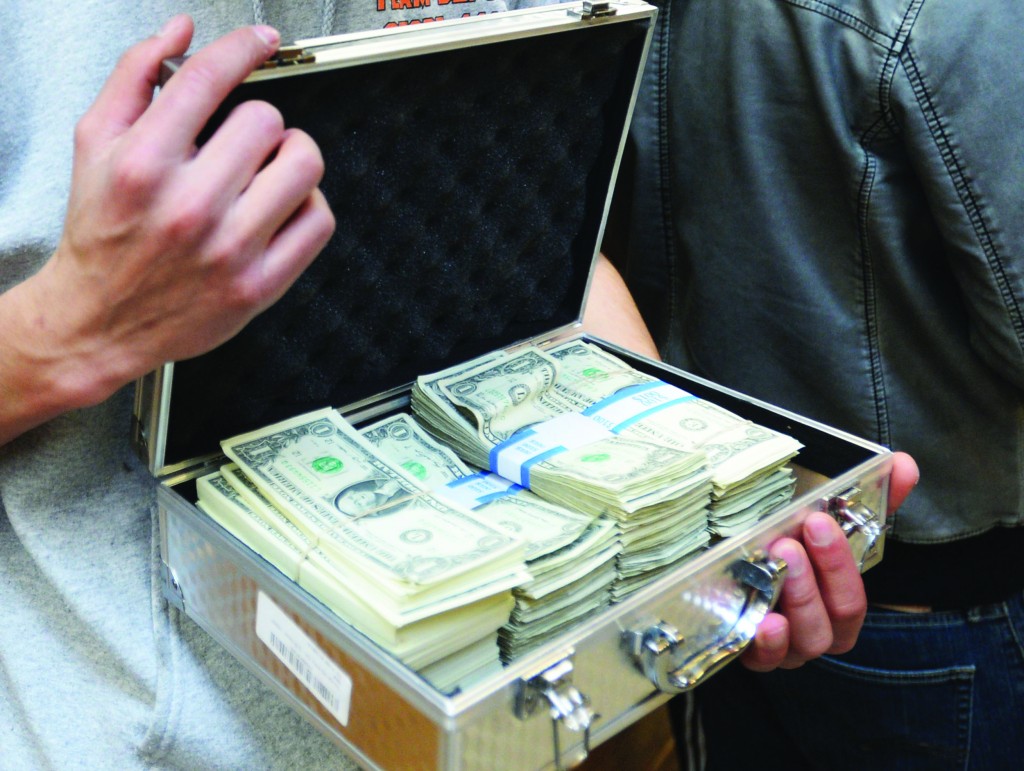 Alaska Is Warmer Than Lower 48

WASHINGTON (AP) – The weather seems more than a bit upside down.

Parts of Alaska were 30 degrees warmer than normal, southeastern Alaska hit 57 earlier in the week and the forecast for the rest of week was more unseasonable warmth, said National Weather Service climate science manager Rick Thoman in Fairbanks. He said it’s possible that the state record January high of 62 could be broken later this week.

Atlanta dropped to 16, Washington, D.C., to 9 and Central Park in New York fell to 7 on Wednesday.

The jet stream — the river of air that dictates much of America’s weather — is meandering again, said Jeff Masters, meteorology director at Weather Underground. So warm air is flowing from near Hawaii north to Alaska and from Canada south to the Lower 48.

“This is not the kind of weather most Alaskans like,” Thoman said. “We’d be happy to swap.”

JACKSON, Miss. (AP) – The deer hunter figured sneezing had blown his chance at a deer, but blowing his nose brought a big buck running.

Ron Manning of Hinds County said he’s hunted deer for 54 years and had never seen anything like what happened earlier this month — though he did once see a deer that tried to eat grape bubble gum and got gum all over itself, he told The Clarion-Ledger .

On Jan. 16, he said, he suffered a volley of nine sneezes in 10 minutes. He tried to muffle the noise in his elbow, but figured he had no chance of seeing a deer for an hour.

The next thing he knew, “a 17-inch, 8-point came roaring in,” Manning said. “He had his ears laid back, his eyes glazed over and the hair standing up on his back. Obviously, I said something to upset him because he came to fight. He wasn’t cautious. He came in running.”

“He was wide open, coming to me,” Manning said.

Manning joked that instead of a grunt/wheeze call, this deer was fooled by a cough/sneeze.

“I wish I knew exactly what I did so I could duplicate it,” Manning said.

SAN JUAN, Puerto Rico (AP) – A thief in Puerto Rico has gotten away with the makings for one giant omelette.

Police in the U.S. territory say they are looking for someone who stole more than $22,000 worth of chicken eggs. They didn’t specify exactly how many eggs are in the missing shipment.

Officers said that a refrigerated truck parked in a distribution center in the north coastal town of Hatillo was taken along with the eggs inside.

COLORADO SPRINGS, Colo. (AP) – A man wanted by Colorado authorities is in custody after he fell through a ceiling while being chased by police and took refuge in a bathroom.

Colorado Springs police say 27-year-old Andrew Stiern burst into Comfort Dental  and attempted to escape through the roof. But the attempt failed when he fell through the ceiling.

Police say he then barricaded himself inside a bathroom and refused to surrender. After negotiating with police, Stiern turned himself in.

SALT LAKE CITY (AP) – A University of Utah student says he paid his tuition bill with 2,000 one-dollar bills as a silent protest against the rising cost of college.

Luq Mughal brought a metal case full of greenbacks to the school, the deadline for payment. He says he collected the cash from several banks.

The 21-year-old says he gets a discount because his father is a faculty member and acknowledges his situation is far from the worst on campus.

Undergraduate in-state tuition rates have more than doubled in Utah over the past 10 years. Trustees set a 5 percent tuition hike this year, saying they needed to fund a cost-of-living raise for employees as state funding declines.

LONDON (AP) – It’s a mishap that will cement itself in London transit lore.

A major line on the London Underground was largely shut down after fast-setting concrete leaked into signaling equipment.

Subway operator Transport for London initially identified the cause of the problem on the Victoria Line as “flooding.” But London Underground later said contractors working on a new station had leaked water and cement into a signal control room, damaging equipment.

The London subway system, the world’s oldest, sees about 3.5 million journeys each day.