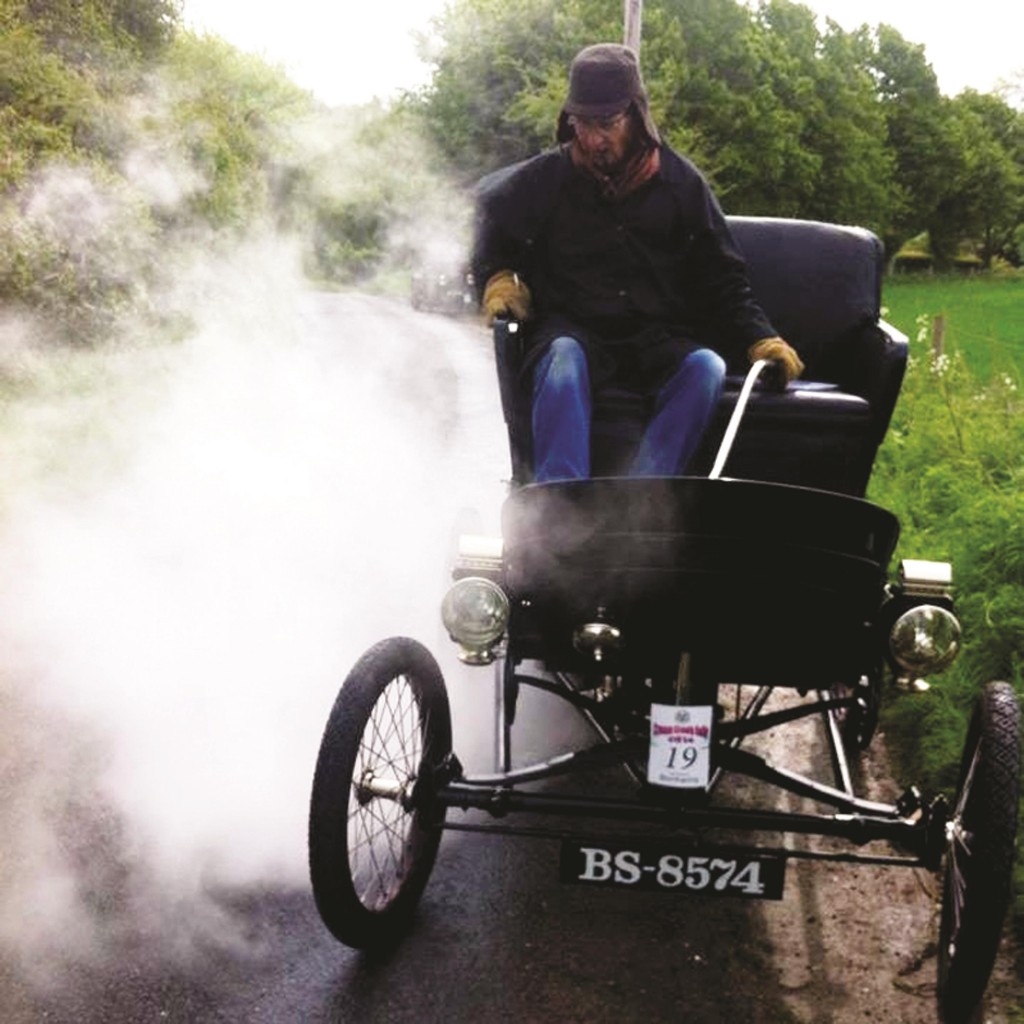 AMAGON, Ark. (AP) – A two-headed snapping turtle has been born in Northeast Arkansas.

The Jonesboro Sun reports the baby turtle was discovered last week at the NEA Turtle Farm in Amagon.

An employee says the common snapper was discovered among a group of 30,000 that will be shipped to China. Workers say they previously found a hatchling with one neck and two heads that died in birth.

A state biologist says turtle mutations are rare, but are becoming more common.

Another employee says the turtles are typically sold for education or research, but that they are looking for a home for the unnamed two-headed turtle. He says the animal is for sale and will probably go to a collector.

PHOENIX (AP) — Two brothers from Britain are going back in time — using a unique automobile.

Nick and Chris Howell are poised to move full steam ahead Tuesday in re-creating a drive from Flagstaff to the Grand Canyon that was first undertaken at the turn of the 20th century. They will be riding in a Toledo Steam Car they spent more than eight years restoring.

“Flagstaff hasn’t seen the car for more than a hundred years,” said Chris Howell, whose vehicle converts water into steam, which pushes the pistons inside the engine.

The Toledo Steam Car is what Los Angeles photographer Oliver Lippincott used when he attempted the same 60-mile drive in 1902.

Lippincott, along with two friends and a local guide, set off on Jan. 3, 1902, in a steam car attached to a trailer hauling supplies. The journey they expected to take three hours ended up taking three days, according to the book “Grand Canyon-Flagstaff Stage Coach Line.”

The group was plagued with problems. The vehicle’s boilers froze over, and its fuel got contaminated. They set out on foot to get help, and by the time they got within 18 miles of the Grandview Hotel at the Grand Canyon’s South Rim, only one man was able to keep going. They were rescued and, ironically, horses pulled the steam car back to the hotel.

Tom Martin, secretary for the Grand Canyon Historical Society, said it was still a great feat at the time. The journey showed the potential for Flagstaff to have a technological edge by offering a way for cars to reach the Grand Canyon, which was already a tourist draw.

Jim Merrick, an archivist at Kingfield, Maine’s Stanley Museum, which chronicles the history of the Stanley steam car company, said steam cars began gaining popularity in the 1890s for their lightness. Using technology pioneered by the French, steam cars utilized coal or gasoline to heat a boiler or burner. The high pressure converted water into steam to power the engine.

But by 1910, sales of the vehicles started to plummet as gas cars improved and got more popular, Merrick said.

They have only located 13 other Toledo owners, all with vehicles lacking the larger parts. As a result, the brothers believe their steam car may be the original used in 1902. Martin, of the historical society, agreed that it is a real possibility.

The car already has had quite the journey. The siblings shipped it from England to Los Angeles.

Chris Howell said they will spread the drive out over two days with multiple stops. The schedule calls for the car to travel at about 10 mph. The trek will end at Grandview Point, where the Grandview Hotel used to be. After that, they will bring the car to Scottsdale and Tucson.

Unlike the 1902 group, who didn’t bring food and water, the Howell brothers are coming prepared. They will be traveling with two-way radios in case they run into car troubles.

There will be trucks hauling water for fuel stops along the way. The car holds 6 gallons of unleaded gas and 43 gallons of water. It takes about 45 minutes to start and they use a blowtorch to start a pilot light, Chris Howell said.

The Howell brothers also decided to go for as much authenticity as possible, down to an early 1900s wardrobe.

“It doesn’t look right if you’ve got jeans and a T-shirt, does it?” Chris Howell said.”

VALLEY CITY, N.D. (AP) — The owner of a North Dakota coffee shop is flattered his decision to operate the business on the honor system garnered international attention earlier this summer, but those who equate it to the goodness of all humanity might want to help themselves to a decaf K-Cup.

Brekke and his wife, Kimberly, run The Vault coffee shop in Valley City, a town of about 6,700 people that’s about 45 minutes from Fargo. They renovated a nearly 100-year-old bank building and cut down on overhead by cutting out baristas.

The food and drink is located on a refurbished teller counter at the front of the shop. Coffee lovers can choose java from a commercial brewer, complete with gourmet creams and flavorings, or individual servings from a Keurig brewing system, or K-Cups. There also are soft drinks and homemade pastries.

This unusual setup has given customers a sense of ownership, helped revitalize the city’s downtown — and, in the first 10 months of the business, brought in about 15 percent more money than the asking price.

“I think that people who haven’t grown up in a small, tight-knit community like this are very surprised by honesty,” Brekke said.

For David Brekke, who works from home as a business consultant, the idea seemed logical. He grew up in a small town in Minnesota where one of his neighbors used to leave corn on the cob in the yard with a cardboard box as cash register.

“Nobody ever took the box with the money in it,” Brekke said.

The Vault’s customers can pay by credit card, cash or check. There’s a note below the cash slot that says “No. I.O.U.s.” Another placard notes that exact change is not necessary … “round down and give yourself a break or round up and help us stay in business.”

Yes, there are security cameras, but so far there hasn’t been much to view, Brekke said.

Brekke has turned the space with high ceilings, mammoth windows and unique architecture into a gallery of sorts. It features artwork by local artists, used books for sale, two pianos, online access, and a cupboard with games. Much of the furniture was donated by residents.

“When people heard about it, they just started dropping things off, to make it work,” Brekke said.

It has become the hub of Central Avenue. In addition to regular gatherings, the shop hosts concerts, independent film screenings and club meetings. Next year a wedding is planned. Customers can stay as long as they like, but the shop closes at 9 p.m. in the summer and 10 p.m. in the winter.

Margaret Schneider, an insurance agent from Fargo whose territory is Valley City, said she had been setting up shop at the town library but likes the fact she can eat and drink and talk with people at The Vault.

“The regulars who come in here have become friends of mine,” she said. “It’s a nice meeting place. You don’t have to spend a lot of money and you don’t have to be bored.”