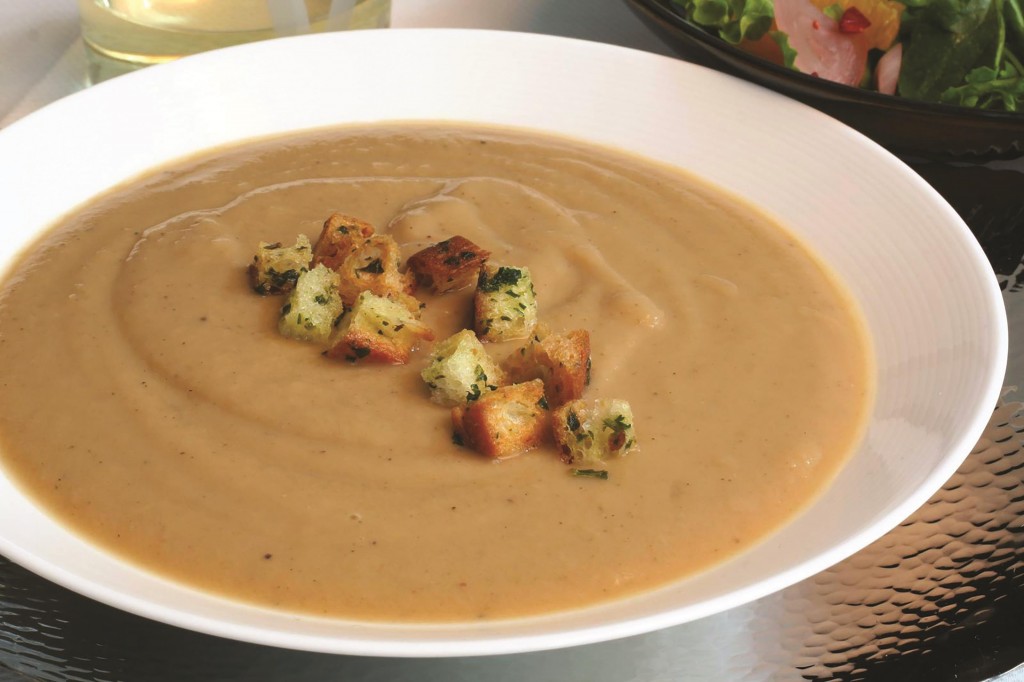 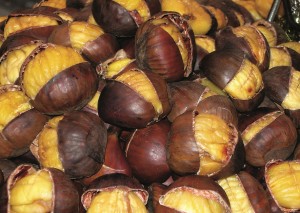 Chestnuts have had an important role in sustaining people for centuries. In mountainous areas where grains did not grow well, chestnuts were dried and milled for flour to make bread. In the Mediterranean, in fact, there were regions where chestnuts supplied the only flour for bread.

The chestnuts we buy nowadays at local fruit stores and supermarkets are mostly imported from Japan. At one time there was a large chestnut crop in the United States, but most trees were destroyed over 100 years ago by disease.

In the last few years there has been a movement by farmers and scientists to reestablish chestnut trees as a viable crop. They have been working with those few trees that survived and grafting them to cuttings from the disease-resistant Japanese trees.

It is a popular misconception that chestnuts contain more fat than other nuts. In actuality, they are only 1 percent fat compared to other nuts that can be as high as 50 percent fat. That is why chestnuts are more perishable than other nuts. They should be stored in the refrigerator and will usually last about a week to 10 days. The fat in chestnuts is mostly unsaturated, and chestnuts have no cholesterol. They are also the only nut to provide vitamins C and A, and calcium.

Chestnuts can be eaten raw, but you’ll enjoy them a lot more if you roast or boil them. Before roasting, cut a shallow “x” on the flat side of each nut. Why the flat side? No special reason; it is easier to cut that side than the rounded side. You can make the cut with a short-bladed paring knife but it’s easier to use a specially designed chestnut cutter. Spread the nuts in a single layer on a sheet pan and bake for 20 minutes in an oven preheated to 400°.

Remove from the oven and allow to cool for a few minutes. The cut shell will have curled back. Squeeze the nut gently between your thumb and index finger and the shell should crack open easily. Remove both the hard shell and soft inner skin before eating.

Some people prefer to boil chestnuts. This method is also preferable if you will be mashing or puréeing the chestnuts for use in a recipe. Place whole chestnuts in a pot with enough water to cover them. Bring water to a boil and continue to boil 6–7 minutes. Turn off heat and allow to cool a few minutes.

Remove 3 or 4 nuts at a time and peel with a sharp knife.

Chestnuts are sometimes referred to as “brain food” not only for their healthful properties but also because their unusual shape is similar to that of the human brain. Go ahead and check it out for yourself!

You can use fresh chestnuts and roast them at home or take a shortcut and buy a few packages of prepared chestnuts.

canola oil for soup and toppings

Heat 2 tablespoons oil in a large saucepan, over medium heat. Add the onion, celery, carrot, garlic and 1/2 teaspoon salt. Cook, stirring, until soft, about 8 minutes. Add the chicken broth and 2 cups water. Bring to a boil, then reduce the heat to medium low and simmer 5 minutes. Chop the chestnuts; add to the pan and simmer until the chestnuts and vegetables are tender, about 10 more minutes.

Purée the soup in a blender until smooth. Add the soy milk and salt to taste. Keep warm.

For the croutons, heat oil in a skillet over medium heat. Add the bread and cook, stirring, until golden, about 5 minutes until browned. Transfer to a bowl.