Columns Nutrition Nuts Are Packed With Nutrients, But Only Four In 10 Americans Eat Them
Nutrition 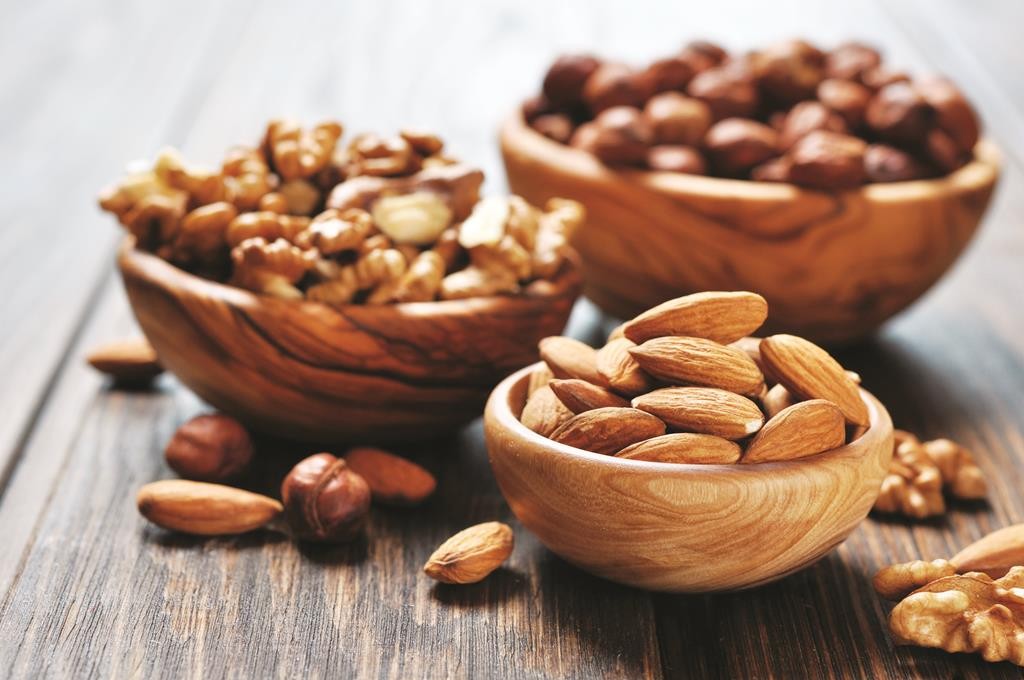 Even though nutrition experts say it’s a good idea to eat nuts to keep your heart healthy, only four in 10 American adults eats nuts on any given day, and more women than men consume nuts, according to a recent federal study.

Nuts are packed with nutrients and high in protein, and their consumption has been linked in studies to a reduced incidence of heart disease in both men and women. Federal dietary guidelines say that 1.5 ounces of nuts, or about a handful, is the daily amount that may reduce heart disease. That’s roughly between 240 and 280 calories, depending on the type of nut.

The new report by the Centers for Disease Control and Prevention found that almost 40 percent of adults ate nuts on a given day, that older men and women (age 60 and over) ate more nuts than their younger counterparts, and that whites ate far more nuts than did other racial groups.

Most nuts were eaten as stand-alone items, but consumption included nut butters and nuts as ingredients in candy, breads, cookies and other mixed food. The study definition of nuts includes a wide variety of nuts as well as peanut butter, pumpkin seeds, sesame paste and tahini.

Still, of those who were eating nuts, only 14 percent of men and 12 percent of women were eating the recommended amount for cardiovascular health, said Samara Joy Nielsen, a nutritional epidemiologist and lead author of the study.

“But just like everything else, if you eat in moderation, they are really good for you.”

Data in the report comes from the National Health and Nutrition Examination Survey from 2009 through 2010, the most recent information available. Although researchers conducted in-person interviews with 5,762 people across the country about what they ate during the previous 24 hours, the report does not analyze which nuts were the most popular.