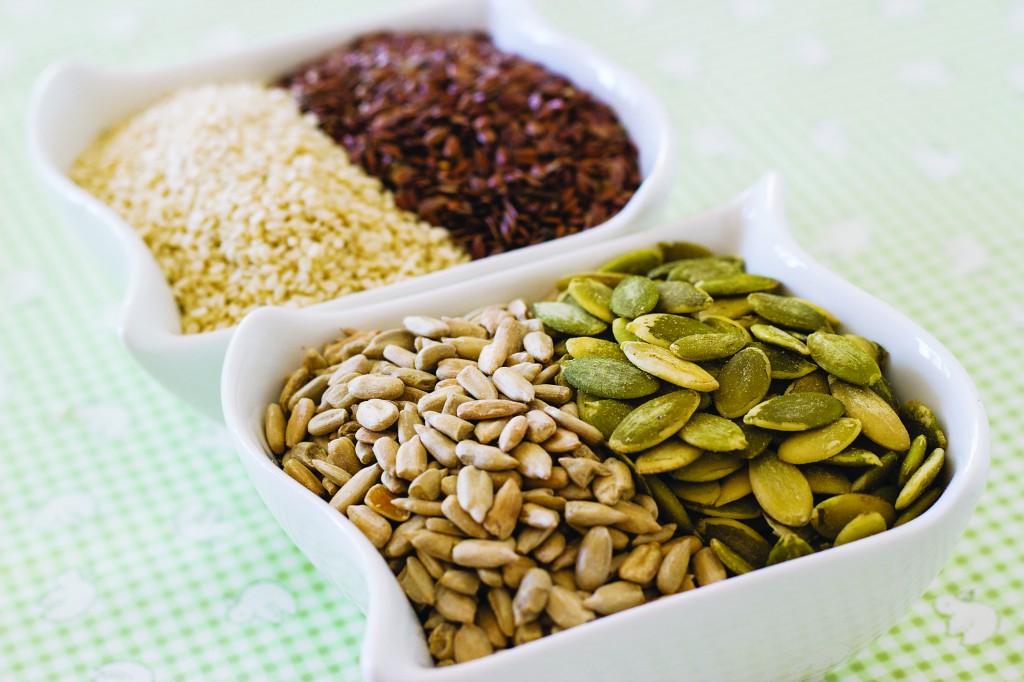 We’ve heard of problem skin being treated with everything from salicylic acid to antibiotics.

But yogurt and blueberries, flaxseed and salmon?

“It’s really true that you are what you eat,” says McCusker, adding that the condition of your skin often tells a story about your overall health and well-being.

No wonder, then, that sugar — a culprit in many health problems including diabetes and obesity — is also involved when it comes to skin health.

“Foods that keep your blood sugar low are also good for the skin,” McCusker says. “The first thing I tell people is avoid sugar — which includes refined sugar and high-fructose corn syrup — and processed foods.”

Not only can sugar cause inflammations in the body, but it also adversely affects cell membranes and by extension can break down collagen, she says. Collagen is a type of protein that helps make the skin elastic.

“Stay away from anything that comes in a box,” she says, “both because of the added sugars and because of other additives.”

Instead, she says, gobble up produce of all colors, plus nuts and seeds, to get minerals, fiber and vitamins A, C and E.

For example, she says, nuts and dark green leafy vegetables are full of zinc. Kale is good for vitamins A and C. And sunflower seeds and almonds are packed with Vitamin E.

“For example, omega-3 fatty acids, which are found in wild salmon, help support healthy cell membranes,” says Dattner, who has been treating skin conditions with holistic therapies, including nutrition counseling, for 30 years.

Another smart move is the addition into the diet of probiotics, which can be found in yogurt and kefir as well as nutritional supplements. (She prefers supplements over yogurt because they contain much higher amounts of probiotics.) There is evidence, McCusker says, that probiotics not only help digestive tract health but also help make skin healthy and happy.

Other than yogurt and kefir, dairy is not recommended, she says.

“We don’t need dairy once we are weaned,” she says. “And for many people with acne, dairy can worsen the condition.”

Instead, drink plenty of water.

“The skin is a little like a third kidney. If you don’t have enough water flushing through it, it doesn’t work well,” Dattner says.

Rodman adds that hydration becomes even more important for the skin as we age and consequently dry out. “Dehydration tends to shrivel the skin,” she says.

In the end, healthful food for your skin — the kale, flax, wild salmon, nuts and seeds as well as limited amounts of processed food and dairy — is what’s healthful for the rest of you, too.

“It’s about taking a logical approach to skin and nutrition,” Rodman says. “When you promote good skin, you promote overall good health.”

In addition to healthful food and hydration, promoting good skin requires a holistic approach. Keep an eye on stress, physical activity levels and sleep, and protect your skin from too much sun and environmental hazards, Dattner says.

Remember, he says, some people have spent a lifetime on antibiotics to prevent breakouts. So don’t expect glowing skin after a week of clean living, he says.

“If you have had bad habits — including bad nutrition — for 15 years, it’s not realistic to expect changes in two to three weeks,” he says. “But start moving in a sensible direction — eating less sugar and more vegetables — and begin to identify what makes a difference for you.”