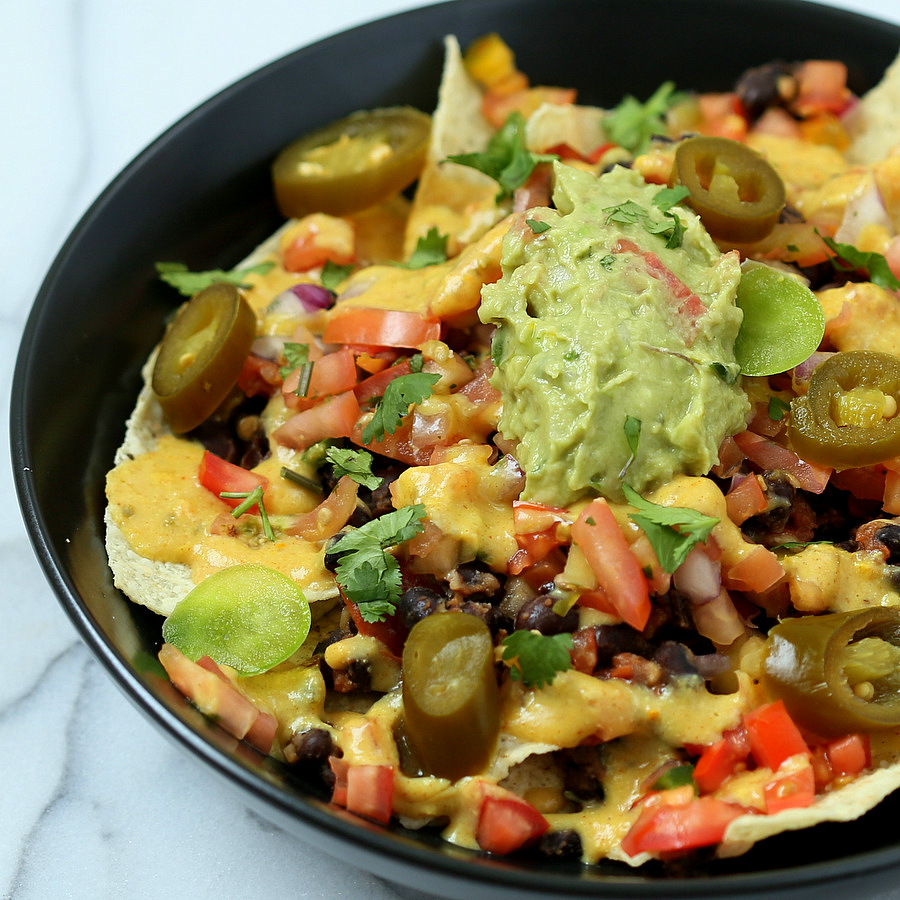 Nachos originated in Mexico, of course, just over the border from Texas. In 1943, the wives of U.S. soldiers stationed at Fort Duncan in nearby Eagle Pass were in Mexico on a shopping trip, and arrived at a restaurant after it had already closed for the day. The manager, Ignacio “Nacho” Anaya, invented a new snack for them with a few ingredients he had available in the kitchen: tortillas and cheese. He cut the tortillas into triangles, fried them, added shredded cheddar cheese, quickly heated them, added sliced pickled jalapeño peppers, and served them.

When asked what the dish was called, he answered, “Nacho’s especiales.” As word of the dish traveled, the apostrophe was lost, and Nacho’s “specials” became “special nachos.”

Anaya went on to open his own restaurant, “Nacho’s Restaurant,” and his original recipe was printed in a 1954 cookbook.

The popularity of the dish swiftly spread throughout Texas and the Southwest before being introduced to Los Angeles diners in a Mexican restaurant in 1959. In the 1970s, sports stadiums began selling it as a snack food during ball games, and its popularity took off. Nowadays, there are many versions, using cheese or meat or added vegetables like tomatoes, black beans or avocado. You can make yours from scratch with wraps or tortillas or take the quick and easy route by using ready-made tortilla chips.

For the Pico de Gallo:

1 jalapeño, seeded or not, diced fine

Heat the oil in a frying pan over medium-high heat; add half the onion. Cook it until starting to soften, then add the ground beef. Cook the meat until it’s totally browned, and then drain the fat. Add the spices and salt and stir to combine. Add the beans, and water and stir. Reduce the heat to low and simmer while you prepare the other ingredients.

To make the pico de gallo, combine the other half of the onion with the tomato, jalapeño, cilantro or parsley, lime juice, and salt. Stir it together, and set it aside.

To build the nachos, place a layer of tortilla chips in an oven-to-tableware dish. Top with a layer of the beef mixture, then add another layer of chips, continue layering the chips and beef. Sprinkle some non-dairy cheese in between the layers if you are using it. Heat the broiler and place the dish in to broil for a few minutes to melt the “cheese.”

Sprinkle on the diced avocado and plenty of pico de gallo. Serve immediately.

Heat oven to 425°F. Line a sheet pan with foil and coat with cooking spray; spread chips evenly on sheet. In a bowl, combine beans, pepper, corn and cumin; spoon over chips. Top with olives, jalapeños and cheese; bake until cheese melts, 5 to 6 minutes.