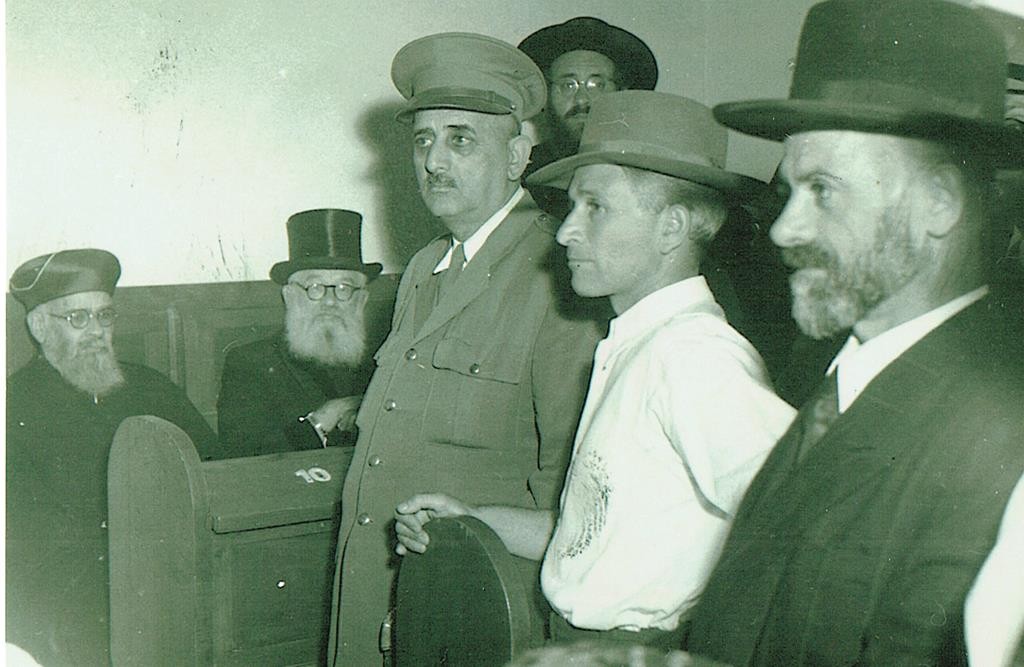 We had never been too rich, but in the years following my father’s forced departure we had no parnassah at all, no money to live on. In the middle of the town there was an area which held mineral water used for washing clothing and other needs. I had a bicycle with which I transported this mineral water in buckets and sold it. With this money I supported the family for about a year and a half. In addition to being a water carrier, I took on the job of collecting the money from people who had pledged money for an aliyah or some other cause; I would go from house to house to make these collections. This was considered a good job because I was allowed to keep 10 percent of the money I collected. Another job that I accepted upon myself was announcing the time and place when a levayah would be held. Early in the morning they would wake me up to circle the town with the information. I also auctioned off Chumashim and siddurim. In this way I was able to help my mother, who was left alone with the family.

Every once in a while they would select a certain number of people from the casonya [military base] to be transported to a faraway place where the work was very hard. Those who were rich were able to pay off the guards to notify them when there would be a selection.

My mother cooked all the meals for my father and brought them to him. One day my father noticed that the area was extremely empty; almost everyone was gone. There was one guard there who, in the good times, did business with my father. My mother approached him and he told her that they were getting ready to make a selection. He managed to get my father a pass to leave for a while and that is how he was saved.

Then the gezeiros started: Jews were forced to wear a yellow star. They were not allowed to travel. Jews were no longer allowed to own businesses; they had to take in a gentile partner. And the gezeiros continued coming.

Did you spend time in the ghetto?

Nove Zamky was a large town with Jews living all over. The Germans passed a law that a ghetto would be erected in a certain area around the shul — an area of about 10 blocks. It was mandatory for all the Jews to live inside this ghetto. We lived together with two other families. The gendarmes came knocking at the door with an order that we had 2–3 hours to pack a few things and be ready.

All the Jews were told to gather in the big yard around the police station. Each person was allowed to take along two shopping bags.

Now that the Jews were living in one area they were ready for deportation. When it was our turn, my sister politely asked the officer to excuse her for a moment, for she was a tzenuah and wanted to get dressed in private. The officer refused her request and screamed at her, saying, “You are nothing but a Jewess.” Each person was examined for any valuables. Of course they gave each person a receipt, but the receipt had no value and everything was confiscated, never to be returned.