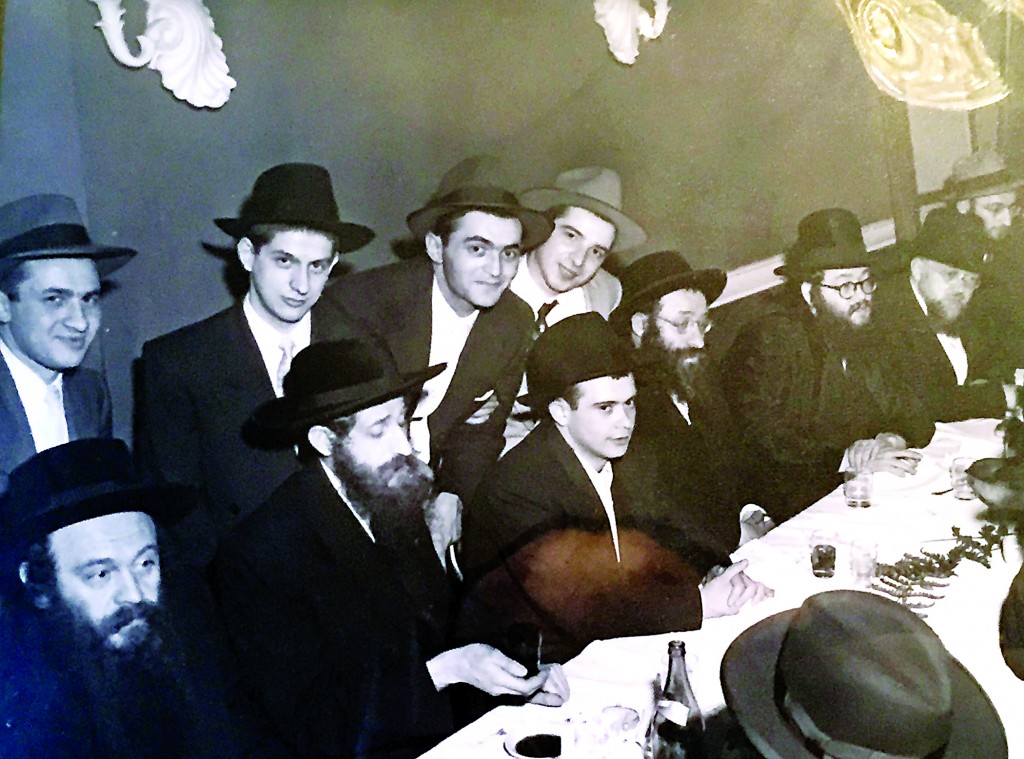 What kind of education did you receive?

Since there was no cheder in the town of Szolgyen, my parents planned to send me to my grandparents’ town. It was decided that I would go to the home of my paternal grandparents, Zeide Avrum and Bobba Necha, in Dubove. After my great-grandmother’s passing, my great-grandfather, the Zeide Shlomo Leib, lived with my grandparents. The room he slept in was also used as a cheder classroom.

In the cheder in Dubove I had a few different rebbeim. I learned first by the Dardiker Rebbe, Reb Mendele — a very short man; he began by teaching me alef-beis. I continued on to Reb Moshe Sender, who was my uncle.

Bobba Necha tried to feed me corn bread, which I was not used to eating, and I just couldn’t swallow it. She went to complain to her mother, the Bobba Chaya Sura, about me — that I, having come from Oberland, was spoiled and would only eat bread made from wheat and would not touch the corn bread.

When I was 8 1/2 years old my mother gave birth to another child in her parents’ home in Apsha. When my mother returned home to Oberland, it was decided that I would remain with my grandparents and attend cheder in Apsha. I recall Zeide Leizer Volf waiting up for me each night until I returned home from cheder, to give me supper. Each night he prepared a dish for me consisting of rice and milk.

The rebbi in the cheder was a man by the name of Reb Alter. He kept his belt on the mizrach wall for all to see. There were three types of punishments that kids would get. I wasn’t used to this harsh treatment, for the rebbeim I had in Dubove were gentler. I did not like this cheder. In addition, I did not like the accommodations I was given at my grandparents’ home in Apsha.

I decided to run away to my paternal grandparents in Dubove. Transportation was not easy. But I had some co-conspirators. The rebbi that I would have had in Dubove was Reb Yankel Der Cohen, a very pious person. He had three daughters who never got married, for their father did not have a nadon (dowry) to give them; and in them I was able to confide and trust.

In addition, in the next town of Apshiza (past Oiberapsha) lived my father’s brother, Pinchos. His wife, Glickel, had two brothers who were baalei agalah — wagon drivers. I knew that on certain days of the week they passed Apsha. So I made up with them a specific time after cheder when I would meet them. They had a friend, Simchah, who knew the roundabout ways of travel through the mountains. As planned, I went with my aunt’s brothers and stayed overnight at the home of my uncle and aunt; in the morning, Simchah took me over the huge mountain and left me off two towns before Dubove, in the town of Ganich. It was late afternoon already but Simchah knew that I was familiar with the area and knew how to get to Dubove. I arrived at my grandparents’ home in Dubove. I can never forgive myself for the tzaar that I caused my grandfather Zeide Leizer Volf, who was a tzaddik tamim, and his wife, the Bobba Rivka. It was weeks after I had escaped before they were notified of my whereabouts.