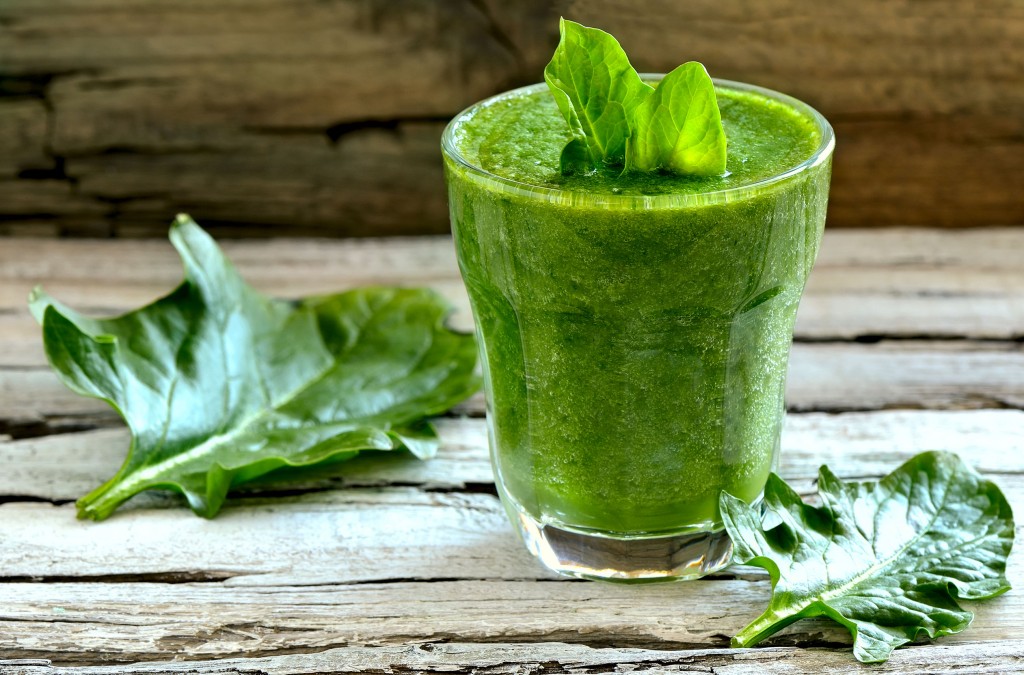 Spinach is mighty tasty and good for you, too. And in the world of super-food greens, this old favorite still has plenty to offer both in flavor and nutrition. Recent research shows that nitrates in spinach actually are energy boosters and help muscles perform more efficiently.

In the West and Northeast, spinach consumption tends to be highest. According to the USDA, spinach has particular appeal in Asian households and for women over 40.

But it’s also trending up with millennials — as drink fodder. With its mild flavor, low calories and high protein content, spinach has become a favorite ingredient in fresh juices and smoothies.

It wasn’t always that way. After spiking in popularity during the 1940s, fresh market spinach all but disappeared during the early 1970s. Spinach only occasionally was consumed; it was mostly frozen and usually creamed.

Then, fresh spinach salads became restaurant darlings and America’s appetite for this leafy green grew. From 1970 to 2005, spinach consumption increased twelve-fold, according to USDA statistics. On average, we eat more than 2.2 pounds a year.

A staple of the Mediterranean diet, spinach can be found in cuisines around the world, thanks to early trade routes. Believed native to what are now Iran and Turkey, spinach has been cultivated for at least 2,000 years. Arab traders introduced spinach to India and other parts of Asia. By 700 C.E., spinach was common in Chinese kitchens and nicknamed the “Persian green.”

Colonists brought spinach with them to the Americas. Prickly-seeded spinach was a favorite of Thomas Jefferson at Monticello, his Virginia home, two centuries ago. Current first lady Michelle Obama included that spinach variety in the White House’s vegetable garden.

Today, Americans like their spinach fresh and crunchy. About three-quarters of all American spinach is eaten fresh, thanks in part to the popularity of triple-washed, pre-packaged cello bags of baby leaves.

As with many crops, California is the spinach state, producing about three-quarters of the U.S. crop. About half of that spinach comes from Monterey County and mild coastal valleys, where spinach can be grown year-round. The San Joaquin Valley also is a major spinach source, with its main harvest in late winter and early spring.

Spinach varieties come in three basic types: savoy; smooth- or flat-leaved; and semi-savoy (hybrid crosses between the first two). Savoy varieties such as Bloomsdale and Merlo Nero have crinkly, dark leaves that can be a challenge to wash. Smooth-leaved varieties are much easier to clean, which is why they are so popular commercially. Semi-savoy varieties have a slight crinkle, but fewer challenges to washing than true savoy types.

According to Samuel Arbesman’s book, an 1870s scientist noted that cooked spinach contained 35 milligrams of iron per half-cup serving. (It should have been closer to 3.5 milligrams.) That incorrect measurement stuck with spinach for many years.

While we now prefer it fresh instead of canned, spinach still can give muscles some pop. And our taste buds like it, too.

Nutrition: Spinach is a “super-food,” packed with nutrition but ultra-low in calories. One cup of fresh leaves contains only seven calories, but 181 percent of the recommended daily allowance of vitamin K and 56 percent of the recommended dietary allowance for vitamin A. Spinach also is a good source for dietary fiber, vitamins C, E and B6, thiamin, riboflavin, folate, calcium, iron, magnesium, phosphorus, potassium, copper and manganese.

One cup of cooked spinach contains 41 calories, with most of those calories coming from its high protein content.

Selection: Spinach is usually sold in bunches or bags of prewashed leaves. Choose bunches with crisp, fresh-looking green leaves with no signs of insect damage. Leaves should appear vibrant and tender, not dull or bruised. Avoid bunches that look yellowed (including stems), limp or slimy — all signs of age and decay. If buying bagged spinach, avoid yellowed leaves or bags with accumulated moisture.

Storage: Do not wash spinach before storage; exposure to water can speed decay. Loosely wrap bunches in paper towels, then place inside a plastic bag. Wrap the bag around the bunches, squeezing out as much air as possible. Then, store in the refrigerator’s crisper drawer. Spinach will retain its freshness for three to five days.

Preparation: Wash leaves just before using or cooking. (That includes prewashed bagged spinach.) Crinkly varieties such as savoy spinach tend to collect dirt; use a bowl of water to submerge the leaves and remove that grit between the wrinkles.

Freeze for later: To keep its bright green color, spinach should be blanched before freezing. Plunge washed leaves into boiling water for 1 minute, then drain. Plunge leaves again into cold water to stop the cooking process, drain and transfer to freezer bags or containers. Freeze and use within six months. Frozen spinach retains its high nutritional content.

Florentine footnote: Although native to Asia Minor, spinach is closely associated with Italy. Catherine de Medici, the Italian-born wife of France’s King Henry II, gets credit for popularizing spinach dishes as “Florentine.” According to food lore, the queen brought chefs from her native Florence to France in the 1500s to cook spinach the way she liked it.

This comfort-food salad’s bold dressing has big umami flavor and meaty texture, thanks to mushrooms and sun-dried tomatoes, plus a heady smokiness from Spanish smoked paprika.

1/4 teaspoon salt, plus more as needed

Toss the spinach and red onion together in a large bowl. Heat 1 tablespoon of the oil in a large skillet over medium-high heat. Once the oil shimmers, add the mushrooms and stir to coat; cook for about 8 minutes, stirring occasionally, until their moisture has evaporated and they are well browned.

Pour the warm mushroom mixture over the spinach and onion in the bowl; toss well until the spinach is well coated and slightly wilted. Taste, and add salt as needed. Serve right away.