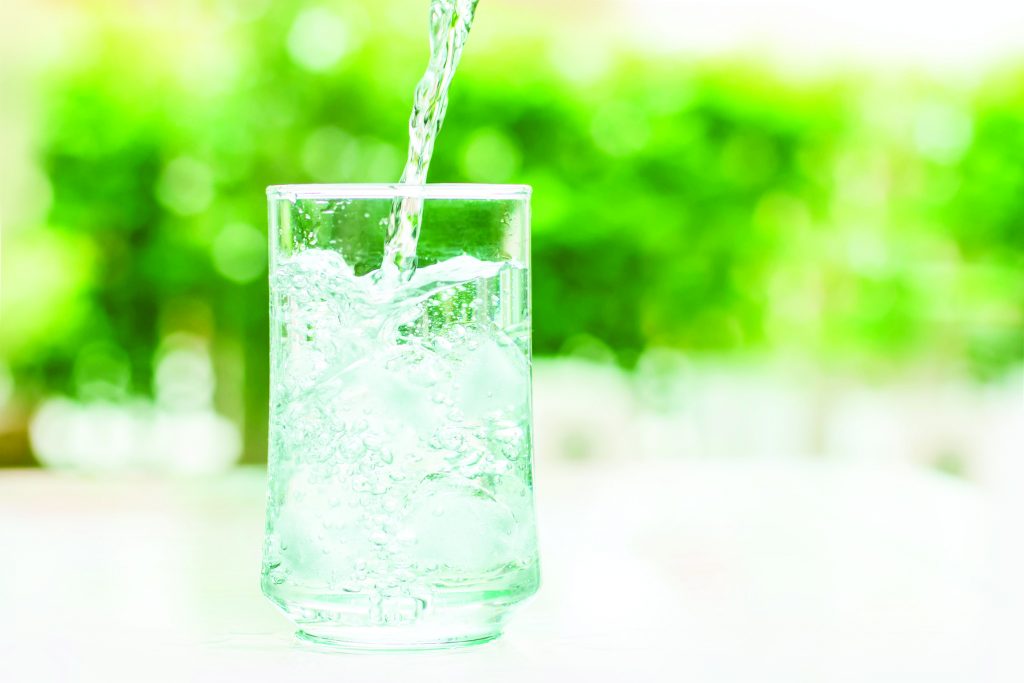 After a group fitness class recently, my instructor called out some familiar words: “Make sure to drink a lot of water today!”

I heard the same advice after a recent massage, and again after a hard track workout. Often, the recommendation comes with vague explanations that involve recovery and flushing things out.

After nodding and gulping a thousand times before, this time I wondered: How much water do we really need?

Water is essential for life, experts say, and dehydration can have negative consequences. But water is also swathed in misconceptions, including the idea that we need to force ourselves to chug it throughout the day — a perception reinforced by dozens of smartphone apps that send hydration reminders as charts, chimes or pictures of growing plants.

For the most part, experts say, our bodies know what to do.

“Your kidneys are an amazing checks-and-balances system for your need for water and salt, and that mechanism is connected to triggers in your brain,” says Alexandra Sowa, an internist at Weill Cornell Medicine in New York. “Your body will know when it needs to drink.”

Among the most enduring myths about water is that we need eight glasses of it a day — a guideline that, according to one theory, originated with a misinterpreted recommendation by the Food and Nutrition Board of the National Research Council in 1945. There remains no scientific evidence that eight is a magic number, but the idea persists, perhaps because nobody has come up with anything more specific.

There probably is no golden number anyway. Needs vary by body size, environmental conditions and activity levels. People also get plenty of fluids from food and beverages other than water.

Still, our cells need water to function, and research has associated dehydration (also called hypohydration) with headaches, dizziness and lethargy. Studies have also shown reductions in short-term memory, efficiency at solving math problems and other cognitive measures after a loss of more than 2 percent of body weight from fluid loss. In one 2015 study that put 11 young men in a driving simulator, errors were twice as likely to occur when fluids had been restricted overnight.

Mild dehydration might be a fairly common state of existence, though it might not matter much most of the time, adds Stephen Mears, a sports nutrition researcher at Loughborough University in the United Kingdom, who co-authored the driving-simulator study. In another 2015 paper, he and colleagues tested the urine concentrations of 156 people across a variety of professions, including teachers and firefighters.

Fifty-six percent showed signs of hypohydration at the start of a work shift. About half of those were still dehydrated after working at least seven hours, and 35 percent of the entire group were dehydrated at the end of their shifts. The researchers did not measure whether or how dehydration affected performance, and, Mears says, the results aren’t necessarily cause for alarm.

“I wouldn’t say it was a problem,” he says. “I would say it’s something that could be improved.”

Weight control is another area where water might help, especially when water is consumed in place of caloric beverages. In one 2012 study of 318 overweight or obese adults, participants who were randomly assigned to consume water or noncaloric diet drinks instead of their usual calorie-containing beverages were twice as likely to achieve a 5 percent weight loss over six months as those who were free to drink whatever they chose.

Yet, other studies have failed to make the same link, and people who want to use water as a weight-loss tool are often left with vague guidelines and few details about when, why or how much to drink, writes nutrition epidemiologist Jodi Stookey in a recent review article.

Her assessment of 134 randomized trials identified possible conditions that might make water more useful as a weight-loss tool. In particular, she suspects that water is most effective when paired with a low-calorie or low-carbohydrate diet.

“You have to eat the right foods to see water’s effects,” says Stookey, at the Children’s Hospital Oakland Research Institute in California. And water might help some diets deliver bigger results. To maintain or lose weight, she recommends drinking water with meals, avoiding all caloric drinks including juice, and drinking enough to ensure that your urine is light yellow.

As for exercise, the American College of Sports Medicine has long recommended that athletes drink enough fluids while exercising to avoid losing more than 2 percent of their body weight. Sweating away more than that might impair aerobic performance, speed, strength and endurance.

But that number has become a subject of debate.

Some people tolerate dehydration better than others. And sometimes, dehydration may offer an advantage. Elite marathon runners regularly lose 5 percent or more of their body weight through sweat during races, Mears says. And some run faster as they become lighter. According to some studies, the fastest endurance runners and triathletes lose more than 3 or 4 percent of their weight during races.

Despite common belief, dehydration also does not seem to raise risks of cramping.

But his sweat rate was not typical. In a study published this year, Spanish researchers analyzed sweat samples taken from 157 experienced runners and found a range in the concentration of salt in the runners’ sweat that was unrelated to age, body size, training or even sweat rate. The amount of salt you lose affects how much salt and water you need to replace to stay hydrated, says Dirk de Heer, an exercise physiology researcher at Northern Arizona University in Flagstaff.

Extra drinking is not required after massages, either, despite the idea that lactic acid gets released by kneaded muscles. “It’s like a catchphrase among massage therapists,” Sowa says. “Nothing bad is going to happen to you if you don’t drink more water after a massage. I just bite my tongue.”

Drinking too much may be a bigger risk than not drinking enough, she adds, diluting sodium levels in the blood and occasionally leading to death. She advises against forcing down more water than you feel you need.