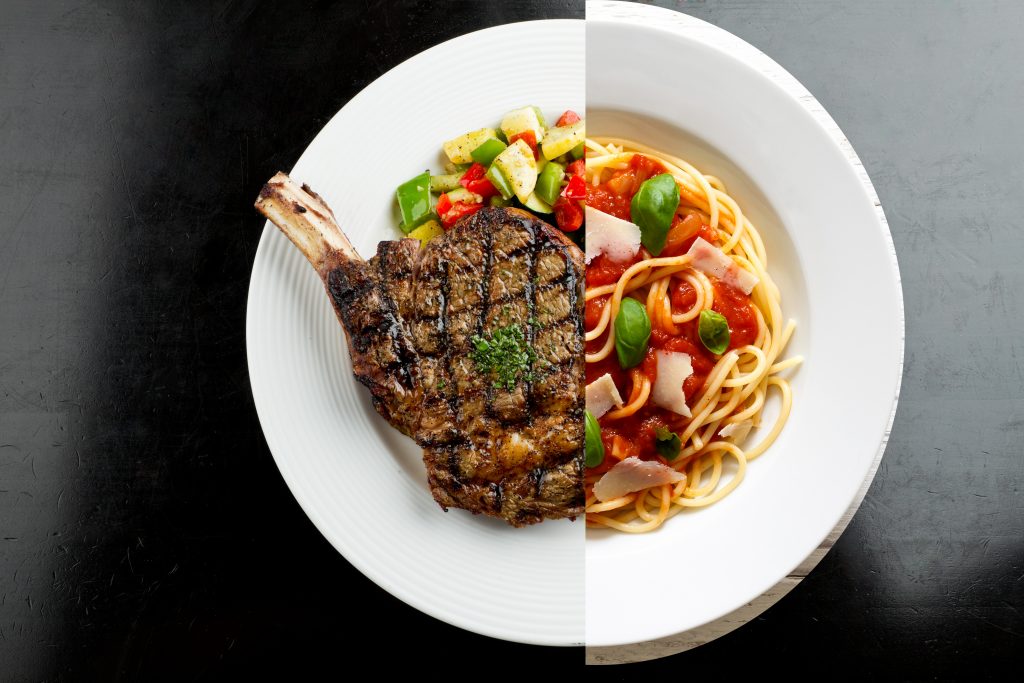 For every patient I have who comes to me believing that a low-carb diet is the way to be healthy or control weight, I have another who has been unable to shrug off the vestiges of the low-fat era, convinced that eating more fat will lead to heart disease or weight gain.

I remind them that the evidence strongly suggests that when you reduce something in your diet — such as carbs or fat — it’s important to be mindful of what you replace it with. For example, when the public was advised to lower fat decades ago, most people swapped it for foods high in sugar and white flour, rather than with fruits, vegetables and whole grains. Not ideal.

When it comes to weight loss, the past several years of research show that low-carb diets may have a slight short-term edge on average, but that neither can claim true superiority, especially given that about 95 percent of dieters end up regaining. A decade ago, a group headed by nutrition scientist Christopher Gardner, professor of medicine at Stanford University, published a study comparing the Atkins, Zone, Ornish and LEARN diets among a group of 311 women. After a year, average weight loss was only a few pounds, but when you looked beyond that, the difference between losers and gainers on each of the four diets was huge: some lost 55 pounds, others gained 10 to 20 pounds. Why?

Gardner’s group decided to try to answer that question, focusing not on which diet was best, but which diet was best for whom. Some preliminary research — including one study from Gardner’s group published in 2012 — suggested that how someone’s body responds to the hormone insulin may be key. And then there’s our individual genetic makeup — could it predispose us to thriving on less fat, or less carbs?

I had been looking forward to hearing the results of Gardner’s more recent DIETFITS study at a conference a few months ago. When I did, what first struck me was how relatively “real world” this study was, designed to help participants stick to their randomly assigned plan, while following it in a sustainable way. I’ve had a few patients who went on months-long food benders after participating in highly restrictive diet studies, so I consider “sustainable” a critical detail.

Because there’s no standard definition of “low-fat” or “low-carb,” Gardner asked the 609 participants to aim for 20 percent carbs or fat, depending on their diet assignment. After a few weeks, they could adjust upward if needed. “Please help define for the American public what is low-carb and low-fat, not just lower,” he said to them. “What’s the lowest you can tolerate so you can look us in the eye and say, at the end of this period, ‘Yeah, I think that this place where I ended up is something I could do for the rest of my life.’ “

In the end, “low-carb” meant about 30 percent carbs and 45 percent fat, while “low-fat” was about 29 percent fat and 48 percent carbs. Despite not being required to cut calories, participants were eating an average of 500 calories less, and what they were eating was high quality. The low-fat group was encouraged to choose whole grains, a variety of beans and lentils, seasonal organic fruit, organic low-fat milk and lean meats. The low-carb group was pointed toward high-quality oils and fats, organic avocados, hard cheeses, nut butters, grass-fed meat and pasture-raised eggs. “Everyone was supposed to have vegetables all day long as much as they could, have a salad every day, and no added sugar and as little refined flour as you could get,” Gardner said.

The participants lost a cumulative 6,500 pounds, but Gardner and his team found that there was no difference between low-carb and low-fat diets. The average weight loss for each group only differed by about two pounds, and each group had individuals who lost 65 pounds and others who gained 20 pounds. Neither group had an advantage when it came to metabolism slowing or fat loss vs. loss of lean muscle. The hypothesis was that people who had insulin resistance (cells that resist insulin’s cue to take up glucose from the bloodstream) would do best on the low-carb diet, while those who did not would do better on a low-fat diet. That turned out not to be universally true. There was no pattern based on genetic makeup, either. Analysis based on participants’ gut microbiotas is pending.

The takeaway? Don’t pin your hopes on reducing fat or carbs. Instead, consider this overarching theme from the participants who did best on either diet: “Regardless of low-carb or low-fat, we helped them change their relationship to food,” Gardner said. “They didn’t eat in the car, they didn’t eat in the library, they didn’t eat while they were walking. They went to the farmers market more, they cooked more meals with their family.”

While you’re at it, think about which way of eating will satisfy you. Gardner never asked participants to cut calories, but they did, overall, and he thinks satiation may be the key. “Maybe the energy deficit prescription makes them feel uncomfortable and challenged and hungry,” he said. “Maybe if you just say, ‘Eat as much as you want until you’re satiated, but eat this way until you’re satiated’ … I’d really like to look into that.”

Dennett is a registered dietitian nutritionist and owner of Nutrition by Carrie.