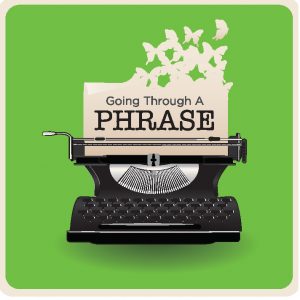 Even in the Pale of Settlement, some people had unsettled rivalries. Like the two merchants who met in a railway station in Belarus.

“Where are you going?”

Lies come in all sizes and flavors. And liars come in all persuasions and races — especially political races. Mendacity and womendacity are equal opportunity employers.

I hereby declare the following discussion to be nonpartisan. It is not an endorsement of — nor endorsed by — any elected official, candidate, or political party. Nor is it a sermon. I’m neither a pundit nor a Rabbi.

That said, the current media miasma calls for a close look at the tools of propaganda — “information, especially of a biased or misleading nature, used to promote or publicize a particular political cause or point of view” — The New Oxford American Dictionary (NOAD).

In 1928, Edward Bernays, known as the father of public relations, wrote the book on Propaganda.

“The conscious and intelligent manipulation of the organized habits and opinions of the masses is an important element in democratic society. Those who manipulate this unseen mechanism of society constitute an invisible government which is the true ruling power of our country.”

One of the power tools of propaganda is the big lie. Safire’s Political Dictionary defines it as “A falsehood of such magnitude and audacity that it is bound to have an effect on public opinion even if it is not given credence by a majority.”

It was a favorite technique of Adolf Hitler.

Attorney Mike Godwin originated the “theory that as an online discussion progresses, it becomes inevitable that someone or something will eventually be compared to Adolf Hitler or the Nazis, regardless of the original topic” (NOAD).

But it’s a false alarm.

I am not comparing anyone to a Nazi by pointing out the use of a technique favored by the Nazis. I’m focusing on the use and abuse of language. As a strategy, the big lie is a narrative approach. Only this is “narrative” in its sense of spin — manipulation of language for disinformation.

“The size of the lie is a definite factor in causing it to be believed, for the vast masses of a nation are in the depths of their hearts more easily deceived than they are consciously and intentionally bad. The primitive simplicity of their minds renders them a more easy prey to a big lie than a small one, for they themselves often tell little lies but would be ashamed to tell big ones. Something therefore always remains and sticks from the most impudent lies, a fact which all bodies and individuals concerned with the art of lying in this world know only too well, and hence they stop at nothing to achieve this end.”

The big lie was later used by Senator Joseph McCarthy, the evil wizard of guilt by accusation. He launched a “Red Scare” that terrorized the nation in the 1950s with allegations of communists lurking everywhere in industry and government. His name became immortalized in the term McCarthyism — “a campaign or practice that endorses the use of unfair allegations and investigations” (NOAD).

Lately, it’s been open season on truth. We’ve seen the big lie poisoning the atmosphere, choking the life out of the body politic. Pick your own side and examples. Just protect yourself with a good filter. Nuff said.

Disclosure: As Mark Twain said, “I am different from Washington; I have a higher, grander standard of principle. Washington could not lie. I can lie, but I won’t.”

I’m no George Washington. I spent years in the muddy trenches of mail order advertising. That’s not the glamorous advertising you see in glossy magazines. That’s the offspring of patent medicine ads. Those, in turn, grew out of the old snake oil medicine shows, where peddlers hawked quack remedies for every malady — real or persuaded.

I became skilled in the copywriting trade, specializing in edgy direct mail sweepstakes promotions that led one state attorney general to ask the company’s lawyer, “Who comes up with this stuff?!”

I’m not bragging. And I’m not indulging in true confessions. I’m just saying I earned my stripes in chicanery.

Thank Heaven, I’m out of the field now. But, like the reformed safecracker in the O’Henry story who used his old skills to rescue a child from a bank vault, I still know a hustle when I see one.