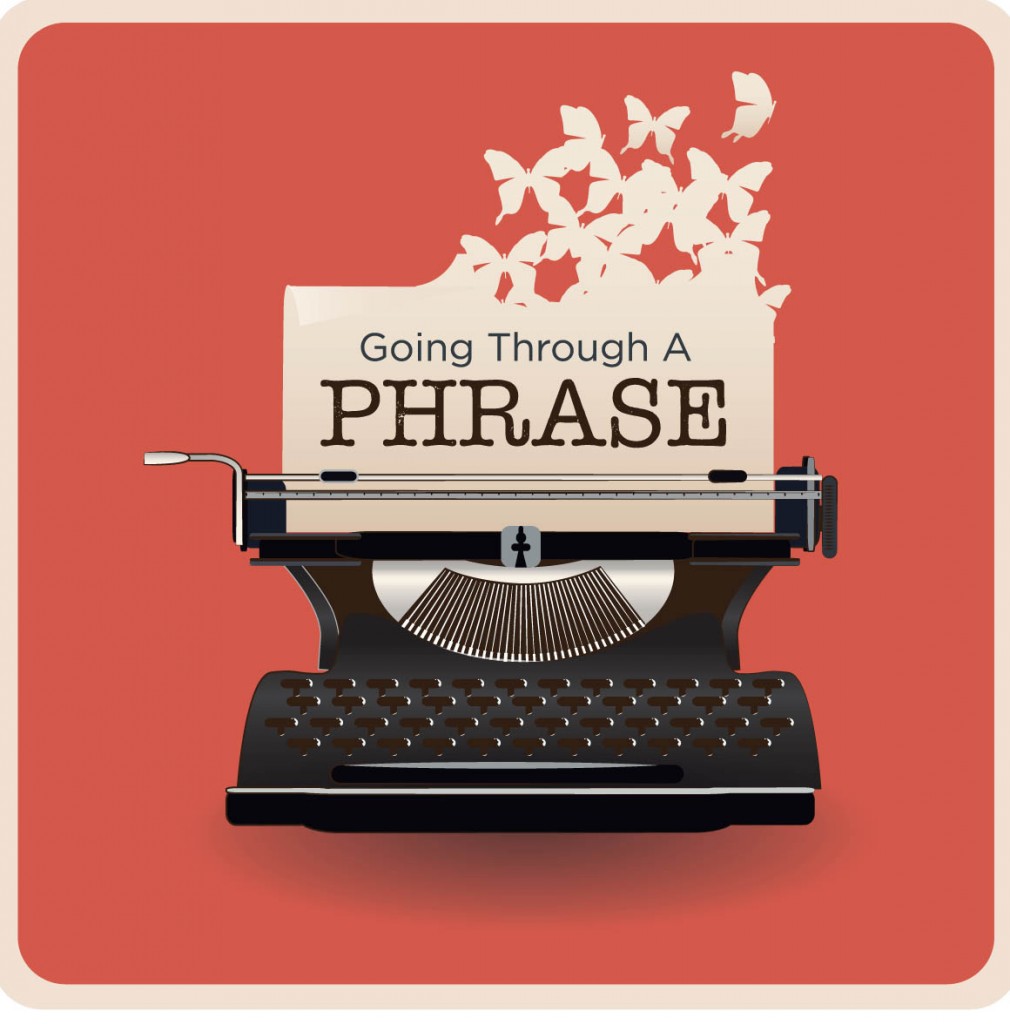 Today’s lesson: Don’t give advice that you weren’t asked for.

It won’t be appreciated or productive. And never — even if you’re a hoo-ha language columnist whose family thinks you’re a gantze maven and know everything because you could look it up — NEVER ever correct your family’s and friends’ English.

Schiller’s Law of Correctional Facility: The likelihood of your correction being correct is in inverse proportion to the ease and certainty with which you offer it. In other words, the more facile and overconfident you are in correcting other people, the less likely you are to be right.

Schiller’s Law of Relativity: E=mc2. The energy (E) you have to expend in cleaning up the relative mess (m) you make is a multiple of the speed of sound (c) squared. That is, the closer you are to the person you correct, the less likely what you say is to be correct. And the worse the fallout.

Violate these laws at your own risk.

A close friend told me, “I loaned them the money.”

Yup. You guessed it. Before I could catch myself, the words were already out of my mouth:

I knew my street creds were in the gutter when my friend replied, “I’ve always said it that way.”

In response to this devastatingly descriptivist declaration, I sought aid from the most prescriptivist purist I could find: Henry Watson Fowler.

But Fowler failed me. The listing for “loan” in Fowler’s Dictionary of Modern English Usage said: “The verb has been expelled from idiomatic southern English by lend, but it was formerly current, and survives in the U.S. …”

In a panic, I opened Eric Partridge’s Usage and Abusage. Good old Partridge. Even the book title has an edge. Surely, I could rely on the man who, speaking of substituting “invite” for “invitation,” said: “invite for (an) invitation is incorrect and ill-bred and far too common.”

But I was doomed to disappointment. As I read aloud, Partridge sealed my fate: “loan as a verb for lend is good American, but it is not yet good British English. …”

“When was that written?” my friend asked.

“Well, I was born after that!”

Now I was truly desperate. Books started flying off the shelves. Aha! In The Careful Writer, Theodore Bernstein still leaned toward lend for the verb. But that was in 1965. Six years later, in Miss Thistlebottom’s Hobgoblins: The Careful Writer’s Guide to the Taboos, Bugbears, and Outmoded Rules of English Usage, Bernstein wrote:

“Although most expert users of English dislike loan as a verb … it must be acknowledged that the usage is sanctioned by dictionaries. If you are not offended by “Friends, Romans, countrymen, loan me your ears” … you may go along with the dictionaries and you will always have a defense.”

GMAU ruled on loan; lend: “In strict usage, lend is the verb and loan the noun. The verb loan is considered permissible, however, when used to denote the lending of money (as distinguished from the lending of things).”

Then Garner classifies their stages of usage. Despite Garner’s being a Texas law man, his “stages” have nothing to do with being sent out on the next stage. They are part of his “Language-Change Index,” a 1-5 hierarchy of verbal changes. They range from (1) a new emerging form, still substandard, to (5) “universally adopted except by a few eccentrics. It’s a linguistic fait accompli.”

Garner defines stage 3 as “commonplace even among many well-educated people, but it’s still avoided in careful usage.”

For me, though, “careful usage” has a new meaning: be careful whose usage you correct. Otherwise, you could wind up in the loan star state.