It’s All In Your Head 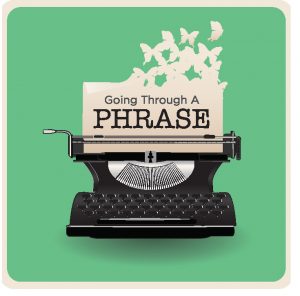 Pull up a chair. I’ve got a story for you.

Back when I was a mail-order copywriter, one day I was drinking decaffeinated coffee. (It was before a fast day and I was weaning myself off caffeine.) Then I noticed something weird. Even though I knew it had no caffeine, it still gave me a lift.

Somehow, whether because of the taste or the ritual, it gave me some of the feeling of a real cup of coffee.

If you’re thinking placebo, we’re on the same page.

OK, so what is a placebo? Oxford English Dictionary defined it as “A drug, medicine, therapy, etc., prescribed more for the psychological benefit to the patient of being given treatment than for any direct physiological effect; esp. one with no specific therapeutic effect on a patient’s condition, but believed by the patient to be therapeutic (and sometimes therefore effective).”

Merck Manual, a standard reference for doctors and pharmacists, took it further: “The term placebo (Latin for ‘I will please’) initially referred to an inactive, harmless substance given to patients to make them feel better by the power of suggestion. More recently, sham interventions … have also been considered placebos.”

Suddenly it hit me. I discovered that a placebo can work even if you know it’s a placebo. Eureka! I was the Louis Pasteur of snake oil.

I told the mail order company’s lawyer about my discovery and that we should start selling placebos.

He came back with a typically cautious response:

I held myself back from telling him to stick to his area of expertise. I knew this was a leap of faith from his defanging my edgy sweepstakes promotions.

Still, he was intrigued enough to ask a patent lawyer friend of his. (Drumroll, please.) The patent lawyer thought I might be right. So that led to my becoming a drummer in a medicine show. No, I don’t mean a percussionist. I mean in the sense of a sales representative. I was drumming up business.

I’d guess the two senses of drummer are related. Around 60 years ago I went to a Lag BaOmer parade. The marching band included a bass drum that said “Deacon Fife’s Magic Remedy — Good for Man or Beast.”

But before the selling came the research. I dove in and became a virtual doctoral candidate in placebology.

At one point, the patent lawyer told me that mass of material I sent him was impressive, but the key point of whether a placebo works if you know it’s a placebo still needs more research. Then he added, “But I know that telling that to you is like telling a kid he has to eat more ice cream.”

I love ice cream, in a manner of speaking.

I went back into the fray.

Not so simple. Who is going to finance research that could show you don’t need to buy drugs? Certainly not the drug companies.

That was way before Ted Kaptchuk of Harvard Medical School ran a study showing that patients who knew they were taking placebos reported twice as much symptom relief as a no-treatment group. At that time the only solid research I could find was a 1963 experiment run by Lee Park and Uno Covi of Johns Hopkins University School of Medicine: “Nonblind Placebo Trial; An Exploration of Neurotic Patients’ Responses to Placebo When Its Inert Content Is Disclosed.”

Park and Covi selected 15 neurotic outpatients at a psychiatric clinic and carefully worked with a prepared script, which read in part: “Many people with your kind of condition have also been helped by what are sometimes called ‘sugar pills,’ and we feel that a so-called sugar pill may help you, too.”

Then, just to be sure, the script explained that a sugar pill “is a pill with no medicine in it at all. I think this pill will help you as it has helped so many others. Are you willing to try this pill?”

Fourteen of the patients agreed. All of them showed improvement. One refused. Her symptoms later increased.

In a 1953 Pogo cartoon, a pelican named Roogey Batoon was selling snake bite remedy. No snake bites? No problem. He carried a snake for unbitten customers. Roogey opened his case and out came Snavely the snake, with a top hat … and an expression that said he was feeling no pain.

“Snavely! Is you been at the remedy again?”

But it goes deeper than a serpent’s tooth.

Norman Cousins referred to the power of positive emotion as “the biology of hope and the healing power of the human spirit.” Hope and faith can actually change biology.

As the Tzemach Tzedek said, “Tracht gut, vet zayn gut — Think good, and it will be good.”