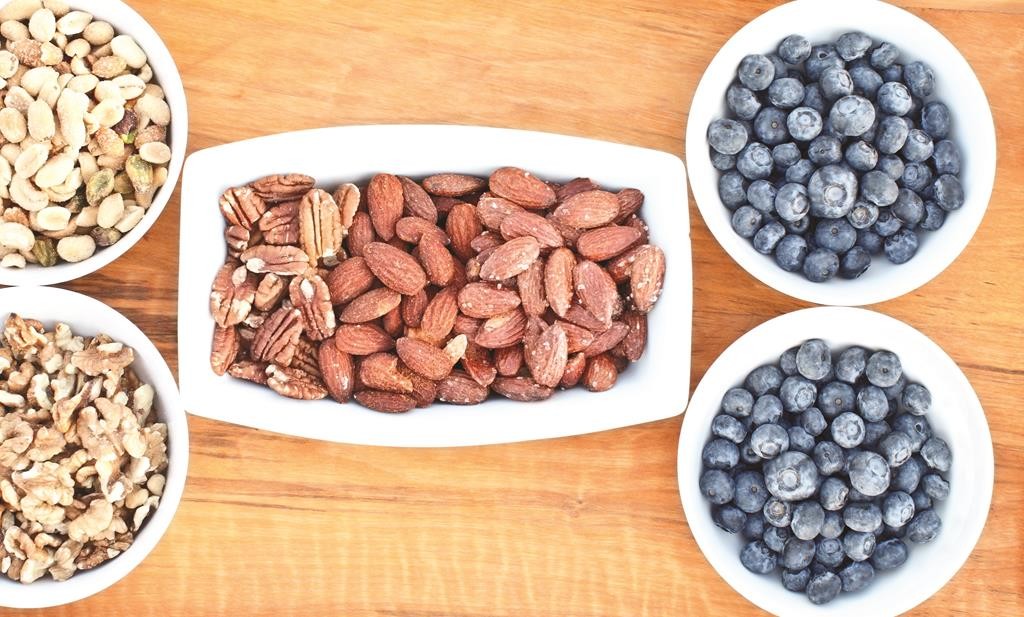 My dear friend’s son, a self-confessed math geek, got married on what some say is “the Pi Day of the century,” March 14, 2015. It had to be explained to me that this date represents the revered math symbol for the number that begins 3.1415 and continues for eternity. (I thought it was because they served pie at the wedding.)

How fitting, though, that Pi Day is followed by Brain Awareness Week, a global campaign to make us aware of research into our important gray matter. Two specials foods, I learned, that are good for our brains, are nuts and berries.

Studies cited in a recent review in the American Journal of Clinical Nutrition Studies show that frequent intake of nuts (up to about an ounce a day) is associated with healthier arteries and hearts, lower blood pressure, and a lower risk for diabetes and cancer. Berries, including strawberries, blueberries, and cranberries, are rich in substances that can improve immune function, protect against urinary tract infections and reduce risks for cancer and heart disease.

It’s the combined effects of certain “bioactive components” in these food categories that appear to be most beneficial to our brains, say scientists. In fact, some experts suggest the positive interaction between these two food categories could be a form of nutrition therapy to prevent or treat some types of brain abnormalities.

And we don’t even have to cook these easy-to-eat snacks and food toppings. We just need to look for them. For example, at the Phoenix hotel where I stayed for the wedding, we were served walnuts and dried cranberries alongside cheese and crackers. Nice touch. Our morning fruit bowl featured blueberries and raspberries.

What’s in these foods to make our brains work better? It’s probably the mixture of various polyphenols, say scientists, that improve cognitive (thinking) function. These compounds fight against oxidative stress and inflammation, common landmarks of age-related diseases and decline of brain power.

Polyphenols in berries, for example, work in the regions of the brain responsible for learning and memory, say nutritional neuroscientists. Recent studies of older people who adhered to a Mediterranean style of eating supplemented with olive oil and/or nuts found lower rates of stroke and depression and improved cognition in the nut-supplemented group. Another study found that volunteers with mild impairments in thinking ability who consumed a bit less than a tablespoon of blueberry juice daily for 12 weeks had improved memory scores.

In the case of nuts, more is not always better, however. Animal studies showed that eating more than about an ounce of nuts a day was not always beneficial.

On my way home from the Pi wedding, I ordered a chicken salad at the airport. And there, peeking out from the lettuce and cucumber slices, were pecans and cranberries. Guess I just need to do the math.