Columns Nutrition Is Splenda Safe? Maybe So, Maybe No
Nutrition 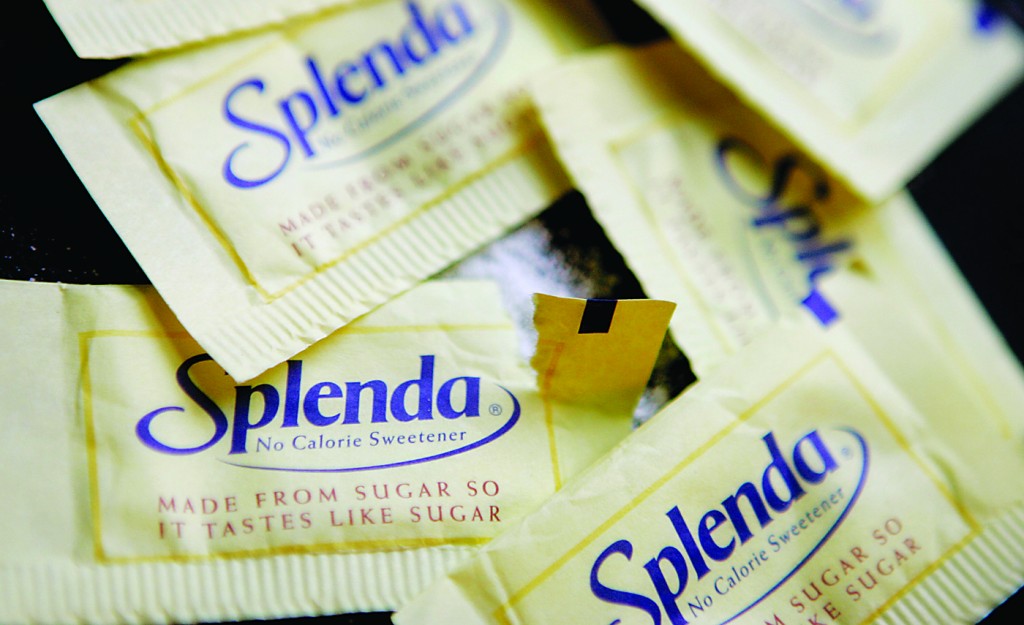 In case a possible link to obesity wasn’t enough, there’s one more reason to avoid artificial sweeteners: new research suggests that Splenda may not be as safe as advertised.

Preliminary research found that mice who ate sucralose — the chemical that’s branded “Splenda” — were more likely to develop leukemia than mice who didn’t eat the artificial sweetener. This study is not conclusive, but it does warrant a bit of caution when it comes to Splenda. This study still needs to be peer-reviewed and published, but when we’re talking cancer, the precautionary principle seems to make a lot of sense.

In a June 12 press release, the Center for Science in the Public Interest (CSPI) had this to say: The Center for Science in the Public Interest is downgrading sucralose, the artificial sweetener better known by the brand name Splenda, in its Chemical Cuisine guide to food additives. The nonprofit food safety watchdog group had long rated sucralose as “safe,” but is now placing it in the “caution” category pending a review of an unpublished study by an independent Italian laboratory that found that the sweetener caused leukemia in mice. The only previous long-term feeding studies in animals were conducted by the compound’s manufacturers.

Their Chemical Cuisine guide rates different food additives for safety. Until now, Splenda had a “safe” rating from CSPI, unlike most other artificial sweeteners. The group gives sweeteners like saccharin and aspartame “avoid” ratings, meaning that it’s either unsafe in the amounts that an average person would ingest or that there is not enough research to determine its safety.

What’s interesting about the statement from CSPI is that despite a possible link to cancer, they say that if you’re going to drink soda, diet soda is still better than regular soda, “which poses the greater and demonstrable risks of obesity, diabetes, heart disease, gout, tooth decay, and other health problems.”

They do reiterate, though, that the best soda choice is no soda, especially since the sugar or artificial sweetener isn’t the only harmful ingredient: “Soft drinks — diet or regular — often contain questionable food dyes and so-called caramel coloring that is contaminated with cancer-causing 4-methylimidazole.”

Skip the Splenda with Healthy Drinks!

Obviously, water is your healthiest drink option, but if you need to mix things up a little, you have options that are healthier than soda or Splenda:

Seltzer: Unflavored sparkling water is a great alternative to soda.

Coconut Water: An all-natural drink straight from the coconut!

Juice: Fruit juice is still pretty sugary, so you should drink it in moderation. If you want to sass up your juice, try adding some chia.