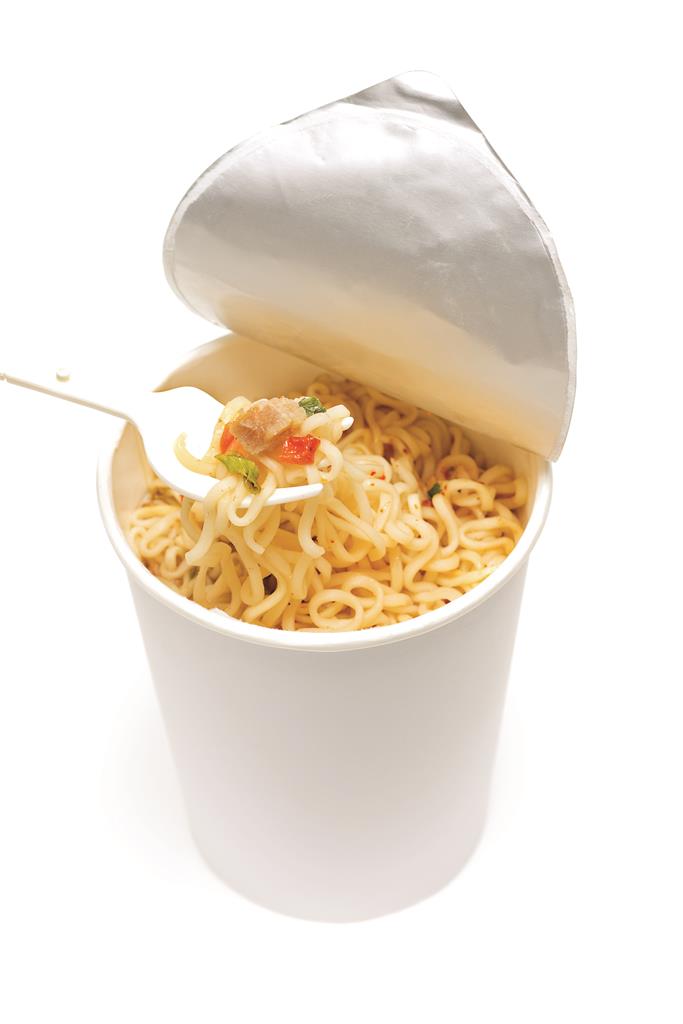 A study published in The Journal of Nutrition found that South Koreans who frequently ate instant noodles were more likely to suffer from heart disease and stroke. Andrea Bertoli at Vibrant Wellness Journal reports, “The doctors conducting the study used information from national health and nutrition surveys conducted between 2007 and 2009 and reviewed data on over 10,000 South Korean adults aged 19 to 64. Their discovery is pretty shocking: People who ate any type of instant noodles more than twice a week tended to suffer from a condition called metabolic syndrome, regardless of their other lifestyle habits like diet and exercise!”

Metabolic syndrome refers to a group of conditions that increase your risk of heart disease, stroke and diabetes. So, what does that have to do with instant noodles?

Researchers took the survey data and broke down eating styles into two broad dietary patterns: “traditional” and “meat and fast food.” They labeled the groups TP and MP. Instant noodles tended to be part of the MP group’s diet, but not exclusively. You might think that maybe these health problems were less about the instant noodles and more about the other foods that the MP folks were eating, but the study authors explain, “neither of the dietary patterns [TP or MP] was associated with prevalence of metabolic syndrome. The consumption of instant noodles ≥2 times/wk was associated with a higher prevalence of metabolic syndrome.”

Andrea explains, “The study also found that ramen noodles are particularly unhealthy because they contain a food additive called Tertiary-butyl hydroquinone (TBHQ), a preservative that is a petroleum industry byproduct. Finally, the containers that hold the beloved cup o’ noodles contain the chemical bisphenol-A (BPA) in the styrofoam. BPA is a probable carcinogen and is considered a hormone disruptor, negatively affecting natural hormones in our bodies such as estrogen.”

There’s been some backlash against this study in South Korea, where instant noodles are part of the food culture for a lot of folks. I’d love to hear from instant noodle fans! Does this study make you want to change your habits? Or do you agree with other scientists who say that the evidence is inconclusive?