Columns Nutrition Inside the World of Flavorists, Who Try to Make Plant-Based Meat Taste Like the Real Thing
Nutrition 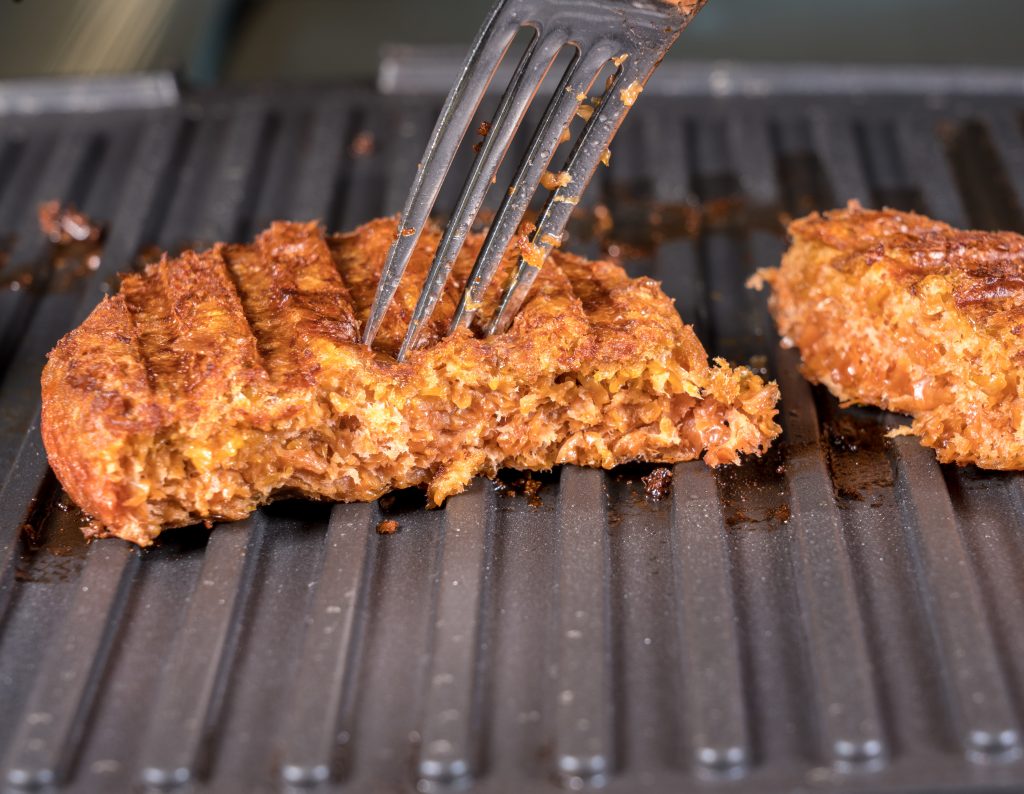 Consumers are beguiled by flavorists without even being aware of it. Flavorists are the people who tinker with nacho cheese dust, and pumpkin spice lattes. They are the tastemakers, driving consumer trends and making food craveable.

Marie Wright and the planet’s 200 or so other flavorists are bringing their alchemy to plant-based meat. It’s the biggest craze the food industry has seen in a long time, driven by concerns about climate, animal welfare and human health. It is still dwarfed by the $49 billion beef industry; however, the Swiss investment firm UBS predicts that growth of plant-based protein and meat alternatives will increase from $4.6 billion in 2018 to $85 billion by 2030.

Despite its swift ascent, plant-based meat is the antithesis of recent trends such as local and farm-to-table dining, representing an embrace of highly processed foods made palatable in a laboratory by technicians such as Wright.

“These are great proteins from a nutritional perspective, but plant-based presents some challenges with tastes that can be unpleasant,” Wright says.

First, there is the masking of the vegetal “green” notes in pea protein and the “beany” notes in soy, often by adding other ingredients and chemicals.

“There isn’t one magic bullet, not one molecule or extract. It tends to be common pantry items like salt, spices, molasses, honey,” Wright says. Vanilla extract is often used for masking because it is known for how it binds to a protein, rendering its own distinctive taste undetectable.

“It sacrifices itself,” she says.

She describes vegetal notes that are more about aromatics. The goal is not to remove these aromas, but to prevent them from being perceived.

“Smell and taste are closely linked in the appreciation of flavor but are independently triggered,” she says. “Taste is composed of the taste sensations perceived in the mouth and odor compounds perceived by the receptors in the nose linked to the olfactory lobe.”

Then comes the insertion of the mineral, musky, charry, “umami” flavors that we associate with meat.

Wright consults with fellow flavorist Ken Kraut, who works only on the savory side. They swirl little plastic cups of clear liquid, sniffing and tasting. Too yeasty, they say. They want a little less soy and a bit more umami. Mushrooms give that flavor, as does Japanese green tea. Meat’s mineralized note can be mimicked by concentrated extracts of broccoli and spinach.

“They want to do it in anywhere from six weeks to three months — there’s an urgency, a panic,” Wright says. “Usually, a product is a year to 18 months to complete.”

Wright says an ordinary product — a snack bar or a protein drink — might cost a client from $10,000 to $200,000 to formulate a recipe, which the company can then produce in its own processing facilities. Plant-based meat is different.

“This whole area is expensive because it’s fairly high-tech, with a lot of dollars involved in research,” she says. “Something like this, you’re talking $100,000 to $1 million.”

With their pea protein isolates, their gum arabic and yeast extracts, some nutritionists and food industry leaders are wondering whether the food system is being led astray by foods that have flavor and appeal inserted industrially.

“It doesn’t resemble the foods from which it came; it has a vast number of ingredients. It fully meets the definition of ultra-processed food,” says author Marion Nestle, a nutrition professor at New York University, about these new plant-based meats.

Back at the lab, Wright and team nudge the burger formula, trying to achieve the aroma and flavors that give caramelized meat its distinctive seared flavor.

They go beyond sweetness, sourness, saltiness, bitterness and umami, reaching for a lesser-known “sixth taste” sensation that the Japanese call kokumi, which translates as something like “heartiness” or “mouthfulness.”

Then they take their thoughts into the kitchen.

“Learning the materials takes three to four years. Like being a pianist, you have to practice. A trainee may do 20 to 30 versions of a flavor,” Wright says.

Designing an average of 300 new products a year, flavorists have tens of millions of dollars riding on their senses and gut instincts about the next big thing in the food industry.

“There are so many influences from all over the world. If you’re going to hang your hat on a flavor for next year, you may be wrong,” Wright says.

She points to smaller food companies such as Beyond Meat and Impossible Foods, which have pushed food giants such as Cargill, Tyson Foods, Kellogg and Smithfield Foods into a headlong race to produce signature plant-based meats.

Before the day is over, Wright checks in with a flavorist working on an energy bar flavored with salted caramel, then with a team in the mint lab working on a gum that both cools and tingles. She tastes a nitro coffee, deciding whether it should be flavored with Madagascar or Ugandan vanilla — the former classic and beany, the latter sweeter with a hint of milk chocolate.

And about that burger. Nondisclosure agreements prevent her from naming the company behind this plant-based burger, but the meeting is a success, the company’s team staying for two days to hash out the details.

“They liked aspects of it, and they also wanted some changes in the fat delivery. They wanted a bit more of that minerally note and more of that seared taste, as well as that melty quality you get with animal fat,” Wright says.

“A few years ago, they didn’t have to taste so fantastic, but now we can really replicate a meat product without meat,” she says.

With food technology and the culinary zeitgeist moving so swiftly, predicting what will resonate with consumers is tricky — even with Wright’s expanding toolbox of ingredients and food technologies.

“It’s a huge area of investment,” Wright says. “If it doesn’t taste delicious, people are not going to buy it.”