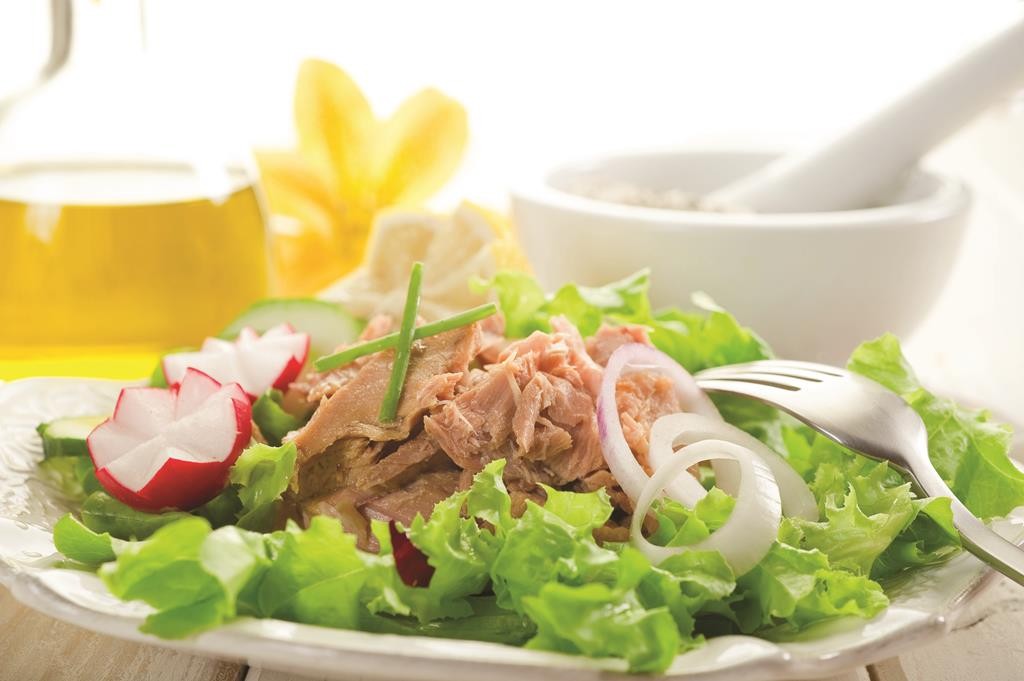 While we’re not quite sure how tuna salad became a seudah shelishis staple, we can tell you how it became an indispensable American food.

Culinary evidence from old cookbooks and restaurant menus confirms cooked chicken and mayonnaise-type salads were popular in America all the way back to colonial times. They were extremely popular in the mid- to late-19th century.

Canned tuna was first introduced and mass marketed to the American public in 1903. It began as the sardine canning industry but quickly expanded to tuna when there was a dearth of sardines. It was discovered that steam-cooked tuna resulted in a hearty, tasty dish. Canned tuna quickly became popular as an alternative to salads made from chicken and turkey. During World War I, its widespread use as the perfect protein for American doughboys helped the industry expand.

Ladies’ magazines in the early 1900s touted canned tuna as a handy item for good housekeepers and offered some suggestions on how to serve it. Here is an early recipe:

salt and red pepper to taste

Line a salad dish with shredded lettuce. Break the fish into pieces and place it on top of the lettuce. Mix the salt, red pepper, lemon juice, and vinegar together and pour over the fish. Chill, and when ready to serve, decorate with the capers, slices of hard-cooked egg, and the stuffed olives. Service with mayonnaise dressing. Another method. — Flake one can of tuna fish with a silver fork, add one and one-half cupfuls of diced celery and one-half cupful of broken English walnut meats, mix with mayonnaise — or boiled dressing. Serve on crisp lettuce leaves.”

Although you can stick with just a bit of mayonnaise to make your tuna salad, we think you will want to try some of our interesting options.

Toss cucumber with 1/2 teaspoon salt in a strainer or colander set over a bowl. Drain for at least 1 hour. Rinse cucumber, dry with paper towels, and place in medium bowl (you should have about 1 1/4 cups).

In another medium bowl, use a fork to stir the tuna, 1 tablespoon rice vinegar, 1/4 teaspoon salt, and pepper to taste, flaking tuna as you stir. In a small bowl, whisk remaining 1 tablespoon rice vinegar, garlic, ginger, and pepper to taste to combine. Vigorously whisk in sesame and canola oils. Add dressing, celery, scallion, nori, sesame seeds, and cucumber to tuna mixture and stir until well combined and tuna is evenly moistened.

1 15-ounce can chickpeas, drained and rinsed