Huts of a Different Color 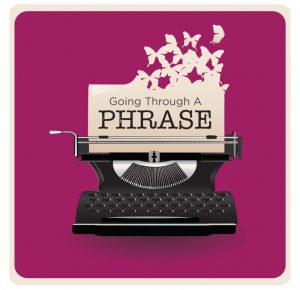 When I was a boy, around this time of year in school, we had to write a composition: “How I Spent My Summer Vacation.”

Since then, “spent” has taken on a whole new meaning. And my vacation has gone from two months to two days.

This summer I learned a new word. My wife and I needed to get away for a couple of days. Our search for a vacation spot had four requisites: nature, water, privacy, and proximity. I found a place that seemed perfect. It was on a lake and described as an “ideal retreat from the world’s cares.” Hey, maybe I really could care less.

There was a deal-breaker, though. The cabin had no running water. I’m past the age of camping in all its primitive glory. So it was back to the old drawing board. Well, the old keyboard anyway.

While I was searching, I discovered a new word — new to me at least — glamping.

Oxford English Dictionary defines it as “A form of camping that involves accommodation and facilities more luxurious than those associated with traditional camping.” The etymology is a blend of glamorous and camping.

It may be an oxymoron, but we found a cabin on a lake that was just what we needed: Walden Pond… with plumbing, air-conditioning and wi-fi.

Soon we’ll be vacating — not vacationing — in huts of a different color. Today, sukkos have air conditioning or heating, maybe even chandeliers. But you can still see the stars through the leaves or bamboo covering.

I lean toward the old-fashioned, simple sukkah. No, I don’t mean a lean-to, although it could be that. Technically, a lean-to is “a building sharing one wall with a larger building, and having a roof that leans against that wall.” But it can also mean “a temporary shelter, either supported or freestanding” (New Oxford American Dictionary). I mean lean toward in the figurative sense: “Incline or be partial to.”

Normally, it doesn’t rain on Sukkos in Yerushalayim. But Rabbi Dovid Orlofsky remembers an unseasonable downpour one Sukkos. All the paper-chain decorations in his sukkah were destroyed. For some reason, he says, almost every sukkah has paper chains. A friend of his asked, “What kind of decoration is that? Would you put paper chains in your home?”

“Why not?” he replied. As he explained, when he moved to Israel, he got a regulation apartment with whitewashed walls and bare lightbulbs hanging from cords in the middle of each room. He went out and bought paper balls to cover the light bulbs.

“It was a fashion statement,” he said. “And how far is it from paper balls to paper chains?”

There is a fascinating halachah unique to sukkah. With other mitzvos, a person who is sick or unable isn’t obligated. But even discomfort is enough to exempt anyone from the obligation to sit in the sukkah. The reason for the exemption is that the mitzvah is to dwell in a sukkah. And the Gemara (Sukkah 28a) says dwelling means, “You shall dwell in the sukkah the same way you live at home.” Just as you wouldn’t eat at home in a cold room or with a leaky roof dripping into your soup, you don’t have to put up with that discomfort in the sukkah.

If glamping is an oxymoron, leaving home for the sukkah is a paradox wrapped in a mystery inside an anomaly.

You leave home… to be at home… in the sukkah.

Perhaps the sukkah anomaly is at the heart of a classic Dry Bones cartoon. Yaakov Kirschen’s alter-ego, Shuldig, sits in his sukkah and says, “This is wonderful, sitting here in the peace and calm of the sukkah.” Then he calls outside, “Hey, anything going on out there?” A voice answers, “Other than WWIII, not much.” Shuldig mulls this over and says, “I’m planning to stay here until Chanukah.”