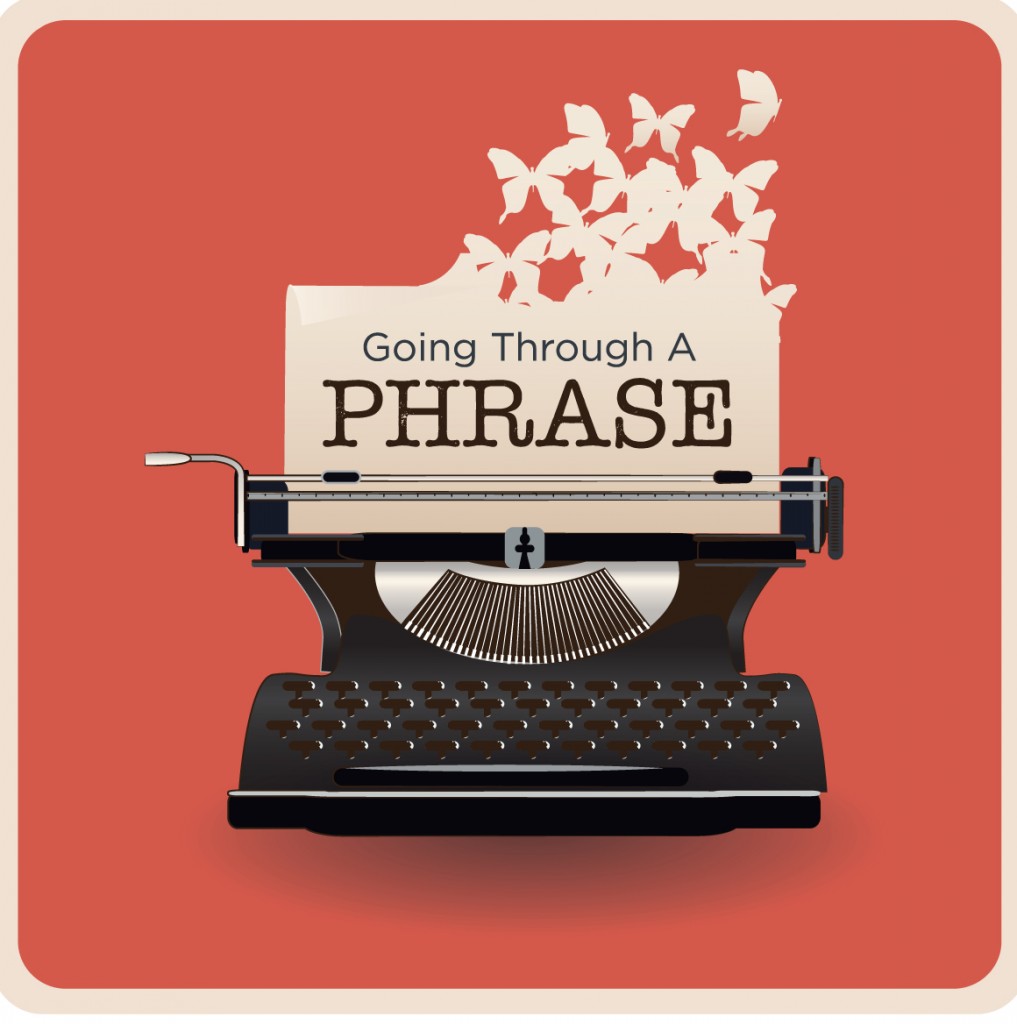 I’m not a card-carrying member of the Linguirati Lexicographers Language League. So the FDA issued me a cease and desist order.

No, not the Food and Drug Administration. The Federation of Descriptivist Auditors (FDA) said I have no accreditation and must cease and desist from writing lexicographic prescriptives.

They claim I’m not authorized because I have no lex license. I do have a license. But I drive a Ford, not a Lex. A Taurus. That makes it related to Sitting Bull. So Sioux me. Hokahey!

No, that’s not English. It’s not Hebrew or Yiddish either. Hokahey is a Lakota (Sioux) battle cry meaning, “Let’s go.” It’s like the Marine’s slogan “gung-ho.” I would guess that hokahey was the last word Custer heard at Little Big Horn. The last printable word, anyway.

I’m lying low for now. I’m even advocating language change. ­Hopefully I can be my curmudgeonly self again soon.

A reader — a Brooklyn landsman initially known as L.V.S. — wrote,

“I consider myself an armchair grammarian and enjoy your columns immensely. I’m puzzled by the reference to the word ‘hopefully’ … I never heard it mean anything other than ‘It is hoped.’ I’d appreciate if you would please clarify.”

I wrote in a column that James Kilpatrick zinged it to his friend William Safire for accepting the word hopefully in the sense of “it is to be hoped.”

Kilpatrick wrote in The Writer’s Art about what he called a “reckless” column by Safire:

“Gazing upon a sentence such as Hopefully, it will not rain tomorrow, he embraced the construction. This was not because he had ever been wet by a hopeful rain. It was because this Flying Dutchman [phantom ship] of an adverb had fallen into ‘common usage.’ It is understood to mean, ‘it is to be hoped,’ or ‘one hopes.’ …” Kilpatrick went on, “Well, in that sense, hopefully my brother will regain his old prescriptive and magisterial characteristics.”

Just for the record, Kilpatrick was not only hard-line in language. He was a hard-line segregationist who fought against integrating public schools. But he was overcome. In a 1993 interview, Kilpatrick admitted, “Probably, looking back, I should have had better consciousness of the immorality, the absolute evil of segregation.”

But Kilpatrick never did accept hopefully.

What did Safire write that got his friend so riled?

“The world ‘hopefully’ has become the litmus test to determine whether one is a language snob or a language slob. … Traditionalists hold that the word is an adverb, usually intended to modify a verb. … They argue that when you mean to say ‘it is hoped’ or ‘I hope,’ you should come out and say those words. …”

Safire concluded, “I use ‘hopefully’ to mean ‘it is hoped’ not because I accept loose new standards, but because I embrace time-tested and readily understood usage.”

Bill Walsh, curmudgeon copy editor at The Washington Post, was surprisingly permissive in his book Lapsing Into a Comma:

“Hopefully: Use of the word to mean ‘it is to be hoped that’ instead of ‘while full of hope’ marks the speaker or writer as an illiterate in many eyes, and that’s too bad. It’s not clear why hopefully has such a stigma attached to it when other words that work the same way (frankly comes to mind) don’t raise an eyebrow.”

When Walsh reviewed Bad English: A History of Linguistic Aggravation, by Ammon Shea, he said, “Shea sticks it to the sticklers.” That included Walsh, himself, who had always insisted, “‘irritate’ means annoy while ‘aggravate’ means ‘makes worse.’”

Shea spent a year reading all 59 million(!) words in the Oxford English Dictionary, then wrote Reading the OED: One Man, One Year, 21,730 Pages. Shea has worked as a gondolier in San Diego and a street musician in Paris. He now lives in Brooklyn.

I’m not one of the Linguirati Lexicographers Language League and I didn’t read all of the OED. I also stay out of gondolas. But I do play guitar. And I’m still one of the Flatbush Faithful.

In Bad English, Shea wrote, “The Associated Press announced, ‘We now support the modern usage of hopefully,’ which, in certain circles, was tantamount to saying ‘We now support beating baby seals to death with a copy of Webster’s Third New International Dictionary.’ … The Washington Post fulminated, ‘The barbarians have done it, finally infiltrated a remaining bastion of order in a linguistic wasteland.’”

But Shea traced the use of the “modern” meaning of hopefully back to 1648.

Maybe it’s time to give it up. Or, if still hopeful, at least lie low.