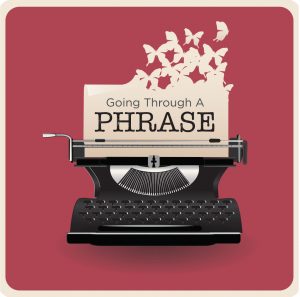 What did you fill in for the blank in the title?

For me, it was, “Did you hear the one about the teacher who walked into a school in July?”

In this case, the teacher is my wife. And — no joke — one day she came home from teaching in summer school and she told me about a great teacher at the school.

What made him so great?

“The whole class was laughing.”

That told my wife two things: (1) The teacher likes the kids. And (2) the kids are enjoying learning. To her, those are immutable laws of education: A teacher has to like the students. (A teacher who doesn’t like kids should find another profession.) And kids who aren’t happy aren’t learning.

Leo Rosten — who taught English to new immigrants before he became a Yiddishologist — called humor “the affectionate communication of insight.” He proudly used jokes “to illustrate the meaning of a word or to convey the bouquet of a phrasing.” Admitting that this was unorthodox lexicography, he defended his joking. “It seems to me unexcelled for pedagogical power.”

As soon as you saw the title of this column, you knew right away I was going to talk about jokes, right? Why is that? OK, you know I like jokes. I have to admit that I take jokes seriously. But it was really the expression, “Did you hear the one …”

Linguists and anthropologists call this construction a formulaic introduction or verbal cue. It sets up the audience to know that a joke is coming. A more specific stock format is, “A man walks into a deli …” (Yes, I know in the original it was a bar, not a deli. But the Rabbi at Hamodia would never let me say that, so I changed it to a deli.)

One of my favorite versions of that formula is, “A Chassid comes into a deli with a parrot on his shoulder. The guy behind the counter says, ‘Hey, that’s really cute. Where’d you get it?’ And the parrot says, ‘In Boro Park. There are loads of them there.’”

I know, I know. You heard it already. Not only that, but I told it wrong. And you can tell it better. So what else is nu?

Rosten said about the hundreds of jokes he quoted in his books, “You may recognize some as old friends. And before you growl, ‘I read that one before!’ let me say, ‘So what?’ Do you stop a pianist who is playing Chopin because you heard that piece before?”

But what is a joke, anyway? Psychoanalysts would have us believe that a joke is an act of aggression, expressing superiority or malice. Frankly, I’m hostile to that definition. Another theory is that a joke is an expression of incongruity, as in the parrot saying he got the Chassid in Boro Park.

Or the time I came along as a consulting maven to help my wife shop before our son’s wedding. I noticed some stickers by the cash register and asked if I could have one, then I stuck it on my shirt. By the time we got to the next store, I forgot about the sticker. As we were paying, the proprietor suddenly started laughing out loud. Then I saw she was staring at the sticker on my shirt.

My wife wrote her master’s thesis on using humor in education. The gist of it was that humor (1) grabs the attention of the students and (2) makes the material memorable. The bibliography rounded up the usual suspects — a who’s-who of education experts. But centuries before those experts stood on line in school to sharpen their own pencils, the Talmud (Shabbos 30b) reported that Rabbah would open his lectures to his colleagues with humor. Rashi explains that the joy inspired by Rabbah’s humor “opened their hearts” to learn.

An old Yiddish expression had it, “S’iz shver tzu zayn a Yid (It’s hard to be a Jew).” Harav Moshe Feinstein, zt”l, said that this grim attitude helped destroy a generation. We have to emphasize, not the difficulty, but the joy of Judaism.

Israeli singer-songwriter Adi Ran found his way from the Tel Aviv street to Breslov. His songs (particularly “Ezeh Kef Lih’yot Yehudi — It’s So Much Fun to Be a Jew”) turn the old negative attitude of “s’iz shver tzu zayn a Yid” upside-down. The songs are a jubilant celebration of teshuvah.

In an interview on Arutz Sheva radio, the host asked Ran about the startling humor in his songs. Many of them are rollickingly funny. Ran’s response was dead serious: