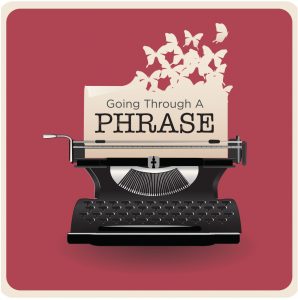 Go figure. Just when my grandchildren are graduating from ­elementary school and high school, here I am going to grammar school.

It takes chutzpah to edit other people’s writing and to write a maven’s opinion on language. I rely on the wisdom of the granddaddy of English lexicographers, Samuel Johnson: “Knowledge is of two kinds. We know a subject ourselves, or we know where we can find information upon it. When we enquire into any subject, the first thing we have to do is to know what books have treated of it.”

Sometimes though — if you keep your eyes open while you’re reading a book — you can actually see something.

While reading The Subversive Copy Editor by Carol Fisher Saller, I saw a passage wagging an accusing finger at me. Saller (who is editor of Chicago Manual of Style Online’s Q&A) warned copy editors not to get “hung up on phantom issues and personal bugaboos” but to concentrate on important things instead of obsessively tinkering with minor errors. Then she got to the core issue of “knowing your stuff.”

“When was the last time you looked at a recently published book on grammar and usage? … If my questions make you uneasy, keep reading.”

I happen to be a wordaholic. I obsessively look things up in dictionaries and usage guides. I follow the mantra William Safire adopted, “You could look it up.”

But I have to confess, as E.B. White said, “I felt uneasy at posing as an expert on rhetoric, when the truth is I write by ear, always with difficulty and seldom with any exact notion of what is taking place under the hood.”

Uneasy does it. It was a moment of truth. As William Dukenfield said, “There comes a time in the affairs of man when he has to take the bull by the tail and face the situation.”

Deep down, I know that “look it up” does not equal “knowing your stuff.”

When I called grammar the mathematics of language, my wife — who studied math and linguistics — told me I was right. Then she proceeded to show me a tree diagram of the structure of a sentence.

It looked like a composite football play, Nash game theory diagram, and Einstein’s blackboard with the full E=mc2 equation.

There was no way I was going to climb that tree. It would have taken a hook-and-ladder company to get me down from those branches.

But, go know, here I am — back in grammar school. That’s what they used to call elementary school in the United States. But long before political correctness, there was a movement for grammatical correctness. This was no genteel campaign of monocled professors. In 1927, Charles Carpenter Fries wrote Teaching of the English Language, in which he called for “the overthrow of the traditional view” of conventional grammar rules.

Now I’m rebelling against the revolution. I’m going back to the rules — studying (not just looking up) Bryan Garner’s new book, The Chicago Guide to Grammar, Usage and Punctuation (CGG).

(That’s not exactly a grabber title. But this grammar book doesn’t shoot and leave. It stays with you.)

In his introduction, Garner takes the grammar issue far beyond my narrow focus of rules for writers and editors. He grabs the bull by the … well … horns, and asks, “Why study grammar? Perhaps the most important reason for learning about grammar is that language is basic to almost everything we do — and the more nearly you can master it, the more effectively you’ll think, speak and write. You’ll be more aware of ideas and how they’re expressed. … A knowledge of grammar is fundamental to critical thinking.”

Wouldn’t you know it? While I was writing, Microsoft Word’s grammar kibitzer tried changing that last sentence. It wanted to take out the “a” before “knowledge.” That would have reduced “knowledge” to “familiarity.” By adding the “a,” Garner gave “knowledge” the nuance of a “body of facts acquired through study, investigation, or observation” (Garner’s Dictionary of Legal Usage).

It’s a subtlety, yes. But for wordworkers, subtlety is what distinguishes a laborer from an artisan. As Alexander Pope wrote: “True ease in writing comes from art, not chance, As those move easiest who have learned to dance.”

And now, ladies and gentlemen, the moment you’ve been waiting for: Mordechai Schiller meets the predicate nominative —