Columns Nutrition If Food’s Your Reward, You Can’t Win
Nutrition 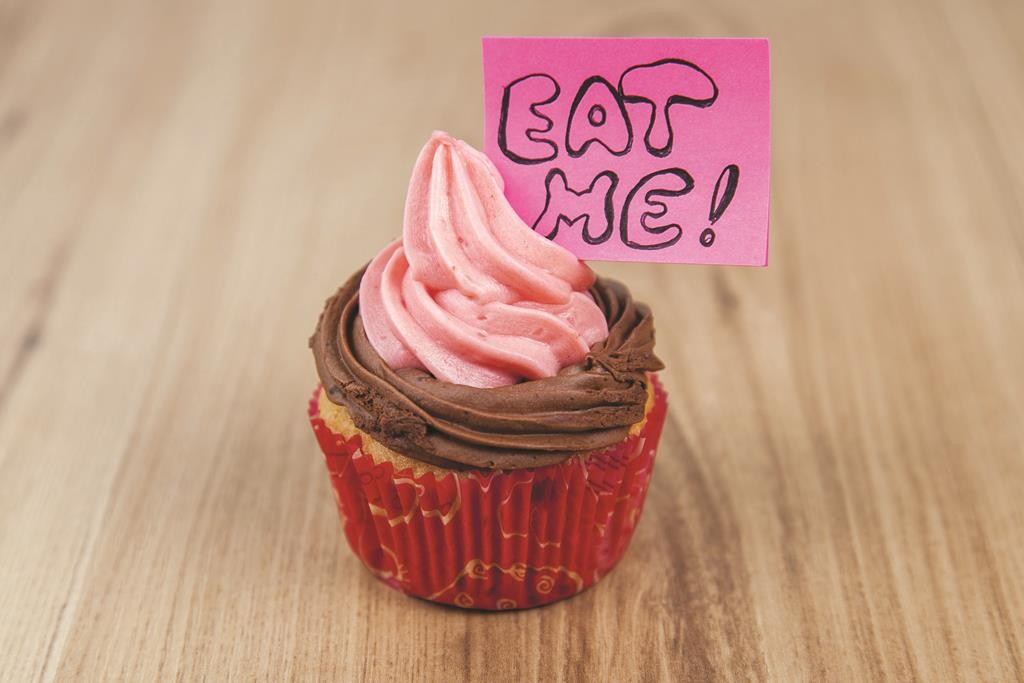 If you’ve ever exercised to lose weight, there’s a good chance the following thought has crossed your mind: “I worked out so hard. I deserve a treat!” It’s also pretty likely that you indulged post-workout in some food you’d deemed forbidden — or consumed more than usual — and in so doing ate back all the calories you burned and then some.

The food-as-reward dynamic that hinders so many people’s weight-loss efforts was tested by Brian Wansink, director of Cornell University’s Food and Brand Lab, and author. He had two groups of people take a two-kilometer walk around a lake. One group was told the walk was exercise; for the other group it was a “scenic walk.” Those who “exercised” ate 35 percent more chocolate pudding afterward than those who went on a “scenic walk.”

The study points to a reason why many people who exercise to lose weight fail to do so: They overcompensate with calories post-workout. It’s also part of a flourishing body of diet research that probes beyond what and how much we eat and focuses on why we eat.

Researchers like Wansink have spent decades examining the environmental, psychological and emotional triggers that shape eating habits. But now, as mindful approaches are being used to tackle stress, diabetes, addiction recovery and more, weight-management plans that focus on the “why” behind consumption seem to be more popular than ever.

A dizzying barrage of magic-bullet diets has left Americans confused about gluten, carbs and calories, and ever farther from their feel-great weights. “Some of it has to do with the frustration and the disappointment people feel after changing the content of what they eat — say, cutting out fat, sugar or flour — and finding that it doesn’t make a difference,” said Susan Albers, a psychologist at the Cleveland Clinic and author of six books about mindful eating. “But when they start to change the way they eat, that’s when they start to see long-term changes.”

There is a wide variety of mindful-eating approaches. But at their core, many of them urge people to become aware, without judgment, of the physical signals of hunger, environmental cues and emotional longings that prompt the thought “I want to eat.” Then, people are encouraged to sit down and savor foods they enjoy, without guilt.

“Fostering awareness removes a lot of the judgments of good and bad that so many diets are built on,” says Phoenix-based doctor and author Michelle May.

In terms of mastering the food-as-reward dynamic, Wansink recommends adjusting your attitude about working out. If exercise doesn’t feel like torture, you’re less likely to pamper yourself with calories after it’s done. So call your workout a break. Call it personal time. Call it an antidepressant where all the side-effects are good. If you don’t like to exercise, “reframe it in whatever way is motivating to you,” Wansink says. And find a way to make it fun. Not psyched about logging exercise hours indoors this winter? Make a date to work out with friends so it doubles as a social hour.

If you enjoyed your workout, you’ll be much less likely to feel as if you “need” a sweet treat to reward yourself for all the hard work you did. Then you can fuel yourself with the nutrients that your muscles need to recover — a healthful mix of protein and carbs, such as an apple and peanut butter, or eggs and toast — and not a chocolate doughnut.

Here are some mindful-eating strategies that can help you feel better about food:

If your stomach isn’t grumbling, maybe you’re procrastinating, feeling lonely or experiencing some other uncomfortable emotion or thought. “Once you have awareness of those drivers, you have opportunities to make decisions,” she says.

If you’re not hungry, redirect your attention or address the underlying issue. Or just go ahead and eat. That’s okay, as long as you acknowledge it, sit down to enjoy your food and stop when it ceases to be pleasurable. Three cookies might give you a lift. But 10 might make you feel nauseated and guilty.

— Slow down. Don’t multitask while you eat, Albers says. “When you’re distracted, that’s when you tend to eat more,” she says. And don’t eat so fast. Slow down enough to savor your food; eating with your non-dominant hand can help. “It takes a lot more effort and thought. And it automatically slows you down,” Albers says.

So if it’s pizza night, enjoy it, Scritchfield says, but also serve vegetables and protein-rich foods, which will fill you up and satisfy you. Or pick one food that you miss and serve it once a day, every day, in a realistic portion. “You’ll probably notice that after a few days, the food is less appealing and you will start skipping days,” she says. “That’s the brain learning that the taboo is gone, so the obsession can go away, too.”