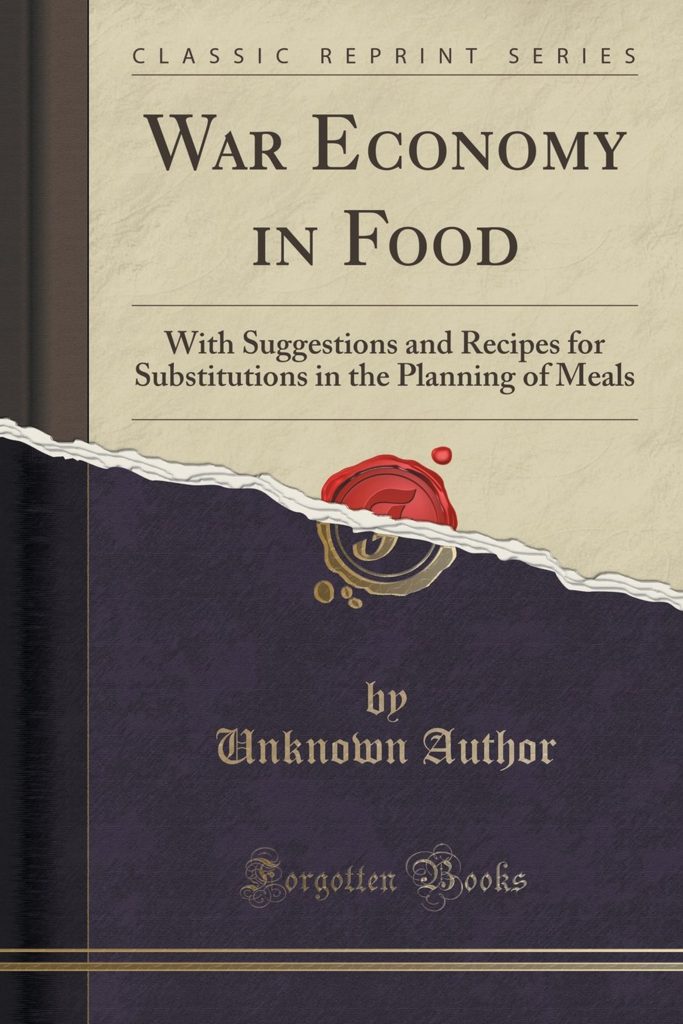 “Food is ammunition,” says the poster from World War I. “Don’t waste it.”

One hundred years ago this year, the war ended. It was so horrifying, so unlike anything mankind had seen before, that the universal hope and expectation was that there would never be another war. Civilization could not handle it.

We all know how that turned out.

It wasn’t just the boys who went overseas — and a few women who served as switchboard operators and the like — who made a sacrifice; much of the country got behind them to do their part on the homefront.

During World War I, that meant cooking meals without wheat, meat, sugar and fats. Wheat, meat and sugar helped to keep the soldiers, sailors and Marines in fighting shape.

Some fats were actually used to manufacture explosives.

As part of a series of documentaries about the war (or the War, as it was then known), the folks at PBS have researched the foods that Americans ate during the war. They found several examples of what were called Victory Cookbooks, full of recipes designed to help people do without.

Some 14 million American households pledged to eat no wheat two days a week, to eat no meat on Tuesdays, and to cut back on sugar and fats every day of the week.

The recipes, which were sometimes conceived in haste, give us a good idea of just what this sacrifice entailed. Take, for instance, something called War Cake, which was devised in 1918 by the U.S. Food Administration.

Many of the ingredients are what you would find in an ordinary, non-wartime cake: cinnamon, nutmeg, cloves, raisins, baking soda, baking powder. In lieu of sugar, it has both molasses and corn syrup.

What it does not have, however, is white flour. Instead, it calls for three cups of rye flour. In a cake.

According to the recipe, which was printed in the scintillatingly titled cookbook War Economy in Food, the cake “should be kept several days before using.” I should well imagine.

Twentieth Century Club War Time Cook Book of 1918 had a recipe for something called Mock Sausage.

How do you make the sausages? You boil the lima beans until they are very mushy and then mash them with a half-teaspoon each of the herbs. Even people who like lima beans, and there must be some who do, would not find this recipe appealing.

That same cookbook also has a Meatless Tuesday recipe for Camouflage Roast. With such an enticing name, how bad could it be?

Let’s just call the recipe curious. You start with a roux prepared by stirring flour in a “melted butter substitute.” You thin it out with liquid and grated onion, and then stir in two cups of bread crumbs and one cup of ground peanuts. Off the heat, you add a single egg, a splash of lemon juice and a pinch of the spice mace.

This you bake in a greased pudding dish until brown, and smother it, presumably, with tomato sauce. And then you choke it down and think about our boys over there.

The 1918 cookbook Wheatless and Meatless Days includes a recipe for waffles made without white wheat.

Honestly, you don’t want to know. Let’s just say the first ingredient is one cup of cold mashed potatoes, and leave it at that.