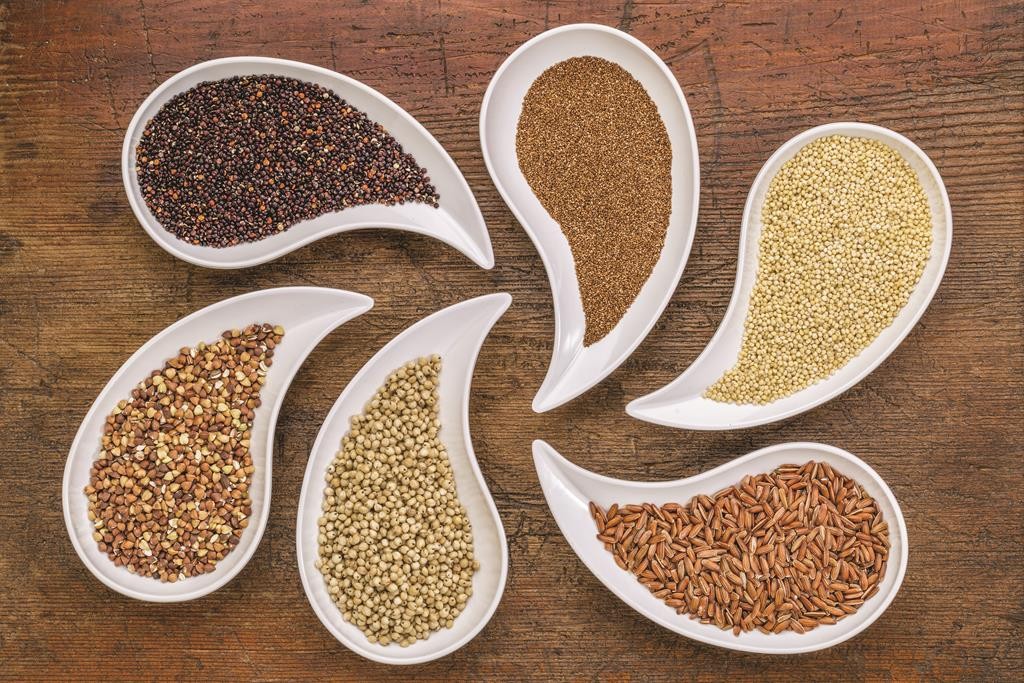 It’s hard to fathom that not very long ago eating whole grains was an oddball thing to do. My good friend Naomi recalls how as a child she dreaded lunchtime at school because she was horribly embarrassed that her sandwiches were on whole wheat when everyone around her had fluffy white bread. And I remember clearly when, not more than 10 or 20 years ago, you could only find brown rice at fringe vegetarian places and at especially accommodating Chinese restaurants.

Times have changed. My friend’s brown bread is now the standard for the National School Lunch Program, and it’s hard to find a restaurant, whether high-end or fast-casual, that doesn’t have a fun whole-grain option on the menu. Nowadays, most people even know how to pronounce quinoa! (In case you’re behind the curve, it’s keen-wah.)

Driving the point home, a new survey commissioned by the Oldways Whole Grain Council (disclosure: I am a volunteer member of their advisory board) reveals that eating whole grain is now the norm, with 63 percent of participants saying more than half the grains they eat are whole grains.

You should have seen me when I first heard this report — I was literally saying “yay” and making little clappy hands. That’s because it’s an important change that can have a tremendous health impact — studies show that eating whole grains reduces the risk of heart disease and diabetes, helps with weight management and is linked with lower risk of asthma, high blood pressure and more.

But besides shedding light on how far we have come, the survey also reveals how much delicious exploring we have yet to do. According to the report, we tend to stick to the same whole-grain foods, with whole-wheat bread, oatmeal and brown rice being the most popular. While these foods are wonderful, and staples in my life, too, why stop there when there is such a vast variety available?

Now that most of us are on board with whole grains in general, it’s time to take the next step and branch out to eat different kinds. Admittedly, there are so many foreign-sounding options — from teff and freekah to millet and spelt — that it can be daunting. So I have curated a manageable list of five must-try grains to give you a starting point.

Now you know how to pronounce it, and it is available everywhere, from regular grocery stores to chain restaurants. If you haven’t tried it yet, don’t wait any longer. Quinoa (which is really a seed, not a true grain) is about as user-friendly as it gets. It is tender and mild tasting and cooks up just like rice, in 15-20 minutes. You can use it just like you would use rice as well — as a side dish, a pilaf, and as a bed for stews and simmers.

Although it is considered a grain from a culinary perspective, botanically speaking quinoa is a seed, so it is quite rich in protein. Just one note: either buy your quinoa labeled “pre-rinsed” or rinse it under cold water in a colander before cooking, then shake it dry. This will remove its natural coating, which has a slightly bitter taste. If the typical light brown quinoa is old hat for you, try picking up the red variety for a change of pace.

Farro is my latest whole-grain obsession. It is a type of wheat, commonly grown and eaten in Italy, that resembles grains of barley, but with a nuttier flavor and delightful chewiness. Just put it in a pot of boiling water and simmer until tender (about 20 minutes for the semi-perled variety), then drain. I often serve farro warm with herbs, nuts and a little olive oil as a pilaf or as a bed for a Mediterranean-style stew or meaty tomato sauce, but I enjoy it most chilled as the base of a grain salad, or as an add-on to a vegetable salad.

Bulgur, common in Middle Eastern dishes, is whole wheat that has been boiled, dried and cracked so it is especially tender and quick to prepare. Reconstitute it by soaking in hot water; fine bulgur is ready in just about 10 minutes, medium or coarse ground take a bit longer. Notably, bulgur has more fiber than most other grains, about twice that of brown rice. It is most commonly found in tabbouleh salad, but it is delicious tossed into vegetable and herb salads in general. You can also substitute bulgur for rice in stuffed pepper and stuffed zucchini recipes, and it is an especially good match for lamb as a side dish or mixed with ground lamb in meatballs.

If you could use a change from the usual brown rice, try black rice (a.k.a. forbidden rice, because it was once reserved exclusively for the Chinese emperor and forbidden to the masses). It costs a bit more than brown rice, but it cooks up to reveal a stunning deep purple color, has a delectable nutty flavor and adds unmistakable panache to a meal — well worth it for a special occasion. It has all the nutrients of brown rice, plus even more antioxidant power imparted by the same compounds that give it its hue. Use it just like brown rice, as a bed for a stir-fry or rice bowl, or made into a pilaf, for example.

Despite its name, buckwheat is not a form of wheat at all. Like quinoa, it is technically a protein-rich seed. I grew up adoring it in the form of kasha — toasted buckwheat groats — which my grandma would toss with browned onions and bow-tie pasta to make kasha varnishkes. I make that regularly myself to this day. But I have also come to love the nutty depth of flavor it imparts to Japanese soba noodles, and I regularly add buckwheat flour to pancakes, muffins and waffles. Simply substitute half of the regular flour for buckwheat flour next time you whip up a batch for breakfast. It’s no extra effort and the payoff is big in both taste and nutrition.