Columns Nutrition From Fish to Roast Beef: A Ranking of Meats in Order of Healthiness
Nutrition 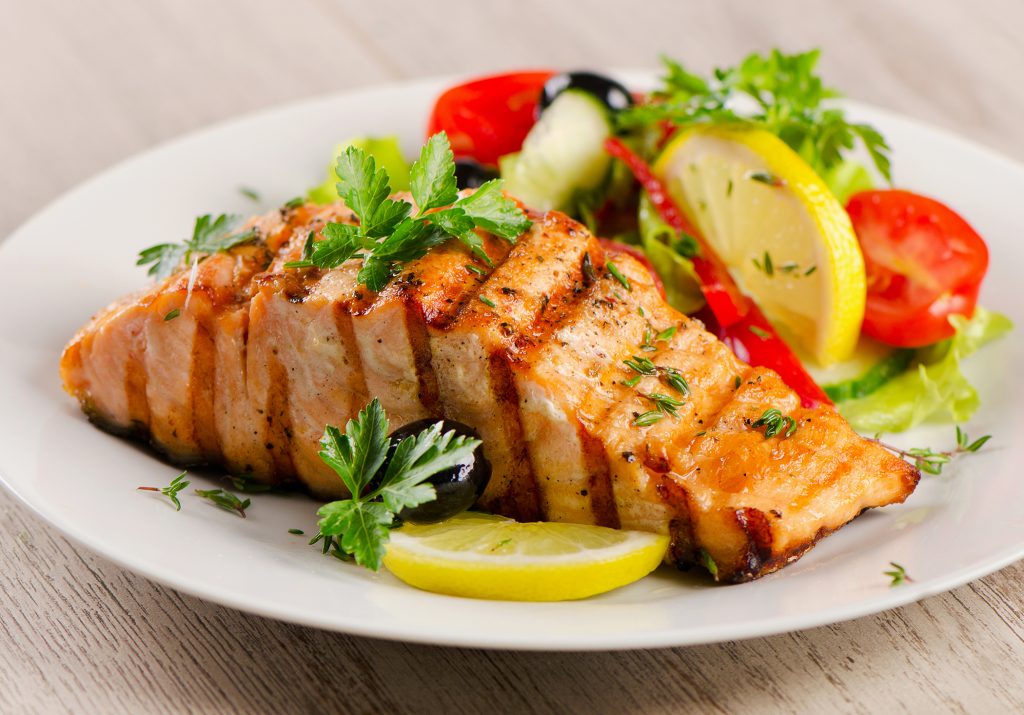 As an average consumer, you probably have a vague awareness of the nutritional value of your meats — fish being better than red meat, for example. The issue can be complicated. Because all meats have pros and cons, research can come up with conflicting results, and studies can surprise us. For example, research suggests that in terms of cholesterol alone, eating white meat chicken is as bad for you as eating beef.

Still, there’s a generally agreed upon hierarchy of nutritional value when it comes to meat, and small shifts in your diet might have greater effects than you realize.

A Cut Above: Fish and Poultry

Poultry and fish are considered the best meats you can load your diet with, Janese Laster, a physician nutrition specialist, said. Fish is hailed for its omega-3 fatty acids, which can protect against cardiovascular disease. Fish is also rich in vitamin D, selenium and protein. “A healthy diet would entail a great diversity of fish consumption, rather than the same fish every day, along with fish that is wild-caught rather than farmed,” Laster said.

Poultry, such as chicken and turkey, is also great protein source, low in calories and saturated fat. Keri Gans, registered dietitian and author of The Small Change Diet, used to recommend light meat over dark, but the fat difference is actually quite minimal. “Eat what you enjoy” is her new advice. She also says that white meat is usually leaner than dark, and of course it does matter how it is prepared.

Gans recommends baking and grilling, and a skinless, boneless cut of poultry to keep each serving the healthiest.

You might need fish and poultry even less than you think. Research from the American Journal of Clinical Nutrition shows that even white meat consumption can increase cholesterol. Though the American Heart Association recommends two to three servings of fish a week and eight to nine servings of super-lean protein, Laster says consuming only two to four servings per month of fish and two to four servings per month of poultry can provide benefits, according to research.

Most meat-eaters love a juicy hamburger or steak — but that should fall more in the category of indulgence than in dietary staple. The pros to red meat — which includes beef, lamb, veal, and duck — are found in its minerals. Red meats can be great sources of iron and also pack “vitamin B12, zinc and protein, all of which are important nutrients,” said Amy Patton, a registered dietitian at Ohio State University’s Wexner Medical Center.

The cons, however, are notable. “According to the American Institute of Cancer Research, red meat intake can possibly promote certain cancers such as colorectal cancer,” Patton said. “Cooking red meat at high temperatures may also increase cancer risk, and red meats tend to be higher in saturated fats than other protein sources.” The saturated fat may, in turn, increase your risk for cardiovascular disease.

What should you probably avoid altogether, or at least only eat on a very rare occasion? Processed meats. “Essentially, this is any meat that has been preserved or had a chemical added, like bologna, pepperoni, beef jerky, hot dogs, sausage and deli meats,” Laster said. There are other ways to get your protein fix — without all the downsides. (The World Health Organization classifies processed meat as “carcinogenic to humans.”)

When it comes to overall health, saturated fat should be limited as much as possible. Lamb typically has more saturated fat — which can raise your levels of bad cholesterol, putting you at higher risk of cardiovascular disease — than beef.

According to the World Cancer Research Fund, you should not eat more than 12 to 18 ounces of red meat each week, or roughly three servings — but some experts suggest less is more. If you choose to consume red meat, keep it smart. “Select leaner cuts, and use more healthful cooking methods, such as baking or broiling rather than frying or grilling,” Patton said.

Substituting even one serving per day of red or processed red meat with poultry, fish or legumes “significantly decreases” the risk of metabolic syndrome, Laster said. And don’t forget those non-meat sources of protein. In addition to legumes, nuts, seeds, tofu, almond milk, quinoa and chia can be part of a healthy dietary regimen.

If you’re thinking of a step-by-step way to improve your diet, Laster recommends “cutting back on red meat, and then limiting animal products to a few times per month,” rather than in the typical American diet of a few times per day. “There’s been a few studies that have come out to show it’s what Americans are not eating daily — such as beans, grains, legumes, vegetables, fruits, that may account for some of the [unhealthy] effects we see in studies,” Laster said.

When it comes to meat in your diet, small adjustments can reap big rewards, Laster said. “These incremental changes will help with weight loss, improve diabetes, high blood pressure and cholesterol, and possibly help you get off medications.”