Columns Nutrition Fiber Is Under the Radar, But Still Boosts Health
Nutrition 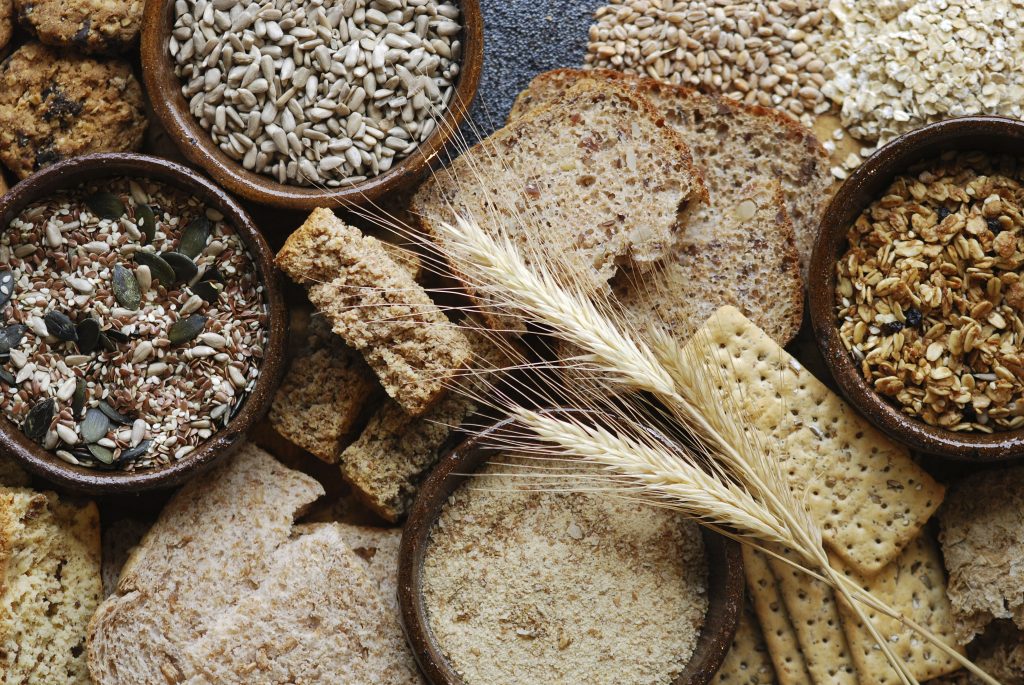 Dietary fiber is so 20th century.

Important research published and widely publicized in the 1970s, ’80s and ’90s highlighted fiber’s role in reducing the risk of heart disease, Type 2 diabetes, gastrointestinal disorders including diverticulitis, and some cancers, all while helping to control weight. Save the world with fiber.

Here in the 21st century, fiber no longer gets the attention it once commanded, save for the occasional fiber bar commercial. The spotlight now has shifted to the long list of plant foods including whole grains, nuts, fruits and vegetables that contain dietary fiber.

The problem is, people never go to restaurants and order fiber nuggets, or buy a bag of frozen indigestible roughage at the grocery store. By advocating more consumption of fruits, vegetables, legumes and whole grains, people, by default, increase fiber consumption.

And, yet, the U.S. Department of Agriculture continues designating dietary fiber as “a nutrient of concern,” with the average consumption rate of 14 to 16 grams a day. Less than 10 percent of Americans consume the recommended levels of 25 grams for women and 33 grams for men.

Some sources suggest 50 grams a day, twice the currently recommended levels, which would reflect consumption levels of whole-plant-food vegans. For example, a 2015 study led by Stephen O’Keefe, a professor of medicine at the University of Pittsburgh School of Medicine, showed reductions in colon cancer among South Africans who regularly consume 50 grams of fiber daily vs. the 10-gram level of African-Americans, who also were consuming excess levels of meat and fat.

“It’s a good topic to bring to the surface that’s flipped below the radar screen and needs to be pulled up again,” said David J. Jenkins, who holds the honorific position of “university professor” at the University of Toronto. He developed the Glycemic Index, which assigns a number to foods to give consumers a way to tell slower-acting “good carbs” (such as vegetables and whole grains, which keep blood sugar stable) from the faster “bad carbs” (such as white bread and refined sugars, which cause blood sugar to shoot up).

“People are aware of fiber and shouldn’t be thinking of eating a certain number of grams of fiber. They should be thinking about eating more fiber-rich foods.”

Once you eat carbohydrates, proteins and fats, the body uses them or ends up owning them as fat cells. But you only rent fiber that bulks up food without additional calories and serves as a gastrointestinal pipe cleaner that takes leave when its intestinal journey is completed.

Too little fiber causes constipation, “the most common gastrointestinal complaint in the United States, and consumption of fiber seems to relieve and prevent constipation,” states a report by the Harvard T.H. Chan School of Public Health.

In the past two years, various studies have shown additional benefits of dietary fiber.

One confirmed dietary fiber to be a primary method of prevention for cardiovascular disease with reductions in systolic blood pressure — the higher number — and lower cholesterol levels, especially LDL cholesterol (often described as bad cholesterol).

A January 2016 study in the Journal of Diabetes Investigation found higher intake of fruits and various vegetables, especially berries and green leafy vegetables, with fiber as a key factor in lowering the risk of Type 2 diabetes.

In June, a study found that dietary fiber potentially could help inflammatory bowel disease. A meta-analysis of research in January found that high fiber intake reduces the risk of pancreatic cancer.

In December, another study found an association between dietary fiber consumption and an overall reduced risk of certain cancer, particularly in older women.

Joanne Slavin, a registered dietitian and professor of food science and nutrition at the University of Minnesota, preaches the benefits of fiber-rich foods. She headed the Carbohydrate Committee and served on the protein subcommittee for the 2010 Dietary Guidelines Scientific Advisory Committee. The recommended 25 daily grams of fiber for women likely will be boosted to 28 grams, twice the average consumption. But reaching such levels requires conscious effort.

“So, definitely there is a lack of fiber in the diet,” she said. “Most plant foods only have 1 to 3 grams of fiber, so unless you eat a lot, it is difficult to consume 25 grams per day.”

She noted, however, that calorie intake in the United States is declining, along with stabilization of the obesity epidemic. That’s good news. The downside is that fewer calories also mean declining fiber consumption.

“So any tools to help with weight loss or avoidance of weight gain — such as high fiber diets — are important messages,” she said.

Given the growing woes of the Western diet, fiber remains as important as ever in controlling weight and improving health, with researchers now working to understand the complicated biochemistry of the gut microbiome and its microflora that includes numerous types of bacteria.

A large percentage of one’s stools are bacteria generated by fiber, which is an indigestible carbohydrate that serves as bacterial food. Good and bad bacteria feed on foods we eat, with the immune system also involved as border control, working to prevent toxins and pathogens from getting into the liver or bloodstream. Fiber also serves as an intestinal bouncer, ushering toxins, pathogens and cholesterol out the back door, various government and research sources report.

“We are very interested in the effects of fiber on the gut: stool weight, changes in the gut, microflora and tolerance to different fibers,” said Ms. Slavin, who holds a Ph.D. in nutritional sciences.

Fiber supplements such as Metamucil contain psyllium, a fiber that serves as a laxative while lowering blood lipids (cholesterol), she said. Eating plants provide the full regimen of fiber, antioxidants, vitamins and minerals, among other nutrients. While fiber bars contain inulin, another good fiber found in chicory roots and agave, she cautioned that they also include added sugar and fat, with high calories.

“So they might be a good choice as an indulgent treat,” she said. “But it’s important to get recommended amounts of legumes, whole grains, vegetables and fruits, too.”

Researchers nowadays battle over whether fiber is healthier in natural or refined form, with pectin, the fiber in apples, actually showing more healthful benefits when refined into the gummy gel found in jams, Dr. Jenkins said. Still, an apple eaten off the tree remains a healthful source of fiber.

And in the end, he said, it comes down to advising people to eat foods with fiber, rather than fiber itself. After all, this is the 21st century.

“We should eat more fiber, but people don’t actually eat fiber,” he said. “They eat bread and beans. You should eat a serving of beans every day. Eat oat bran with berries and nuts for breakfast. Cut out the white flour and have whole wheat instead and have an apple a day to keep the doctor away. If you do that, you will get more useful amounts of fiber and could get something in the order of 25 to 30 grams.”