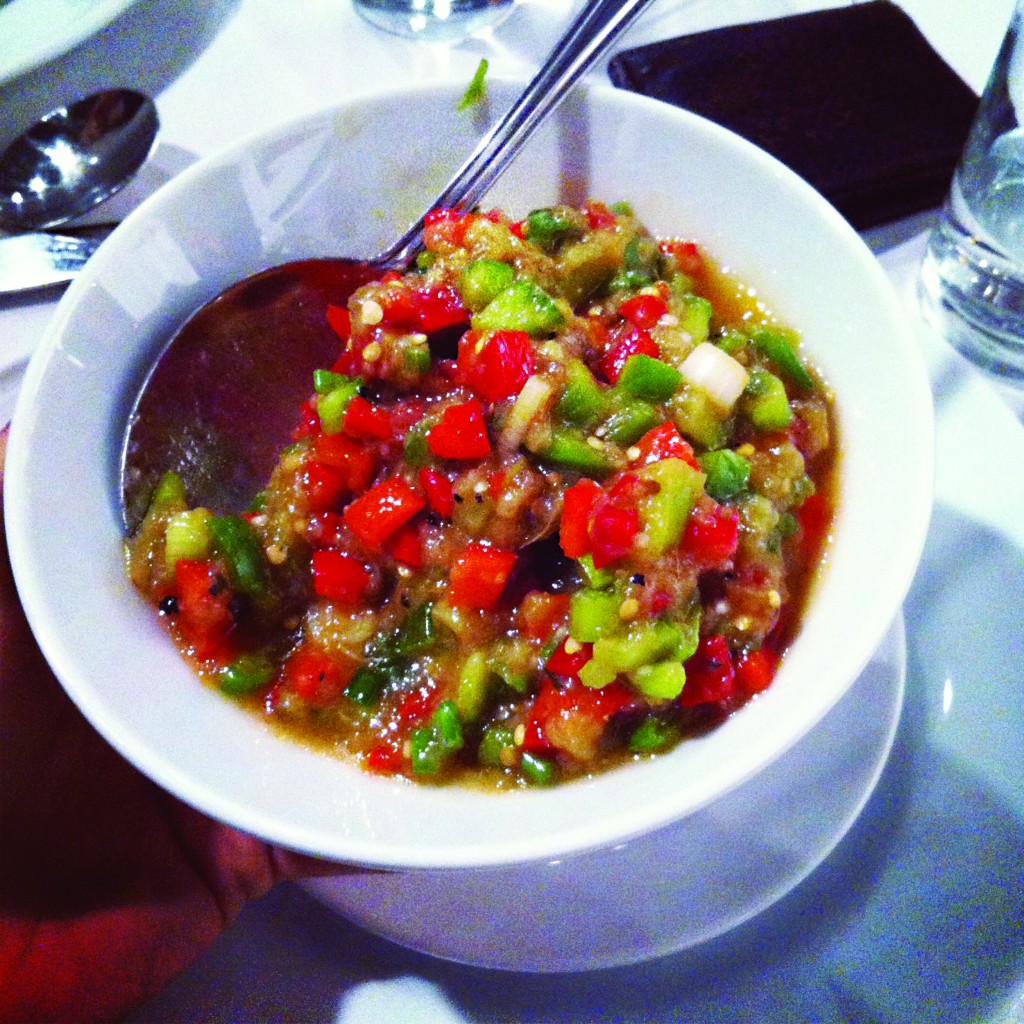 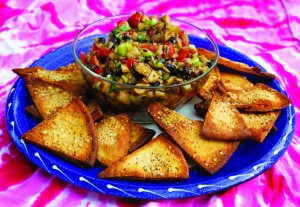 Although it has a long and rich history, eggplant did not always hold the revered place in food culture that it does today, especially in European cuisines. Because of its bitter taste, it seems that people also felt that it had a bitter disposition — eggplant had the undeserved reputation of being able to cause insanity, leprosy and cancer.

For centuries after its introduction into Europe, eggplant was used more as a decorative garden plant than as a food. Not until new varieties were developed in the 18th century did eggplant lose its bitter taste and bitter reputation and take its esteemed place in the cuisines of many countries, including Italy, Greece and Turkey.

Originally known as aubergine, the name eggplant developed in the United States and other English-speaking countries because some white or yellow species of this vegetable resembled the eggs of geese or hens. The name aubergine, used in Britain, is derived from the Spanish and French word for eggplant; the word aubergine is sometimes used to describe a dark purple/brown color.

Also called “mad apple” in some cultures, the eggplant is a member of the nightshade family and was at one time believed to be poisonous. While it is true that eggplant can generally be eaten by most people, for some, the eating of eggplant as well as other edible nightshade plants (tomato, potato and peppers) can be harmful. Nightshade can cause or worsen arthritis and should be avoided by those sensitive to it.

Eggplant is delicious hot or cold and can be enjoyed marinated, stuffed, roasted, grilled, fried, in a gratin, quiche or dip. Sliced eggplant absorbs oil like a sponge, but a good breadcrumb coating will help (make sure the oil is preheated). It’s a natural combined with tomatoes and onions, as in the popular dish ratatouille.

When choosing eggplant, look for heavy, firm fruit with unblemished skin. Male eggplants have fewer seeds (seeds are sometimes bitter) than the female; they are recognized by their rounder base. The blossom end of a female eggplant is generally indented.

Store eggplant in a perforated plastic bag in the refrigerator. It should keep that way for several days.

The most widely grown varieties in Europe and North America today are oval and range in size from 4 to 10 inches, with a dark purple skin. A much wider range of shapes, sizes and colors is grown in India and elsewhere in Asia. Colors vary from white to yellow or green, as well as reddish-purple and dark purple.

Some species have a variegated color from white to bright pink to deep purple or even black. Green or purple types with white striping also exist. Chinese eggplants are commonly shaped like a narrower cucumber, and sometimes were called Japanese eggplants in North America.

Most cooks have been taught to tenderize the flesh’s texture and reduce some of its bitter taste by salting. After cutting the eggplant to the desired size and shape, sprinkle it with salt and allow it to rest for about 30 minutes. This process will also draw out some of its water content and make it absorb less oil when cooking.

Nowadays, most of the bitterness has been bred out of eggplants and the salting process is not really necessary.

Eggplant has been shown to lower cholesterol and is a good source of antioxidants. As with other dark-pigmented vegetables, eggplants are known as super-foods containing high concentrations of vitamins, minerals and other stuff that’s good for you. Of course, if you only get your eggplant in “Parmesan” form you might not be getting the full benefit of this versatile vegetable.

Try one of these low-calorie eggplant recipes:

Wrap eggplant in foil and roast on your stovetop, turning once or twice over a low flame for approximately 40 minutes, or until completely collapsed. Cool and scrape out flesh from the skin. Place in a bowl and chop or mash eggplant. Add tomatoes, peppers and onions. Add ketchup, vinegar and oil and stir to combine. Add salt to taste and serve warm or cold with crackers or fresh bread.

Italian cuisine uses eggplant in many appetizers such as their famed caponata. While some old recipes call for each vegetable included in this Italian specialty to be cooked separately and then combined, we’ve got a simple version that tastes just as great in a lot less time.

Heat the oil in a large non-stick skillet over medium-high heat. Add eggplant and sauté until golden brown. Cover, lower heat and cook for 10 minutes or until soft. Stir in onion and garlic and continue cooking. Add tomatoes, capers, olives, parsley and vinegar. Simmer for 15 minutes and season with salt and pepper.

Serve at room temperature with Italian bread or large crackers. This tasty dip may also be refrigerated and served cold. It keeps well for one week.