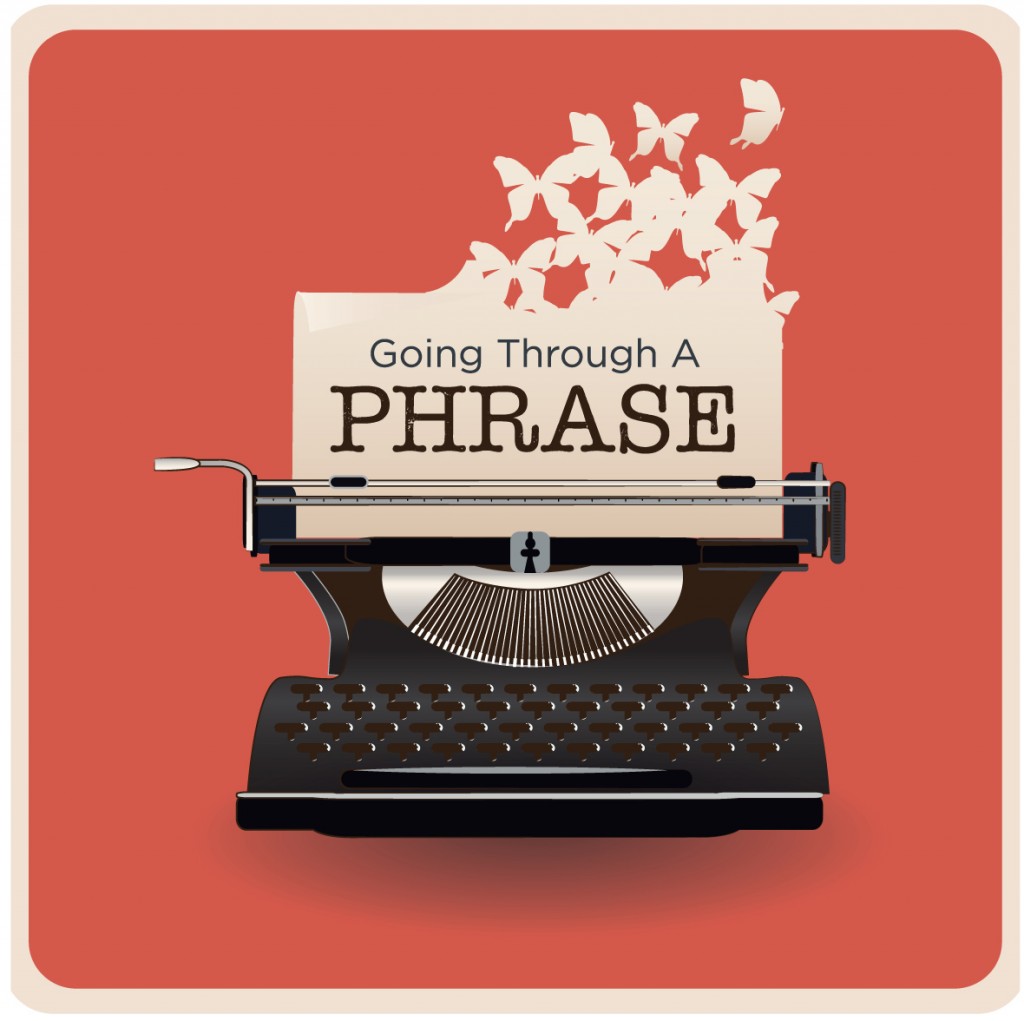 Who are you voting against?

OK, I’m a New Yorker — where attitude is a way of life; where a bumper sticker declared, “Don’t Tell Me What Kind of Day to Have!”

So, with politicians stumping the country — leaving us stumped — I’m taking a look at the language of elections. With attitude.

While you were reading, another few candidates may have thrown their hats into the ring. Come to think of it, when’s the last time you saw a candidate wearing a hat? And why throw it? And into what ring?

Ronald Reagan sometimes wore a hat. But that was a cowboy hat. And that you don’t take off less’n you mean it. On a plane once, I spotted a Westerner wearing his hat. I told my wife, “See that cowboy? Watch … he’s not going to take that hat off the entire flight.” Sure as shooting. The hat stayed on.

So where did “throwing the hat” come from? Safire’s Political Dictionary says that, in 1912, a reporter asked Theodore Roosevelt if he was a candidate. Roosevelt answered, “My hat’s in the ring. The fight is on. …”

Safire explained that the hat came from a frontier boxing phrase. “When a Westerner decided he was willing to fight all comers, he threw his hat in the prize ring, similar to ‘throwing down the gauntlet’ in the days of chivalry.” Gauntlets — armored gloves — are hard to come by these days. Throwing down a Thinsulate glove just doesn’t seem to convey the same kind of challenge.

Still, hat or hatless, the candidates are spawning more like fish than like donkeys or elephants. It’s hard to keep score.

My interest, frankly, is the language of elections, not politics. I’ll leave the punditry to my able-minded colleague, Yochonon Donn, who is providing an ongoing guide to the candidates and issues. ­Pundit, according  to Safire’s Political Dictionary, “comes from a Sanskrit word for ‘learned man.’” So it’s more appropriate for a Rabbi to give that advice.

As I trek through the wilderness of political rhetoric, I carry a sound bite kit. It’s like a snake bite kit, only it comes with a virtual scalpel — to cut out the nonsense from 30-second memorable quotes. And it includes a mental suction device, to suck the venom out of the mind. Political wilderness medicine experts also warn to keep the bitten mind still, and to lie down — to keep the venom from reaching the heart.

It’s easy to blame political palaver on social — and antisocial — media. But sloganeering was part of the political scene long before people started hashing things out in 30-second and 140-character snippets.

When my daughter Malkie got a phone number ending in 5440, I told her I’ll be able to remember it from “Fifty-four Forty or Fight!”

Her glazed look told me I’d better explain. In 1844, James K. Polk ran for president, promising to take the Oregon Territory from British Canada. His campaign slogan was “Fifty-four Forty or Fight!” — from the latitude that marked the northern boundary of Oregon at 54°40’.

Polk won the election. But he didn’t go to war with Canada. He had enough trouble with the Mexican-American War. The Treaty of 1846 with Canada settled the northern boundary at the 49th parallel.

Who remembers James Polk today? Only historians — and guys like me, who look it up. But the slogan remains a fixture of the American language.

A great slogan like Ronald Reagan’s “Are You Better Off Than You Were Four Years Ago?” can win an election. What is it that makes slogans so powerful? Safire explained, “Great slogans … touch a chord of memory, release pent-up hatreds, or stir men’s better natures.”

Slogans move like stealth bombers. They fly under the radar of the rational mind and directly target the emotions. Remember the election of 2008? That was partly a victory of sloganeering — “Change We Can Believe In.”

Not long after that, I gave a dollar to a tzedakah collector in shul. He asked if I wanted change. I told him, “After the election, I’m afraid to ask for change!”

Now Hillary Clinton tells us, “Everyday Americans need a champion. I want to be that champion.” Yawn. Send that lady a box of Wheaties.

Ted Cruz waves the flag of “Reigniting the Promise of America.” What would Smokey Bear say?

Compared to “Fifty-four Forty or Fight,” these aren’t sloganeering; they’re mumbling. You never know, though; maybe Donald Trump will offer a new deal.

A Pogo cartoon from 1952 showed a pompous character launching an election campaign. He proclaimed:

“Our politicians must meet the modern maddening moil with the clash of slogan and symbol — We must be symbol minded.”

Not always does the fastest gun win. Hats off to the sure slow‑gun.