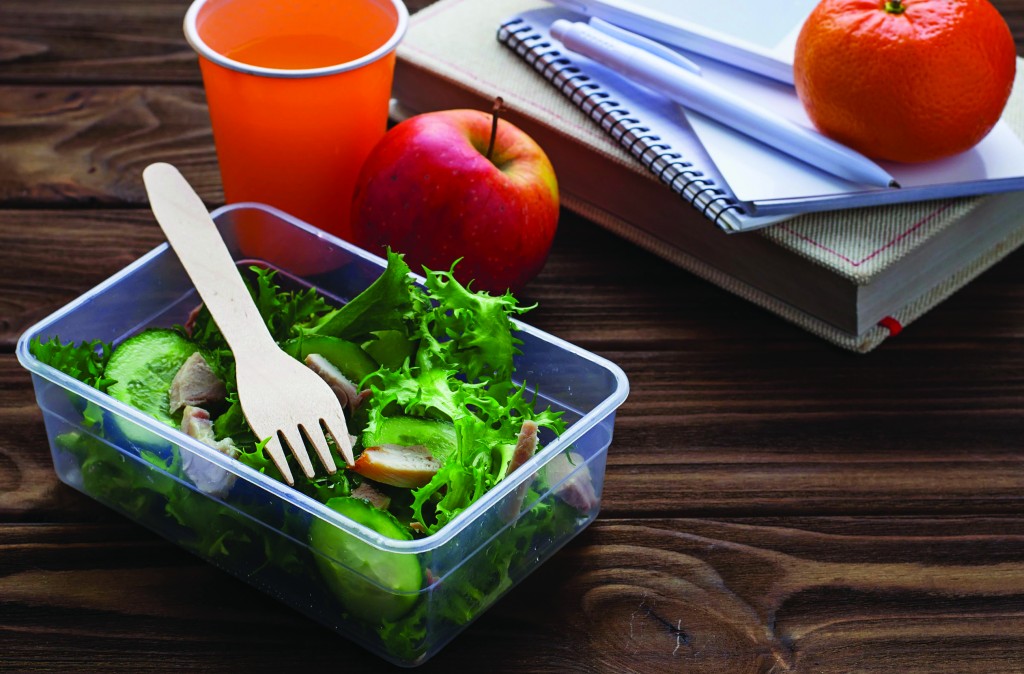 Picture this typical scene in an American household:

A teenager studying in his room wanders into the kitchen hoping for both a distraction and a snack that might give him energy for the hours of work he has ahead. He reaches for a bowl of ice cream, a soda or an energy drink, trusting the sugar and caffeine will get him through the next few hours of essay writing and fact cramming.

Do those snacks actually help? Of course not; after a short interval of feeling energetic, the teenager grows irritable, possibly even jittery. He is less able to focus. He might even be more anxious than before, both chemically from the caffeine and sugar (which are stimulants) and because he is worried about his renewed low energy and lack of focus. How will he get it all done?

It’s human nature to reach for sugar, carbohydrates or caffeine when lacking energy or feeling anxious. “When we feel stressed, we seek foods that are going to comfort us immediately, but often those foods lead to surges and crashes in hormones and blood sugar that increase our susceptibility to new stresses,” says David Ludwig, a professor of pediatrics and nutrition at Harvard University and a researcher at Boston Children’s Hospital.

Caffeine, one of the more common substances people rely on for energy, does its job by blocking a chemical that calms the brain. When this chemical is blocked, stress hormones increase, often exacerbating existing anxiety.

Caffeine can cause fragmented sleep and insomnia, as it can remain in the body for up to seven hours. In a 2010 study in the Journal of Pediatrics, 75 percent of children surveyed consumed caffeine on a daily basis, and the more they consumed, the less they slept. Lack of sleep can inhibit children’s performance on a test the next day and how well they focus in class, retain information, and deal with everyday stress and social pressures.

Sugar is another substance that triggers the hormone surges and crashes that Ludwig describes. When processed sugar enters the body, it rushes into the bloodstream, giving us the desired blast of energy, but then our bodies produce insulin to decrease the blood sugar. This dramatic drop from high to low blood sugar triggers our bodies to release the stress hormones cortisol and adrenaline. Children, already anxious about their homework, do not need additional stress hormones.

Thankfully, there are alternatives. Specific amino acids (parts of proteins) ignite certain neurotransmitters in the brain that make us feel happy and focused. The foods you eat affect which neurotransmitters will be present in your brain. For instance, eating protein (specifically the amino acid tyrosine, found in salmon, eggs, turkey and red meat) helps the body produce norepinephrine and dopamine, both promoting brain alertness and activity, which are certainly beneficial to a kid studying for exams.

Omega-3 fatty acids found in salmon, walnuts and flaxseed have also been shown to help with stress management. Joe Hibbelin of the National Institutes of Health has spent decades studying the connection between omega-3s and emotional health. “You can either be good at weathering stress, or you can be brittle,” he explained. “And omega-3s make your stress system more flexible.”

B vitamins found in avocados, eggs and beans support our nervous system and give us long-lasting energy. Blueberries have an antioxidant called anthocyanin that has been shown to calm nerves. Vitamin C, found in leafy greens and citrus, helps control spikes in cortisol. Magnesium calms our nerves, heart and muscles.

I know it is unrealistic to expect teenagers to reach for salmon or leafy greens in the height of test stress, but we parents can at least feed our kids dinners containing foods such as these. The more protein, omega-3 fatty acids, vitamins and minerals they have in their bodies, the better equipped they will be to deal with stress. We can also offer them a bowl of blueberries, a handful of almonds, or guacamole and chips as study-break snacks instead of that energy drink.

Now let’s try this again. Picture the following scenario and see if you’d rather identify with it: Your child is done studying, and everyone is getting a great night’s sleep.