Columns Nutrition Does Eating Fat Make You Fat? This Physician Says No
Nutrition 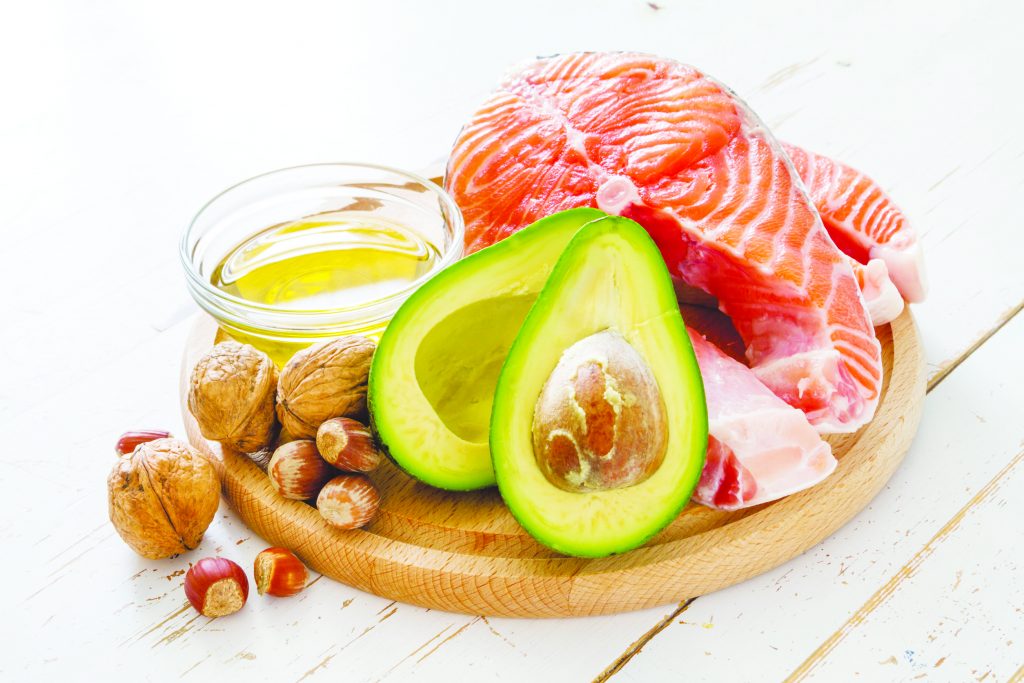 The weight-loss industry has long been saturated with gimmicky, too-good-to-be-true diets, so one could be excused for thinking the main benefit of “Eat Fat, Get Thin” is to burn calories by causing particularly vigorous eye-rolling.

I mean, doesn’t eating fat, like, make you fat?

Actually, the answer is a big, fat no, at least according to Mark Hyman, director of the Cleveland Clinic Center for Functional Medicine and the man behind the “Eat Fat, Get Thin” plan. He is also, apropos of this moment, a key medical adviser to Hillary and Bill Clinton, but in a recent phone interview, I found him as silent on that topic (citing potential HIPAA violations) as he was expansive on the benefits of healthy fats.

Hyman is credited with moving the Clintons to his eating plan — in Bill’s case, getting the former president, who had gone vegan after quadruple bypass surgery in 2004, to eat some meat and cut down on carbohydrates. For the 56-year-old physician and best-selling author, there are two key concepts: Dietary fat does not, in fact, increase body fat, and all calories are not created equal.

“The misinformation that has been pushed on our population by the food industry and our government, which is that all calories are the same — that’s true in a laboratory, when you burn them,” Hyman said. “It’s not true when you eat them.”

In a blog post last year, Hyman compared the effects of consuming 750 calories of soda vs. 750 calories of broccoli, pointing out the many adverse effects of the former, including an insulin spike, which increases the storage of belly fat. In our conversation, he noted, “Fat, on the other hand, does not raise insulin.”

What healthy fats can do, Hyman wrote in his forthcoming book, is “shut down cravings, speed up metabolism” and “help prevent and reverse heart disease, not cause it.” He points the finger at a long-standing and misguided obsession with calories, one that demonizes fats for containing more of them than processed carbohydrates and sugars, leading to “dangerous low-fat diets.”

“The basic idea is that the quality and composition of your diet matters more than the calories,” Hyman told me. In terms of his cookbook, that means not only making sure to eat healthy fats, including “wild fatty fish (sardines, mackerel, herring, wild salmon), grass-fed meat or organic poultry (skin and fat left on), nuts and seeds, avocados, extra-virgin olive oil, and coconut oil,” but even adding fat to coffee.

Of course, many of us do that already, in the form of half-and-half, but Hyman is not a fan of most dairy products, except for grass-fed butter and ghee, a form of clarified butter. So, he says, go ahead and mix that into your coffee! Yes, butter. Or, perhaps, MCT (medium-chain triglycerides) oil, a derivative of coconut oil, of which Hyman is a big fan.

The Washington Post’s own healthy-eating expert, Ellie Krieger, recently wrote, “Don’t buy into the coconut as cure-all hype, and do stick to unsaturated oil for everyday cooking.” But coconut oil, as well as milk and flour derived from the plant, show up frequently in Hyman’s recipes. The medium-chain fatty acids found in coconuts are a “special type of fat that is differentially absorbed by the liver” and help speed up metabolism and curb appetite, he said.

Of course, as with any eating regimen (Hyman dislikes the word “diet” almost as much as he dislikes Twinkies), it’s not all coconut-flavored fun and buttery games. The shoe that’s waiting to drop on those going the “Eat Fat, Get Thin” route is, for many, a drastic reduction in dietary sugar and carbohydrates.

In fact, Hyman’s emphasis on avoiding processed foods — “Leave the food that man made and eat the food that G-d made,” he says — and most dairy products constitutes a hybrid of the Paleo diet and veganism, or what he calls “Pegan.”

“It’s really a way of eating that your body was designed for, which is what we’ve been eating for thousands of years,” he said. Sugar and flour “are really new foods for us, and yet now they’re the most abundant sources of our calories.”

What Hyman prescribes is for “slow carbs or non-starchy plant foods,” such as green leafy veggies, broccoli, mushrooms, tomatoes, peppers and bok choy, to “make up 75 percent of your plate,” along with four to six ounces of protein. The good news is that, instead of having to squeeze a lemon onto the broccoli or using some similarly low-fat condiment, you can add some EVOO or avocado to it.

Bill Clinton, who appears to have lost plenty of weight since his White House days, seems to be a fan of the plan. The work of Hyman, who, according to a 2014 New York Times profile, was introduced to him by Hillary in 2005, “inspired” him to make “drastic changes to [his] own diet and exercise routine,” the former president said in a testimonial on the physician’s website.

Hyman also pointed me toward work by others that bolsters his position, including a 2012 study published in the Journal of the American Medical Association positing that “a strategy to reduce glycemic load rather than dietary fat may be advantageous for weight-loss maintenance and cardiovascular disease prevention.”

In a personal testimonial in his cookbook, Hyman wrote, “I’m now eating more calories and losing more weight, and I eat fat with every single meal!”

That sounds pretty palatable, although it helps that I’m already a fan of broccoli and sardines. In case you’re wondering, I have yet to try the “Eat Fat, Get Thin” di… er, eating regimen, although heaven knows I could stand to lose some weight.

My wife and I have been experimenting with coconut oil, though, so maybe I’ll take a baby step by mixing some into my coffee. Gotta start somewhere, right?