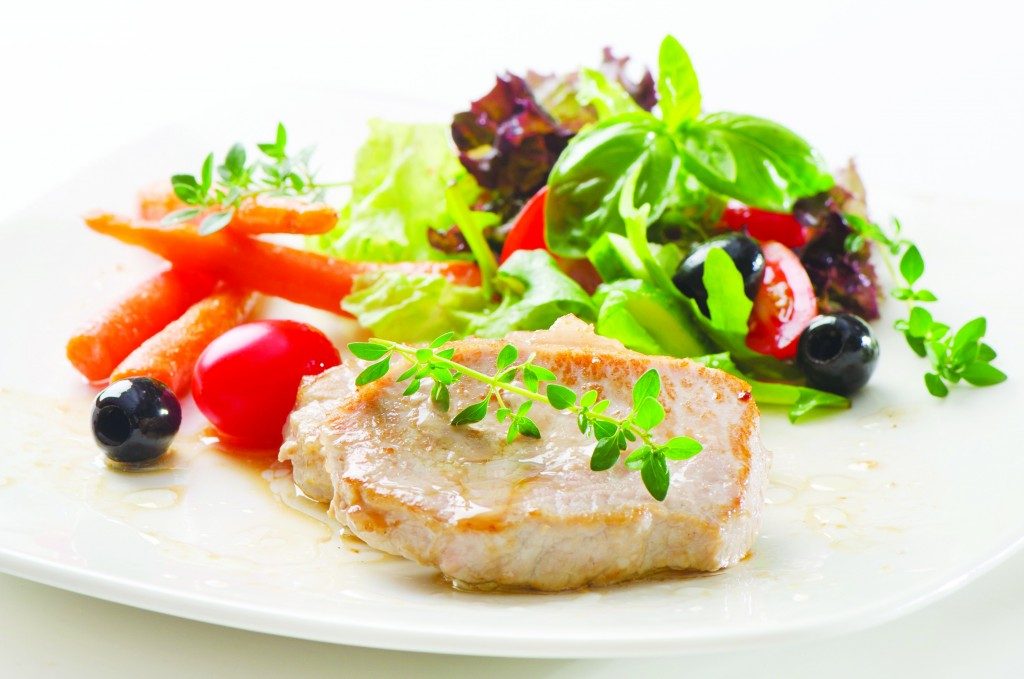 (The Washington Post) – The advice is given so often by nutritionists, personal trainers and diet-book authors that it’s hard not to believe it: If you want to control your appetite, eat small, frequent meals. The idea is that if you allow too many hours to elapse between breakfast and lunch, or lunch and dinner, you will become so ravenously hungry that you will be at best uncomfortable and at worst rendered unable to make food choices that are in your best interest.

But do you really need to eat five to eight times per day? Research designed to actually answer that question suggests that you don’t.

For decades, observational studies have noticed that increased meal frequency is associated with a lower likelihood of being overweight, but association doesn’t prove cause and effect. In fact, several randomized, controlled-feeding studies — some of which specifically measured appetite — conducted at institutions in the United States and other countries in the past decade tell a different story. In a few of these studies, smaller, more frequent meals helped curb appetite. But mostly, the opposite was true.

For example, a study aimed at assessing how eating patterns affect chronic inflammation, published in January in the Journal of Nutrition, included a secondary element in which 12 participants ate breakfast either as one large meal or as two smaller meals spaced about 90 minutes apart. They were asked to rate their hunger, desire to eat and fullness every 30 minutes, starting before the first meal at 8 a.m. and continuing until noon. The group that ate one large breakfast had a sharper drop in hunger, then a steady rise in hunger until noon. The group that ate two meals reported less suppression of hunger after the first small meal, then a more dramatic rise in hunger until the second small meal at 10:30 a.m. After that meal, hunger levels dropped again. Overall, average hunger and desire to eat were highest in those who ate the two smaller breakfasts compared with those who ate one larger meal. The researchers’ firm conclusion: “Higher eating frequency does not decrease appetite in healthy adults.”

A 2007 study in the journal Appetite involving 16 participants found no “significant effects” on appetite from frequent feedings. A 2010 study in the British Journal of Nutrition found no significant differences in appetite ratings or secretion of ghrelin, the “hunger hormone,” among 16 participants who were randomly assigned to eat three meals per day or three meals plus three snacks. A study published in 2011 in the journal Obesity found that among 27 obese men, higher protein intake helped control appetite, but increased meal frequency (three vs. six meals per day) did not.

(The small number of participants in this research is typical of controlled-feeding studies, because they’re so expensive. Participants not only have to be fed but often also sequestered or otherwise monitored, to be sure they’re not eating on their own.)

Managing appetite — defined as the desire or urge to eat, which includes your perceived level of hunger — depends on more than just meal spacing. Meal size and composition are critical factors. In other words, what you eat probably makes more of a difference than how often you eat. If you are making healthful food choices and eating to meet your body’s energy needs, and your hunger rarely flares out of control, then worrying about how often you eat is splitting hairs.

Food cravings are a somewhat different matter. Cravings are related to appetite in that they involve a desire to eat, but cravings can happen even when you’re not hungry. Stress, boredom or strong emotions can produce an urge to eat; for some people, the mere presence of food, especially tasty food, can trigger eating urges. Because cravings can feel more powerful when you are also hungry, managing hunger and appetite may help reduce cravings, but it often doesn’t eliminate them. Other strategies are generally needed.

Overall, research has found that increasing meal frequency beyond three meals per day has little to no effect on appetite, despite the argument that decreased hunger may explain observed associations between frequent meals and lower body weight. On the other hand, eating fewer than three meals per day tends to increase appetite. What does this mean for you? Rather than looking outside for answers to how often you should eat, look inward.

Your ideal meal frequency will give you steady energy throughout the day and let you get hungry enough that you feel ready to eat a nourishing meal, but not so hungry that you lunge for whatever food you can get your hands on. Ask yourself these questions:

If you feel ravenous between meals, that could be a sign that you need to eat more at your meals (possibly just more protein), or you could need to eat more often. If you feel the need to eat oddly soon after a meal, but don’t really feel hungry, it may be that you aren’t eating the combination of foods that best suits your body, so try experimenting. If you tend to be distracted while you eat, practice eating mindfully so you get the mental satisfaction of fully tasting your food. Appetite is in the mind as well as the body.

If you realize that you rarely experience true hunger, or feel overly full after you eat, you may need to eat less at meals, if you are eating three meals a day, or eat less often, if you are eating several meals. Small, frequent meals — especially if they morph into a grazing pattern — can cause you to miss out on the hunger and fullness cues that can serve as an internal barometer of how much and when to eat. Plus, when you’re eating all the time, it’s easy to eat mindlessly, without any idea of what or how much you are eating in the course of the day.

Finally, if you never allow yourself to get hungry, you may forget what hunger feels like. Hunger is a normal physiological signal that tells us it’s time to refuel, and moderate hunger is nothing to fear. In fact, it enhances our enjoyment of the meal to come!

Carrie Dennett is a registered dietitian nutritionist and owner of Nutrition by Carrie.