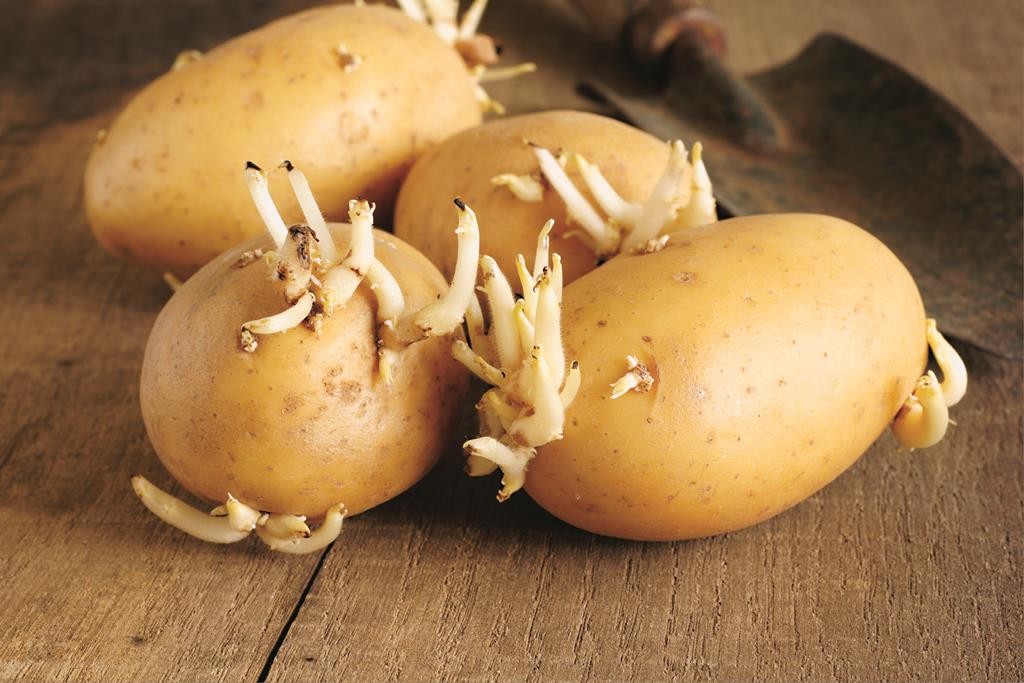 We know how life goes. One minute we’re happily intrigued with some new information. And the next moment, we’re scratching our heads saying, “Really?”

So goes what I thought would be a slam dunk column this week, featuring very cool food ideas forwarded to me from a friend in cyberspace. Titled “Ingenious Innovations That Really Work,” I was indeed intrigued, especially with the last item on this list:

Why the discrepancy? According to Washington State University, ethylene is considered the “aging hormone” of plants. It causes fruit to ripen. Yet ethylene has a wide range of effects on the sprouting of potatoes, depending on the quantity and length of exposure, say other plant experts. One older study from the University of California at Davis, for example, found that short-term exposure of potatoes to ethylene gas encouraged more sprouting while long term exposure suppressed it. Go figure.

In 2008, the test kitchen of Cooks Illustrated magazine did an actual experiment on this question. After eight weeks, they found that potatoes stored with an apple did not sprout as much as those stored without an apple.

What we do know for sure, according to the United States Library of Medicine, is that potato sprouts or any part of the plant that turns green contain a poisonous ingredient called solanine. We should always discard sprouts or any green on potatoes since this is where this toxin resides. All experts, including Dr. Potato of the Idaho Potato Commission, say the safest way to keep our spuds in good shape for the longest time is to store them in a cool (45 to 55 degrees F.) and dark place (not the refrigerator).

So much for simple advice. Send me your comments and we’ll figure this out together.

Barbara Quinn is a registered dietitian and certified diabetes educator at the Community Hospital of the Monterey Peninsula.