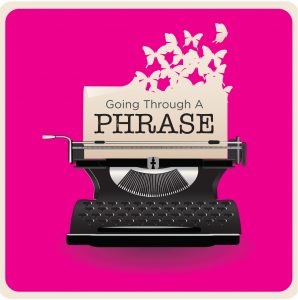 When Rabbi Dovid Orlofsky was a child, his father would bring him to shul on Rosh Hashanah. As he fidgeted around, he started counting the pages in the Machzor. Only 800 pages to go!

Then he realized he counted wrong. Half of those pages were in English. So, there were only 400 pages to go. Yay!

Making a quick calculation — based on the cantor taking 15 minutes per word — he figured he’d be home by Chanukah.

As Rabbi Orlofsky recalls it, “The idea was if you could stay in shul long enough and listen to the cantor, G-d felt so bad for you, He forgave you for all your sins.”

That wasn’t even counting Yom Kippur. Did you ever wonder what some people pounding on their chests might really be saying? “Oy! Why didn’t I listen to my mother and eat more yesterday?!”

As we get older and actually read the translation, it’s even worse. We get to the centerpiece, the holiest prayer of the year — Unesaneh Tokef — and the great news is we’re going to die.

We do get a menu of options: death by fire, by sword, by wild beasts, by hunger, by thirst, by earthquake, by pestilence …

For generations of Jews in America, the sum total of their Judaism was enduring the High Holidays — from the cantor to the pestilence. Is it any wonder that so many of them assimilated?

How did we get there?

Let’s start with the word Machzor. It doesn’t mean prayer book. It means cycle. It refers to the cycle of the year — when we come back around again to the same festival days. That’s more than a metaphor. Traveling around the Jewish year, we return to certain places in time. We don’t just remember them; we pass through and relive them.

As the Pesach Haggadah says, at the Seder we are supposed to feel as though we just left Egypt. It’s the same for other momentous dates. (Every wonder about why we call something important “momentous”? Think a moment.)

So here we are again. Next stop is the days from Rosh Hashanah through Yom Kippur, called Aseres Yemei Teshuvah. That’s usually translated as “The Ten Days of Repentance.”

Lexicographer Eric Partridge was a mentor to William Safire, who said, “Although Mr. Partridge died in 1979 at the age of 85 those of us in the language dodge commune regularly with his ghost.”

In Origins: A Short Etymological Dictionary of Modern English, Partridge traced the origin of the word repentance. It comes from a root meaning pain and punishment. Penitence is also related to penitentiary.

I don’t know about you, but I’m not looking forward to “10 Days in Penitentiary.” (When someone asks for my cell number I tell them to speak to my lawyer. As for working the other side of the bars, I’m a copyeditor, not a corrections officer.)

Teshuvah does not mean repentance. It means return. The Etymological Dictionary of Biblical Hebrew, based on the commentaries of Harav Samson Raphael Hirsch, shows that the same root is related to captivity, backsliding, bringing back, and return after forced departure.

It’s all there. The whole adventure is in the words.

And chet doesn’t mean sin (whose origin is related to guilt, or a dangerous disease). Chet means missing the mark or lacking something. As the Maharal explains, when the verse says, “Nobody is so righteous that he doesn’t ‘sin’” (Koheles 7:20), it means that something is always lacking.

Quoting the Sichos Mussar of Harav Yitzchok Eizek Sher, zt”l, Rosh Yeshivah of Slabodka, Rabbi Orlofsky explains how Elul is the preparation for Rosh Hashanah. Elul, as the Beis Yosef says, is an acronym for “Ani le’dodi ve’dodi li — I am for my beloved and my beloved is for me” (Shir Hashirim 6:3).

Rav Sher says this is not just a catchy slogan. The most important preparation for Rosh Hashanah is to know that G-d loves us.

We say in davening that G-d “chooses his people Israel with love.” But we have to learn to feel it.

We focus too much on getting whomped for our sins. But, as Rabbi Orlofsky says, “If you wake up in the morning and you’re alive, that means that G-d wants you in the world.” He has ways to dispense with the dispensable. “And that means you can do something that no one else can do.”

Let’s think of Rosh Hashanah as a welcome-home party.

But remember, it’s not a surprise party. G-d invites us. And He considerately gives us a chance to wash up and get ready.

So Happy Rosh Hashanah. And let’s turn Days of Awe from days of oy into days of awesome.