This Day In History 9 Teves/December 27

In 5655/1895, the Defamation Ceremony of Alfred Dreyfus took place. Dreyfus was a captain in the French army who was falsely accused by French anti-Semites of having sold classified documents to Germany. 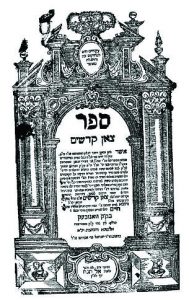 Harav Avraham Chaim Schorr was the son of Harav Naftali Tzvi Hirsch Schorr of Brisk, zt”l, who was in turn the son of Harav Moshe Efraim Zalman, zt”l, from Mehren (Moravia), a descendant of Rabbeinu Yosef of Orleans, zt”l (the Bechor Shor.)

Rav Avraham Chaim served as Rav in Stanow and later in Belz. In all the cities that he served in as Rav, Rav Avraham Chaim left his mark, strengthening Torah observance and disseminating Torah to many students.

Rav Avraham Chaim, although best known for Toras Chaim — his chiddushim on nine masechtos —had earlier written a sefer together with Harav Mordechai, zt”l, Rav of Berzon, titled Tzon Kodashim, on masechtos in Kodashim, Zevachim, Menachos, Temurah and Bechoros. This sefer is a basic work when learning Kodashim; in the margin of the Gemara, comments and annotations from Tzon Kodashim are often seen. The Chofetz Chaim reprinted this sefer in his Asifas Zekeinim on Maseches Zevachim. 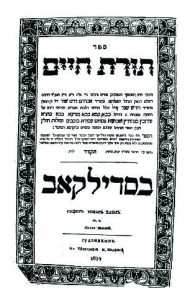 Many poskim quote Toras Chaim in their teshuvos. Rav Avraham Chaim’s son-in-law, Harav Tzvi Hirsch of Dubna, zt”l, writes that Rav Avraham Chaim published it only after receiving the assent of the Yeshivah shel Maalah.

In his hakdamah to Toras Chaim, Rav Avraham Chaim explains that in the rare instances that he disputes Rashi, the learner should not take it as his own chiddush — “Who am I to dispute Rashi?” — but should note that his position is always based on another of the Rishonim, for example, the Rambam.

In 1945, the World Bank and the International Monetary Fund were formally established.

In 1949, Queen Juliana of the Netherlands signed an act recognizing Indonesia’s sovereignty after more than three centuries of Dutch rule.

In 1979, Soviet forces seized control of Afghanistan. President Hafizullah Amin, who was overthrown and executed, was replaced by Babrak Karmal.