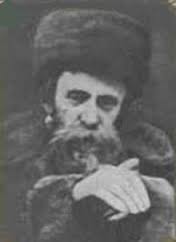 In 3175/586 B.C.E., Nevuchadnetzar’s army breached the walls of Yerushalayim prior to the destruction of the first Beis Hamikdash. During the 70-year exile in Bavel, this date was the fourth public fast day; but after the wall of the second Beis Hamikdash was breached on the 17th of Tammuz, the fast of commemoration was switched to that day.

In 5004/1244, at least 20 wagons loaded with manuscript Gemaros and commentaries were burned in France. This happened on Friday Erev Shabbos Parashas Chukas. (There were no printing presses in those times, and many writings of the Baalei Tosafos were lost forever.)

The decree was even more severe in Paris, where it was announced that every Jew who had a Talmud in his home would be exiled from France.

Reb Moshe married the daughter of Harav Pinchos Shalom Halevi Rottenberg of Chenshtochov, son of Harav Alter Meir Dovid of Wolbrum, who was a son of the Sar Shalom of Belz, zy”a (his father-in-law was Harav Moshe of Korib). The wedding was the first in the Belzer court after the petirah of Harav Yissachar Dov, who had been niftar in Cheshvan of that year. It took place shortly after Shavuos, 5627/1927.

Reb Moshe was known for his sharp mind; after his father’s tisch he was called upon to explain the divrei Torah of Reb Aharon.

When World War II broke out, Reb Aharon and his family fled Belz. During their stay in Premishlan, Reb Moshe was killed by the Nazis. This is how it happened:

On a Friday afternoon a week or two after the Nazis took control of Premishlan, they set the local shul on fire and threw people into the burning building. The Yidden tried to flee wherever they could. Tragically, together with four other Yidden, Reb Moshe was caught and burned to death.

When Reb Aharon was informed of the heinous murder of his beloved son, he said, “Baruch Hashem, I was zocheh to sacrifice a korban to Hashem…”

In 1870, Georgia became the last Confederate state to be readmitted to the Union.

Manitoba entered the Canadian confederation as the fifth province.