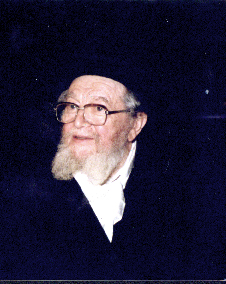 In 5704/1944, Harav Aharon of Belz, zy”a, and his brother, Harav Mordechai of Bilgorei, zy”a, were saved from the Holocaust. On this day they arrived in Beirut, where many Chassidim anxiously awaited them.

5728/1968, Harav Eliezer Silver, zt”l, Rav of Cincinnati, Ohio, and president of Agudas Harabbanim of the United States and Canada.

In 5683/1923 the Rebbe’s father, Rav Itzik’l, as he was affectionately called, emigrated to America and settled on the East Side of New York City. He later relocated to Williamsburg and then to Boro Park, where he made his home and established his shul on 47th Street. Tragically, Reb Itzik’l was niftar in 5701/1941, and at the age of nineteen, his young son, Reb Dovid, became Rebbe.

His dedication to mitzvos was remarkable. Once, in 5745/1985, when he was admitted to the hospital, he cried with bitter tears, “Since my bar mitzvah, I never once failed to put on tefillin without first immersing in the mikveh. How can I fail to do so today?”

The Rebbe devoted himself selflessly to Yidden, especially to those in need of medical advice. World-renowned doctors and professors heeded his call without question. The Rebbe was a pillar of ehrlichkeit and chessed, and many relied on him for guidance in every step of their lives. He also founded the Skverer mosdos, the Talmud Torah and the Tomer Devorah girls’ school.

A young man once came to the Skverer Rebbe, crying hysterically. He had brought his young wife to America from Eretz Yisrael hoping that doctors here would offer her a healthy future. She was scheduled for a liver transplant, but in the interim had slipped into a coma. She was at Mount Sinai Hospital, where the doctors were very close to declaring her clinically dead. He pleaded with the Rebbe to do something for this mother of children.

The Rebbe telephoned one of the first transplant pioneers, Dr. Starzel, in Pittsburgh and sent the woman’s medical records. Unfortunately, Dr. Starzel concurred with the verdict of the New York doctors, and would not accept her as a patient.

The Rebbe was unable to bear the anguish of this young husband and father. He dialed Pittsburgh again, ordering the doctor to operate on the woman. The Rebbe stayed in contact with the doctor and the husband until she recovered.

Several months later, the young couple came to personally thank the Rebbe for being the shaliach who saved the woman’s life.

On 9 Shevat 5761/2001, the heart that beat with compassion for so many people stopped beating, as the Rebbe returned his soul to his Maker.

In 1989, NATO, the Warsaw Pact and 12 other European countries adopted a human rights and security agreement in Vienna, Austria.

In 1993, a historic disarmament ceremony ended in Paris with the last of 125 countries signing a treaty banning chemical weapons.