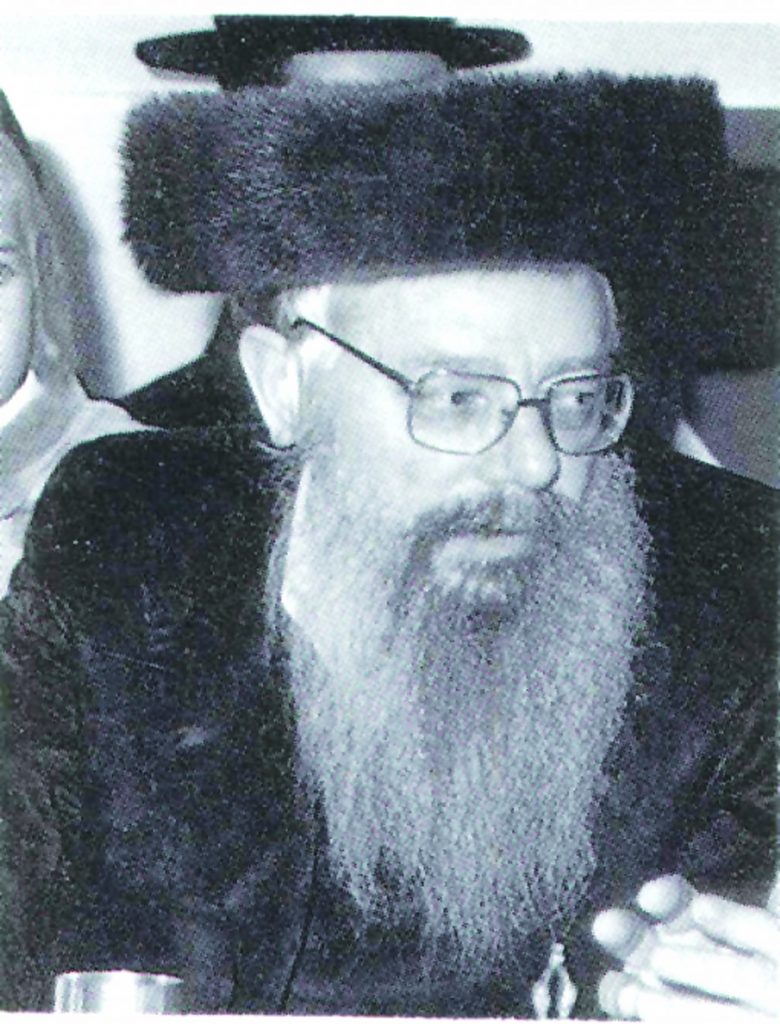 In 5414/1654, this date saw the end of a three-month grace period given by the Portuguese to the Jews of Brazil to leave the country. Those who remained after this deadline were handed over to the infamous Inquisition.

Rav Chaim served as Rav in Liska, a town located in the Tokay region of Hungary. After his passing his chiddushei Torah were published as sefer Tal Chaim.

Harav Moshe Hager was born on 5 Tammuz 5686/1926 in Grosswardein. His father was the illustrious Mekor Baruch of Seret-Vizhnitz, zy”a.

Two months before Reb Moshe was born, his uncle Harav Moshe of Shatz, zt”l, brother of the Ahavas Yisrael of Vizhnitz, zt”l, was niftar; the child was named after him. (Reb Moshe was later niftar on the yahrtzeit of this uncle.)

In 5707/1947, Reb Moshe reached the shores of Eretz Yisrael on the illegal immigrant ship Knesset Yisrael. Upon arrival he was deported to Cyprus, where he remained for a year. In Cyprus he organized shiurim for the refugees and instilled in them emunah and bitachon.

On 16 Shevat 5609/1949, he married Peninah Perel, the daughter of his uncle, Harav Chaim Menachem Horowitz, Rav of Dzikov.

Following his father’s petirah in 5725/1965, Reb Moshe became Rosh Yeshivah of Yeshivas Yachel Yisrael in Haifa, which he headed until his last day. He displayed mesirus nefesh for his talmidim and made each and every one feel important.

He assumed not only the spiritual burden but also the heavy financial burden of the illustrious institutions founded by his father. He undertook to assist his brother, the Seret-Vizhnitz Rebbe, zt”l, as well.

After being diagnosed with a debilitating disease, he still continued in his avodas hakodesh and Torah learning as if nothing were wrong. When his health continued to deteriorate, he was flown to the United States to undergo treatment. But on 9 Iyar 5759/1999, in New York, his pure neshamah returned to Hashem. His brother, the Seret-Vizhnitz Rebbe, was at his bedside at the time of the petirah.

The levayah, led by his brother the Rebbe, set out from the Seret-Vizhnitz beis medrash in Boro Park. According to the minhag of Vizhnitz, there were no hespeidim. From there, the aron was flown to Eretz Yisrael, where it was met by many Rebbes and Rabbanim.

It proceeded with a police escort to Ramat Vizhnitz in Haifa, where the niftar had been marbitz Torah for 35 years.

From there the large levayah went on to the Seret-Vizhnitz beis medrash in Bnei Brak.

Reb Moshe was buried in the ohel of the Vizhnitzer Rebbes in Bnei Brak, next to his father, the Mekor Baruch.

In 1494, during his second voyage to the Western Hemisphere, Christopher Columbus landed in Jamaica.

In 1892, Congress passed the Geary Act, which required Chinese in the United States to carry a certificate of residence at all times or face deportation.

In 1942, wartime sugar rationing began in the United States.