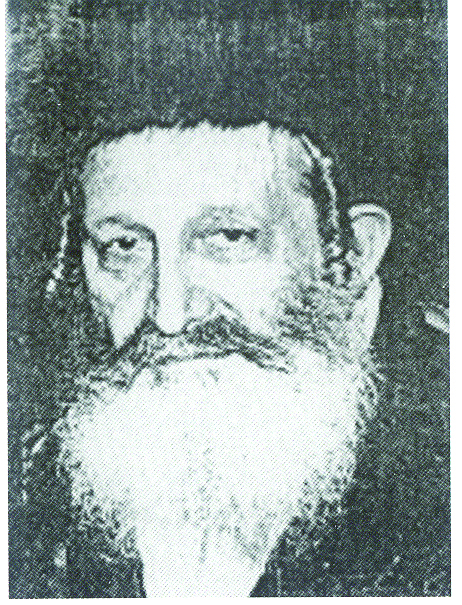 In 3828, the Jews defeated a major legion of the Roman army in Yerushalayim, just a few years before the second Churban. The date was celebrated as a yom tov.

Harav Yehudah Horowitz was born on 13 Tammuz 5652/1892 to Harav Yitzchak of Stutchin, zt”l, a scion of the Ropshitzer dynasty. Rav Yehudah lost his mother as a child.

Rav Yehudah married the daughter of Harav Yehoshua Shapira of Ribtitsh-Bluzhov, zy”a. In 5696/1936 he moved to Eretz Yisrael, settling in Yerushalayim and later in Teveriah.

Just two years later, in 5698/1938, he was appointed Rav in Stutchin, replacing his father who moved to Tarnow. At his father’s request, he began receiving Chassidim there.

In 5700/1940, after World War II broke out, Rav Yehudah had escaped to Lvov when he got word of his father’s passing. The Chassidim managed to anoint Rav Yehudah as their new Rebbe.

He fled to Russia, and thus was able to survive the war. After the war he moved to America, settling in Brooklyn.

The Rebbe wrote down the divrei Torah that he delivered every week to his Chassidim, printed as Minchas Yehudah.

In 1648, Boston shoemakers were authorized to form a guild to protect their interests; it is the first American labor organization on record.

In 1767, the Mason-Dixon line, the boundary between colonial Pennsylvania, Maryland and Delaware, was set as astronomers Charles Mason and Jeremiah Dixon completed their survey.

In 1892, the first long-distance telephone line between New York and Chicago was officially opened. It could handle only one call at a time.

In 1962, James D. Watson, Francis Crick and Maurice Wilkins were honored with the Nobel Prize for Medicine and Physiology for determining the double-helix molecular structure of DNA.

In 1969, the federal government banned artificial sweeteners known as cyclamates because of evidence they caused cancer in laboratory rats.