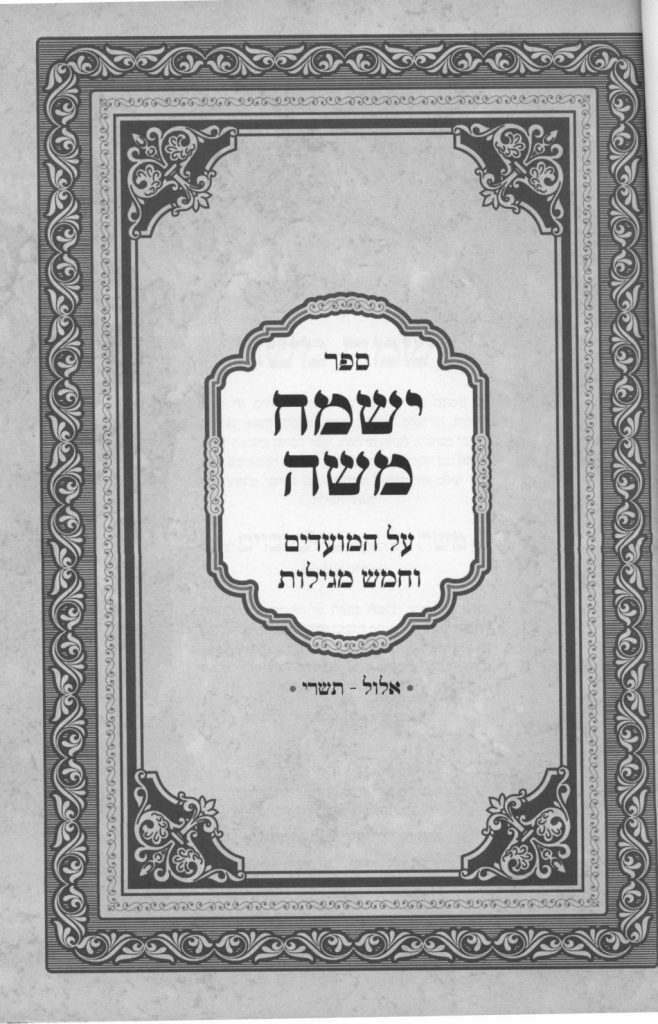 In 2937/825 B.C.E., the dedication festivities celebrating the completion of the Beis Hamikdash, built by Shlomo Hamelech, commenced and continued for seven days, including Yom Kippur.

Harav Elazar Nissan Teitelbaum was the son of Harav Moshe, the Yismach Moshe of Ujhel. He was born in Shineve in Tammuz 5546/1786.

His father quotes some of the chiddushim he composed in his young years.

Reb Elazar Nissan married the daughter of Harav Aharon, zt”l, Rav of Chodorov. He settled in Drohobitch, where his wife’s grandfather Reb Nachum, parnass of the city, lived.

In 5600/1840, he moved to Ujhel, where his father lived. That year he received an offer to serve as Rav in Drobich, and he returned there.

The next year, following the petirah of his father, Reb Elazar Nissan was offered the position of Rav of Ujhel, but he turned down the offer, preferring to remain where he was.

Although Chassidim began coming to Reb Elazar Nissan, he turned them away.

Unlike his father, Reb Elazar Nissan didn’t write down his divrei Torah. Some of his chiddushim and drashos are quoted by his father, and more by his son, Harav Yekusiel Yehudah, the Yetev Lev.

His other sons were Harav Shmuel, Rav of Gorlitz, zt”l, and Harav Nachum, zt”l, Rav of Drohobitch. His son-in-law was Harav Yisrael Hakohen Rappaport of Tarnow, zt”l, mechaber of She’eilos U’Teshuvos Mahari Hakohen.

In 1066, William the Conqueror invaded England to claim the English throne.

In 1787, the Congress of the Confederation voted to send the just-completed Constitution of the United States to state legislatures for their approval.

In 1850, flogging was abolished as a form of punishment in the U.S. Navy.