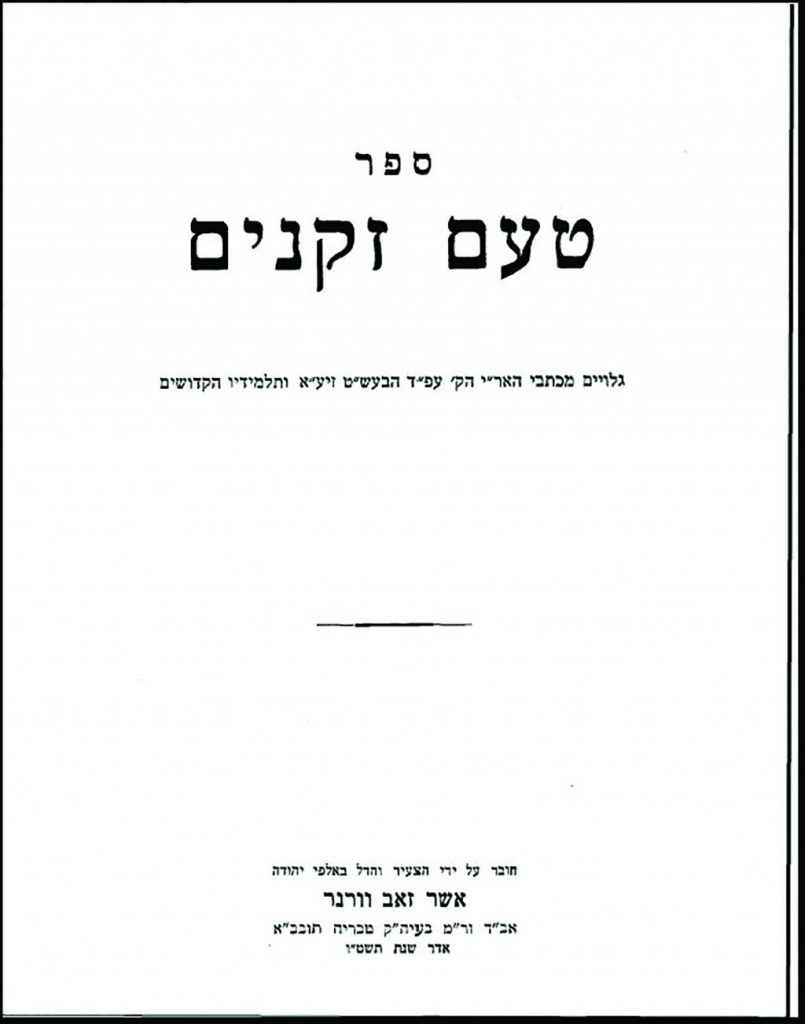 In 3515/247, at the commandment of King Talmai (Ptolemy), the Torah was translated into Greek. A taanis tzaddikim commemorates the event. (Shulchan Aruch, Orach Chaim 580:2)

The Gemara relates: “King Talmai (Ptolemy) gathered 72 elders and placed them in 72 separate chambers, without revealing to them why they were called. Entering each room, he said, “Write for me the Torah of Moshe, your teacher.” Hashem put it in the heart of each sage to translate exactly as all the others did” (Megillah 9).

Talmai found that each translation was identical to every other one, even in places where the sages intentionally altered the literal translation.

This translation of the Torah was a tragic moment for the Jewish people, one that Chazal describe in Megillas Taanis as “three days of darkness” descending upon the world.

In 5722/1961, Adolph Eichmann was sentenced to death after being tried in Israel.

Harav Asher Zev Werner was born in 5655/1894 in Yerushalayim. His father, Rav Simcha Bunim, was a member of the beis din of Yerushalayim.

He learned first under the tutelage of his father and then in Yeshivas Toras Chaim.

He was close with many of the leading Rabbanim of his time, notably Harav Shneur Zalman of Lublin, the Toras Chessed.

He married the daughter of Harav Mattisyahu Senberg, a grandson of the first Slonimer Rebbe, Harav Avraham, and settled in Teveria, where he became close with the elder Slonimer Chassidim and with Harav Moshe Kliers, Rav of the city.

Reb Asher Zev was a talmid chacham in Shas and poskim as well as in Kabbalah. He wrote Taam Zekeinim, based on the works of the Arizal and other mekubalim.

When World War I broke out, Reb Asher Zev left Eretz Yisrael, settling first in Cyprus and then moving to Alexandria in Egypt. He considered staying in Egypt, but following the advice of Harav Shmuel of Slonim, Reb Asher Zev set off for America.

From America, Reb Asher Zev helped the many Torah institutions in Eretz Yisrael.

He was Rav in several towns; his final position was in Providence. His house was a place of hachnassas orchim and chessed for overseas guests.

In 5694/1934, after the petirah of Harav Meir Kliers, Reb Asher Zev was asked to return to Teveria and take the position of Rav. The local community was pleased to have Reb Asher Zev as their Rav; even when away he maintained contact with the community and the mosdos.

In his house, community members found an open door and a listening ear. Many guests sat at his table and he secretly supported tens of talmidei chachamim.

In 1838, Samuel Morse and Alfred Vail gave the first successful public demonstration of their telegraph in Morristown, New Jersey.

In 1950, Britain recognized the Communist government of China.

In 1967, U.S. Marines and South Vietnamese troops launched Operation Deckhouse Five, an offensive in the Mekong River delta. The 10-day operation reportedly claimed the lives of 21 Viet Cong fighters along with seven Americans.

In 1974, year-round daylight saving time began in the United States on a trial basis as a fuel-saving measure in response to the OPEC oil embargo.