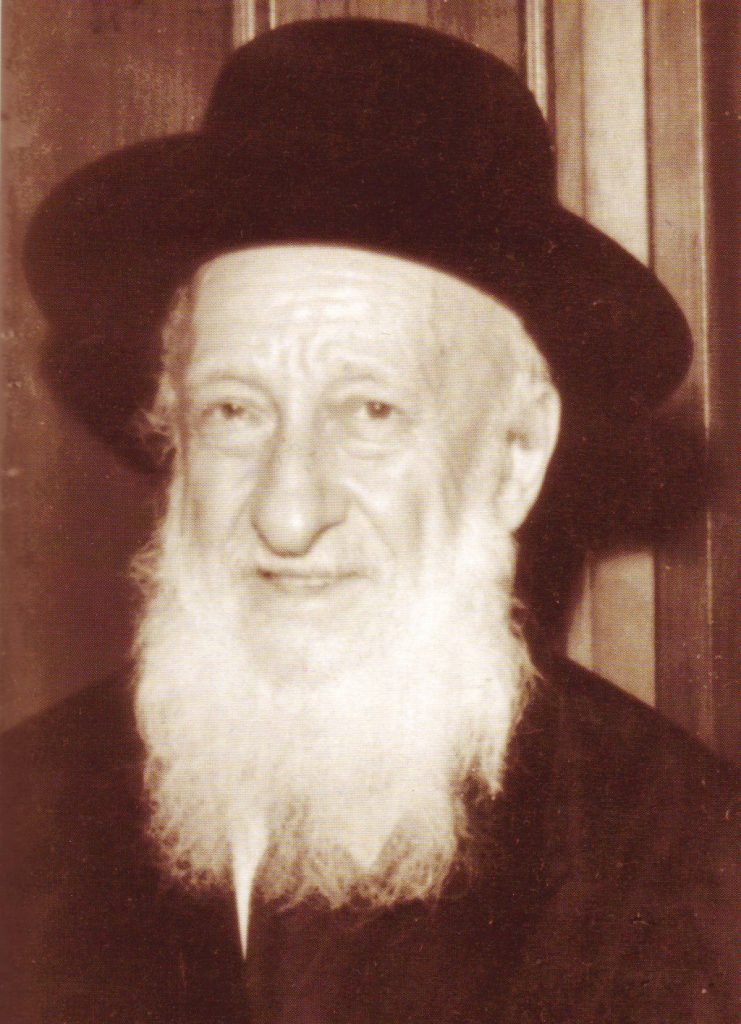 Harav Yaakov Yisrael Twersky was born in 5662/1902. He was the son of Harav Shlomo Shmuel of Chernobyl.

Reb Shlomo Shmuel was named Chernobyler Rebbe after the petirah of his father, Harav Baruch Asher of Chernobyl, in 5665/1905. At the outbreak of the Communist Revolution in 1917, Reb Shlomo Shmuel settled in Kiev. In 5693/1933 he moved to Riga and from there to Brooklyn, New York, where he was niftar on 28 Adar II, 5695/1935.

Rav Yaakov Yisrael married the daughter of Harav Yaakov Yosef Mandel of Aurzhshtetshev, from the dynasty of Ostrohah.

In 5697/1937, Rav Yaakov Yisrael managed to escape from Soviet Russia to Eretz Yisrael. From Eretz Yisrael he went on to America in 5699/1939, to succeed his father as Rebbe.

Rav Yaakov Yisrael set up a beis medrash in Boro Park. He became known for his outstanding middah of hachnassas orchim. His house was open to all.

The Rebbe had several thousand followers in the New York area and thousands more elsewhere, especially in Chicago, where many Jews from Chernobyl had immigrated before World War I.

Rav Yaakov Yisrael was active in communal affairs, and held an honored place among the American Rebbes.

On 8 Kislev 5744/1983, the Rebbe had just finished conducting a yahrtzeit tisch for his forebear, the Chernobyler Maggid, Harav Aharon of Chernobyl, when he suddenly felt ill. He was immediately rushed to the hospital, where he passed away a few hours later.

The Rebbe was laid to rest in the Beth David Cemetery on the Queens-Long Island border alongside his father, Rebbe Shlomo Shmuel Twersky. A large ohel marks his grave.

The ohel is usually locked; stop at the office for the key.

In 1863, President Abraham Lincoln issued his Proclamation of Amnesty and Reconstruction for the South.

In 1962, typographers went on a 114-day strike against four New York City newspapers.

In 1991, Russia, Byelorussia and Ukraine declared the Soviet national government dead, forging a new alliance to be known as the Commonwealth of Independent States.