This Day in History – 8 Cheshvan/November 6

In 5481/1720, the shul of Rabbeinu Yehudah Hechassid with its 40 sifrei Torah was set ablaze by Arabs, thus marking the tragic end of his group’s ascending to Eretz Yisrael. The rebuilt shul was destroyed by the Jordanians in 5708/1948.

In 5446/1685, the Brachah v’Shalom shul on the Jodensavanne (the Jews’ Savannah) in the Dutch colony of Surinam was dedicated. This was the first shul in the Western Hemisphere. 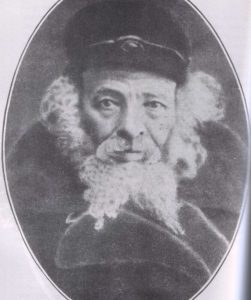 Harav Nachum was born in 5572/1812. He studied in various yeshivos, including that of Volozhin. Despite poverty, severe hardship and numerous tribulations, his incredible diligence earned for him vast knowledge in both the nigleh and the nistar (the revealed and the hidden aspects of Torah).

At the age of 21, when he was already married, Reb Nachumke, as he was called, settled in Horodna. He was already known then as a gadol b’Torah; nevertheless, in his great humility, he adamantly refused to accept a Rabbinical post. Instead, he joined the Chevrah Shas shul where he studied day and night.

The townspeople, headed by the Rabbanim, offered him the job of shamash in the shul. Reb Nachumke happily agreed, thereby exhibiting yet another facet of being meshamesh talmidei chachamim.

He became known for collecting and distributing vast amounts of tzedakah. Initially he tried to conceal his actions, but eventually they became known, and the townspeople generously responded to his appeals.

Reb Nachumke suffered much during his life. He buried most of his many (17) children, and was always weak and sickly. However, his fiery spirit was never dimmed and his fervor for avodas Hashem always remained intact.

Reb Nachumke would deliver a drashah every Shabbos, drawing many participants to his deep and penetrating discourses.

The Chofetz Chaim considered Reb Nachumke to be his rebbi. The Chofetz Chaim related that when he was 15 years old, he traveled to Reb Nachumke in Horodna. After Maariv, he hid in the shul. From his hiding place behind some chairs, he watched how Reb Nachumke, believing that the shul was empty, approached the bimah and reached into one of the two boxes reserved for sheimos. Reb Nachumke removed a sefer Kabbalah from the box and began learning.

Suddenly, the Chofetz Chaim saw a fire surrounding Reb Nachumke. “I became very frightened and was about to yell ‘gevald,’” the Chofetz Chaim related. “Then I realized that this was not the type of fire that we are accustomed to. I remained silent and did not utter a word. Shaking, I watched Reb Nachumke learn, the entire time thinking that my soul would leave my body. After about an hour, Reb Nachumke put back the sefer, and the fire disappeared.”

In 1814, Adolphe Sax, the inventor of the saxophone, was born in Dinant, Belgium.

In 1860, former Illinois congressman Abraham Lincoln was elected President of the United States.

In 2012, President Obama was elected to a second term of office, defeating challenger Mitt Romney.

In 2016, FBI Director James Comey abruptly announced that Democrat Hillary Clinton should not face criminal charges related to newly discovered emails from her tenure at the State Department.