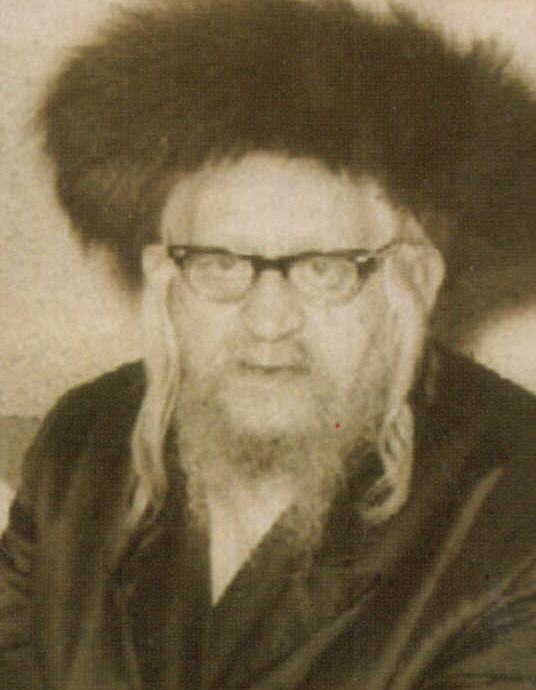 In 5702/1942, the mass deportation of Jews from the Warsaw Ghetto was announced, with over 300,000 Jews taken to concentration camps in the 53 days of this Nazi campaign.

Harav Chanoch Henich Dov Zilberfarb was born in Koidenov in 5650/1890. His father, Harav Meshulam Zalman Yosef of Toporow, was the son-in-law of Harav Aharon of Koidenov.

Harav Meshulam Zalman was famed for his avodas Hashem, to such a degree that the Alter of Slabodka, Harav Nosson Tzvi Finkel, used to send bachurim to Koidenov to witness with their own eyes how Reb Meshulam Zalman recited Krias Shema and davened. Reb Meshulam Zalman stamped his feet so hard in his unique hislahavus that the wooden floor where he stood had to be periodically replaced. It took him two hours to recite Kiddush Levanah, even in the freezing cold of midwinter.

Reb Meshulam Zalman was appointed Rebbe after his father-in-law, Harav Aharon of Koidenov, was niftar on 26 Elul, 5657/1897.

Initially, the family resided in Koidenov, but later they moved to Toporow, where Reb Meshulam Zalman was once Rav.

After the petirah of his father-in-law, on 11 Sivan 5689/1929, Reb Chanoch Henich was appointed Rebbe in his stead in Butashan, Romania.

It is related that once, in midwinter, he arrived in a town that had no mikveh. He insisted, despite the people’s protests, on immersing himself in the ice-covered river as a live demonstration of mikveh’s vital importance. When the people protested that they had no money to build a mikveh, Reb Chanoch Henich traveled around the neighboring towns to raise the necessary funds.

During World War II, thousands of Romanian Jews were banished to work camps; those who remained in towns needed a special permit. To shelter someone with no such permit in one’s home put one at risk. Despite the danger, Reb Chanoch Henich sheltered dozens of illegal refugees in the cellar of his home throughout the war years. The very well-attended Seder he led there is well known.

Even though Reb Chanoch Henich was blind during the last 20 years of his life, he would always stare into the sefer Torah before saying Birkas HaTorah. He accepted the decree with love, saying, “Baruch Hashem, now I don’t need to see what’s happening around me when I go out in the streets.”

In 1777, during the Revolutionary War, the Marquis de Lafayette, a 19-year-old French nobleman, was made a major-general in the American Continental Army.

In 1942, Oxfam International had its beginnings as the Oxford Committee for Famine Relief was founded in England.

In 1992, the former Soviet republic of Georgia was admitted to the United Nations as its 179th member.