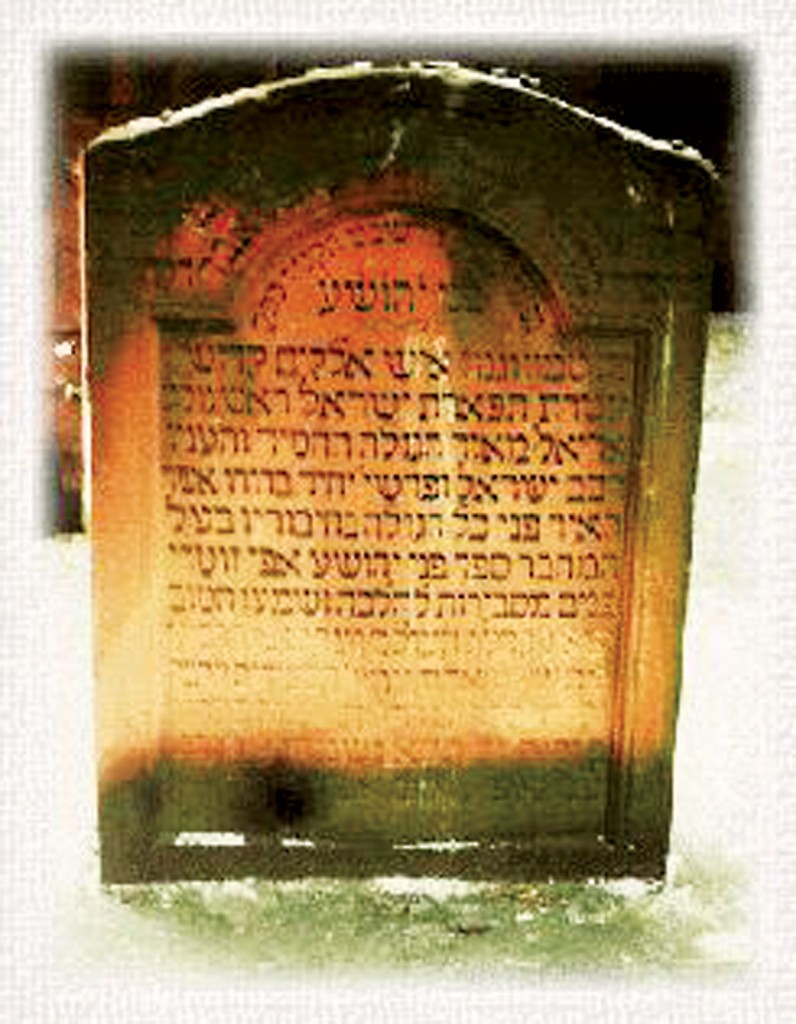 In 5434/1674, the Jews of Barbados were granted permission to take an oath on the Torah. On this same date 151 years later, Jews of Maryland were allowed to take a non-Christian oath.

Harav Aryeh Leib was born in 5475/ 1715. He learned Torah from his saintly father, Harav Yaakov Yehoshua Falk, the Pnei Yehoshua, and from Harav Tzvi Hersh Halberstadt. At a young age he succeeded in mastering vast amounts of Torah, but he managed to conceal this fact from everyone, even his father. He married the daughter of Harav Yechiel Michel Heilprin, Rav of Berzon. After her petirah, he remarried. His second wife was the daughter of Harav Chaim Yonah Teomim.

Eventually, his secret greatness in Torah could no longer be hidden, and it was revealed that, like his illustrious father, Reb Aryeh Leib was also a Gadol baTorah. He was asked to serve as Rav in the distinguished kehillah of Skohl, a post he fulfilled meticulously. Eventually he became Rav of Sevirz, and then, at the age of 41, he became Rav of the esteemed kehillah of Hanover, Germany, and the surrounding towns.

He fought fervently against the followers of Shabsai Tzvi. In the years 5410–5426/1650–1666, this movement rapidly gained followers, unfortunately even among frum, ehrlich Yidden. [Shabsi Tzvi falsely claimed that he was Moshiach; eventually he converted to Islam.] Reb Aryeh Leib stood steadfast at the head of his kehillah during those times of turmoil and confusion, and opposed even the slightest amendment to the authentic mesorah.

He was niftar on Erev Shabbos Kodesh, 8 Adar 5549/ 1789, and all of those who had benefited from his great character and leadership mourned their immense loss. His chiddushim are printed in the sefer Pnei Aryeh on Maseches Bava Kamma. He wrote many more chiddushim but, unfortunately, they were never published. His son, Harav Yissachor Dov, a Gadol baTorah in his own right, succeeded to his father’s position, and went on to lead the flock.

In 1801, the District of Columbia was placed under the jurisdiction of Congress.

In 1911, inventor Charles F. Kettering demonstrated his electric automobile starter in Detroit by starting a Cadillac’s motor with just the press of a switch, instead of hand-cranking.

In 1922, the Supreme Court, in Leser v. Garnett, unanimously upheld the 19th Amendment to the Constitution, which guaranteed the right of women to vote.

In 1943, during World War II, Norwegian commandos launched a raid to sabotage a German-operated heavy water plant in Norway.

In 1951, the 22nd Amendment to the Constitution, limiting a president to two terms of office, was ratified.

In 1991, during Operation Desert Storm, President George H.W. Bush declared, “Kuwait is liberated, Iraq’s army is defeated,” and announced that the allies would suspend combat operations at midnight, Eastern Time.