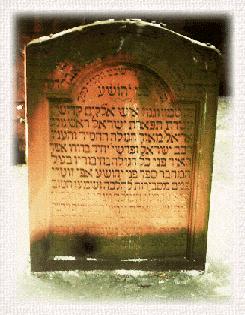 5585/1825, Jews were enabled to serve in public office in Maryland. In 1715, the Crown Colony of Maryland enacted a law requiring any citizen who wished to hold public office to take an oath of abjuration, which contained the words, “upon the true faith of a Christian.” In 1776, the new constitution of the State of Maryland reaffirmed this law, requiring any oath of office to contain a declaration of belief in the Christian religion. In the decades that followed, the struggle to repeal this law attracted national attention. On February 26, 1825, an act “for the relief of the Jews in Maryland,” was passed by Maryland’s House of Delegates. The bill allowed every Jewish citizen to take an oath which professes his belief in a “future State of Rewards and Punishments, in the stead of the declaration now required by the Constitution and form of Government of this State.”

Harav Aryeh Leib, born in 5475/1715, was the son of the saintly Harav Yaakov Yehoshua Falk, the Pnei Yehoshua. He learned Torah from his father and from Harav Tzvi Hersh Halberstadt.

Eventually, his secret greatness in Torah could no longer be hidden, and it was revealed that, like his illustrious father, Reb Aryeh Leib was also a Gadol baTorah. He was asked to serve as Rav in the distinguished kehillah of Skohl. Eventually he became Rav of Sevirz, and then, at the age of 41, he became Rav of the esteemed kehillah of Hanover, Germany, and the surrounding towns (Ah”u).

He fought mightily against the followers of Shabsi Tzvi. In the years 5410–5426/1650–1666, this movement rapidly gained followers — unfortunately, even among frum, ehrliche Yidden. (Shabsi Tzvi falsely claimed that he was Moshiach; eventually he converted to Islam.) Reb Aryeh Leib stood steadfast at the head of his kehillah during those times of turmoil and confusion, and opposed even the slightest deviation from the authentic mesorah.

He was niftar on Erev Shabbos Kodesh, 8 Adar 5549/1789, and all of those who had benefited from his great character and leadership mourned their immense loss. His chiddushim are printed in the sefer Pnei Aryeh on Maseches Bava Kamma. He wrote many more chiddushim but, unfortunately, they were never published.

In 1940, Adolf Hitler and Benito Mussolini met at the Brenner Pass, where the Italian dictator agreed to join Germany’s war against France and Britain.

In 1962, France and Algerian rebels signed the Evian Accords, a cease-fire agreement which took effect the next day, ending the Algerian War.