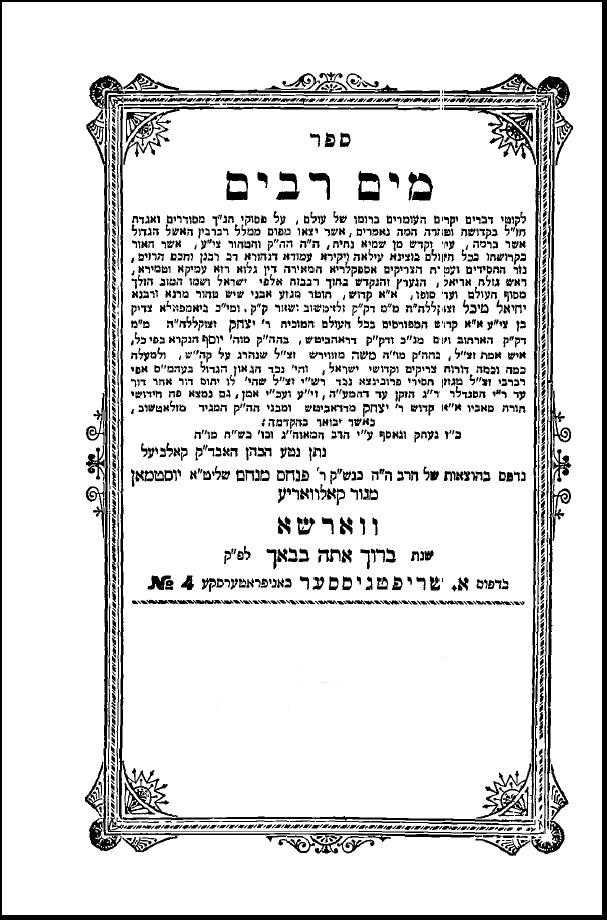 In 2449, the Nasi of Shevet Ephraim, Elishamah ben Amihud, brought his korban.

In 2490, the 30-day period of mourning for Moshe Rabbeinu came to an end. After Hashem told Yehoshua to cross the Jordan River, Yehoshua commanded the officers to prepare the nation for the journey.

In 3339, Yechezkel Hanavi received Hashem’s nevuah about the impending demise of the nation of Mitzrayim.

Rav Yitzchak resided in Ostroha, and was in the group of 10 avreichim, known as the foremost lamdanim in the city, who were supported by the naggid Reb Yozpe.

Later, Rav Yitzchak was Rav of Brod and also maggid meisharim in the city. He also served as Dayan on the beis din of Harav Yitzchak of Hamburg, zt”l.

Rav Yitzchak was also known for his many mofsim.

Many of Rav Yitzchak’s divrei Torah were later published in Mayim Rabbim, a compilation of the divrei Torah of his son Harav Yechiel Michel.

In 1861, the Civil War began as Confederate forces opened fire on Fort Sumter in South Carolina.

In 1945, President Franklin D. Roosevelt died of a cerebral hemorrhage in Warm Springs, Georgia, at age 63; he was succeeded by Vice President Harry S. Truman.

In 1961, Soviet cosmonaut Yuri Gagarin became the first man to fly in space, orbiting the earth once before making a safe landing.

In 1990, in its first meeting, East Germany’s first democratically elected parliament acknowledged responsibility for the Nazi Holocaust, and asked the forgiveness of Jews and others who had suffered.