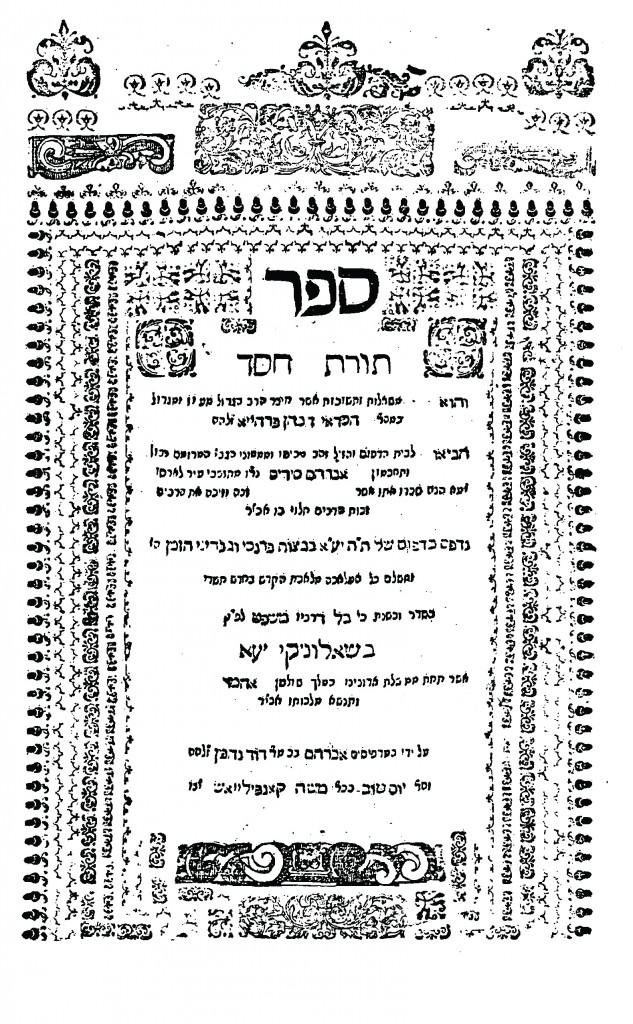 In 2450/1311 B.C.E., the Meraglim died in the Midbar. They suffered a plague, became sick and were niftar on 7 Elul. A taanis tzaddikim was established for this day, which commemorates the fact that they did not merit the acceptance of their teshuvah.

In 3802/42 C.E., Agrippa I dedicated the wall around Yerushalayim. The day is mentioned as a Yom Tov in Megillas Taanis.

5731/1971, Harav Reuven Margulies, zt”l, mechaber of Margalios Hayam and many other sefarim

Rav Chisdai was one of the leading Rabbanim of Salonika. A posek, he wrote chiddushim on Choshen Mishpat and She’eilos U’Teshuvos Toras Chessed (the word chessed is a play on his name, Chisdai) as well as on some masechtos of Shas. Other works of Rav Chisdai were never published.

After the petirah of Harav Menachem Shulam in 5431/1671, Rav Chisdai was appointed Chief Rabbi of Salonika, a position he held until his petirah on 7 Elul 5438/1678.

In 1901, Vice President Theodore Roosevelt offered the advice “Speak softly and carry a big stick,” in a speech at the Minnesota State Fair.

In 1935, a Labor Day hurricane slammed into the Florida Keys, claiming more than 400 lives.

In 1944, during World War II, Navy pilot Lt. (jg) George Herbert Walker Bush was shot down by Japanese forces as he completed a bombing run over the Bonin Islands. (Bush was rescued by the crew of the submarine USS Finback; his two crew members, however, died.)

In 1964, one of America’s most decorated military heroes of World War I, Medal of Honor recipient Alvin C. York, died in Nashville at age 76.

In 1998, a Swissair MD-11 jetliner crashed off Nova Scotia, killing all 229 people aboard.