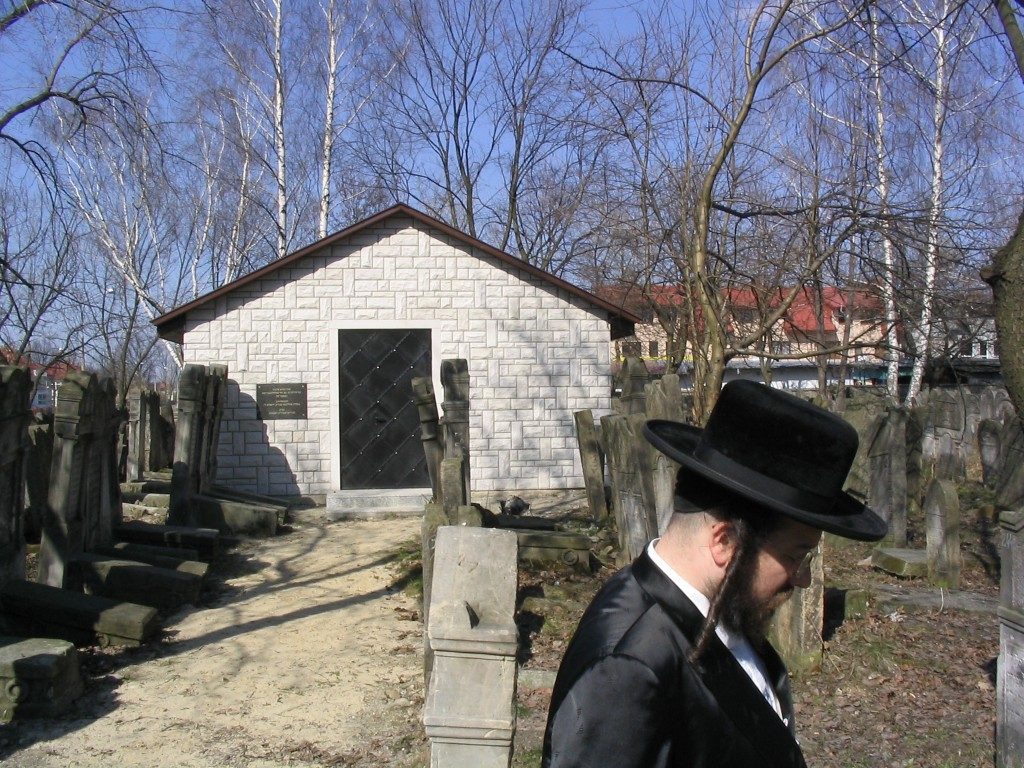 5639/1878, Jews began to prepare the ground at Petach Tikva for a new settlement.

When his father was niftar on 8 Iyar 5594/1834, Rav Nosson Dovid was just 20 years old. He tried to avoid the limelight and refused to be named successor to his father. Eventually, though, the Gedolei Hador persuaded Rav Nosson Dovid to accept a leadership position. However, he accepted the post with a condition: he explicitly refused to accept pidyonos from the Chassidim.

Later he changed his mind, after he had a dream in which his grandfather, the Yehudi Hakadosh, came to him and told him that he should accept pidyonos from petitioners. From then on, Rav Nosson Dovid did so.

His close relationship with Harav Chaim of Sanz, the Divrei Chaim, zy”a, began in 5615/1855, when Rav Nosson Dovid’s third son, Harav Shraga Yair of Bialabrezik, married the daughter of the father-in-law of the Sanzer Rav, Harav Yekusiel Shmelka of Sassov. Rav Chaim was so impressed with Rav Nosson Dovid that he agreed to become his Chassid. But in his humility, Rav Nosson Dovid did not agree and instead Rav Nosson Dovid traveled to Sanz.

One Shabbos in Sanz, Rav Nosson Dovid was requested by Rav Chaim to say divrei Torah at the tisch. Rav Nosson Dovid refused, but after Rav Chaim implored him to address the assembled, he finally consented. He started with the passuk (Vayikra 10:20), “And Moshe listened, and it was good in his eyes.” He explained that Moshe Rabbeinu usually was the one who told Bnei Yisrael about the mitzvos; this time, Aharon was the one speaking, and this is what the passuk is saying, that Moshe was content with Aharon in the speaking role, rather than speaking himself. All present understood that Rav Nosson Dovid was expressing his preference to listen to the Sanzer Rav saying divrei Torah than do so himself.

In 1787, the first of the Federalist Papers, a series of essays calling for ratification of the United States Constitution, was published.

In 1938, DuPont announced a name for its new synthetic yarn: “nylon.”

In 1978, Egyptian President Anwar Sadat and Israeli Prime Minister Menachem Begin were named winners of the Nobel Peace Prize for their progress toward achieving a Middle East accord.